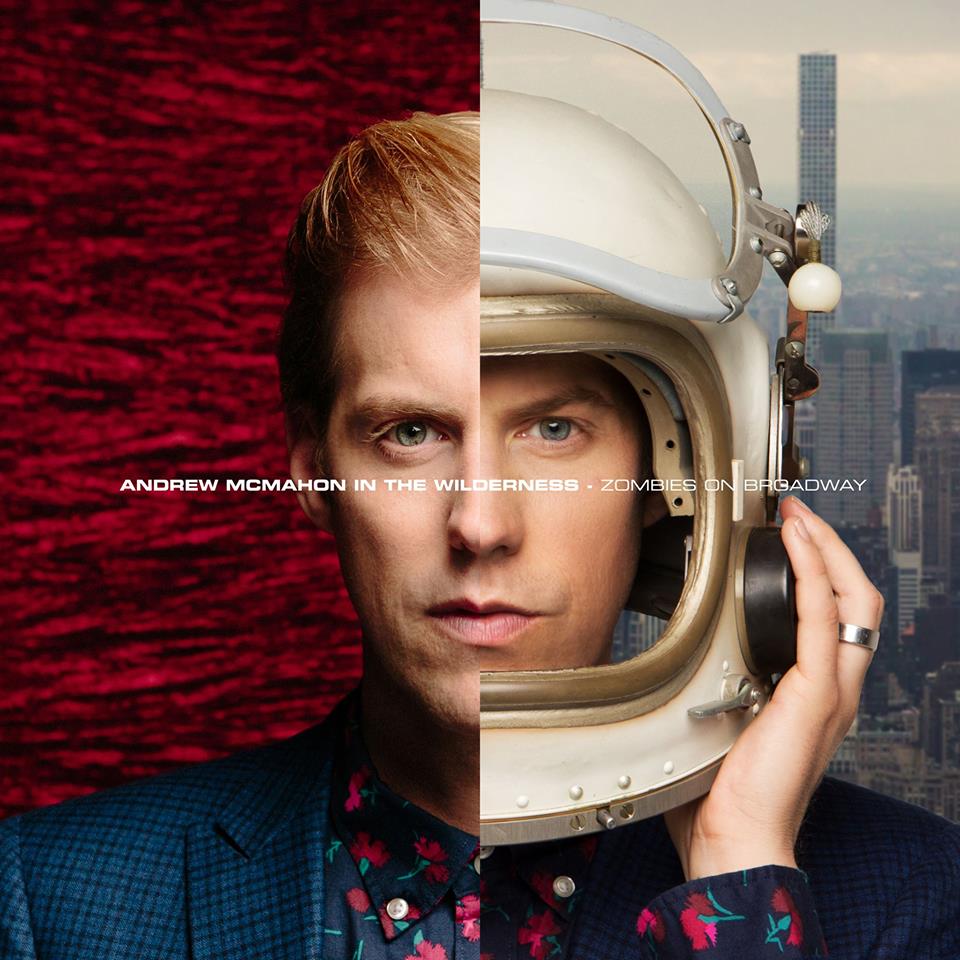 The California-based singer-songwriter returned to the Opera House last night much to the delight of the sold out crowd. McMahon is no stranger to the city, having played shows here for almost two decades with his bands Something Corporate, Jacks Mannequin and now Andrew McMahon in the Wilderness.

American alt-rock band Night Riots opened up the show at 7PM and impressed me with their high energy and ability to engage the audience, who were slowly filing in for the evening. Their 30 minute set wrapped up with the ridiculously catchy track “Contagious”, off the bands new album Love Gloom. Up next was Australian group Atlas Genius, whose live show is one you shouldn’t miss if you’re a fan of high intensity rock’n’roll performances. Their set included some of their biggest hits “Trojans”, “Stockholm” and “If So” which had fans singing along and dancing almost immediately.

At 9PM sharp Andrew McMahon and his band hit the stage with a multitude of songs off his brand new album Zombies on Broadway. His set opened with “Fire Escape” and continued with new tracks “So Close”, “Dead Man’s Dollar”, “Shot Out Of A Cannon” and “Walking In My Slee”p. He was even joined on stage later in the show by Atlas Genius front man Keith Jeffery for a collaborative performance of “Brooklyn, You’re Killing Me”.

The set continued with several Jacks Mannequin throwbacks like “Dark Blue”, “Swim” and “Holiday From Real” before going even further back in his catalogue to Something Corporate favorite “I Woke Up In A Car”. No matter how much fun the audience is having, no one loves being there as much as Andrew McMahon. His passion and energy on stage is contagious as he pounds away on his ivories, dances around the stage with a smile plastered on his face and repeatedly jumps up and down on his piano.

I can say with complete certainty that when a band says they want to be closer to the crowd, no one does it quite like Andrew McMahon. After explaining how these shows make it feel like he’s sharing the stage with the audience, he emerged with a gigantic rubber duck that he used to crowdsurf (and dole out tons of high fives) for the duration of a song. That wasn’t the only time the audience got to feel like kids again, as McMahon brought up his childhood memories of playing the parachute game and then proceeded to bring out a crowd sized parachute which engulfed fans as he ran around under it with them. It should be noted that at each show McMahon reinforces his mission to make fans forget their problems and disappear in the music for those 2 hours and he succeeds every single time.

As the show came to an end, the giant rubber duckie returned, and McMahon rode straight to the back where he high fived and thanked fans across the venue – including those sitting in the balcony. Returning to the stage for the encore, McMahon thanked the crowd for being so supportive of all the new music that was played throughout the evening and promised one more new song, “Love and Great Buildings”, before ending his set with Jacks Mannequin favorite “La La Lie” and Andrew McMahon in the Wilderness’ first single “Cecilia and the Satellite”.

It’s obvious that Andrew McMahon’s music has found a way to transcend different generations, and no matter what name he plays under fans will continue to come out for the chance to hear an old favorite or a discover something new.

Note: The Dear Jack Foundation is present all shows and Canadian fans can now sign up to be a bone marrow donor to help save lives. More information can be found here.