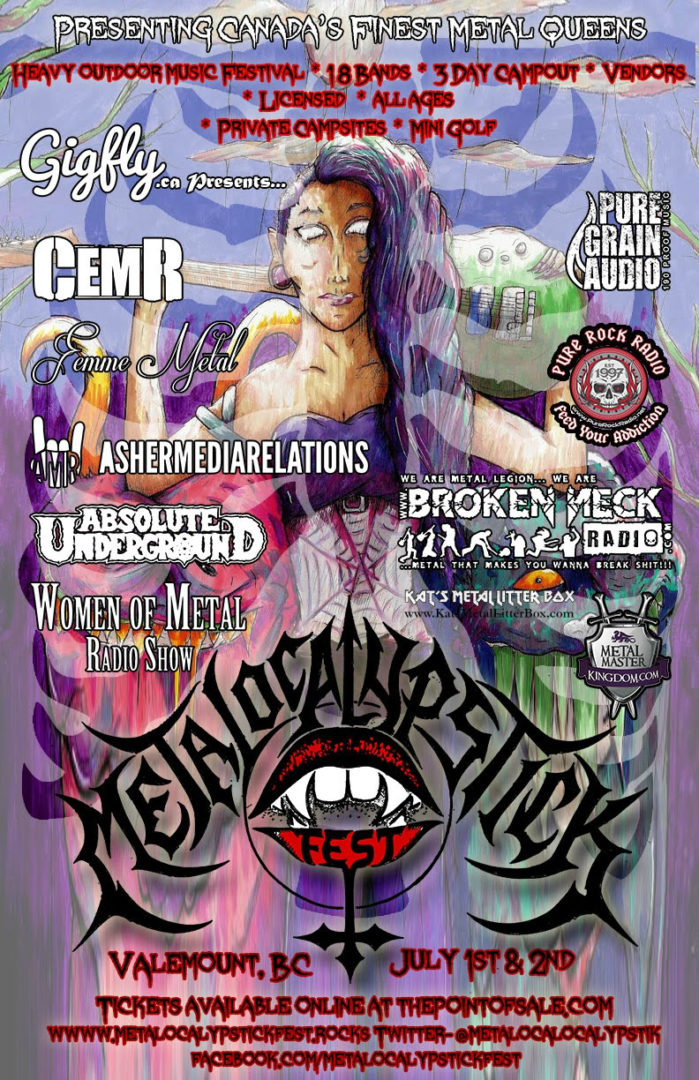 Metalocalypstick formed last year, is back for its second year. This festival is a celebration of women in metal.

They just announced their second batch of bands. Proud to say that Life Like Fire, Massive Sca Era and Breaking the Silent will be joining Forsaken Rite, Hedks, and the rest of the bands this year.

Held out in the Rockies of beautiful Jasper National Park, founder Kinney of Vancouver’s Anarcheon states “This festival means the celebration of both sexes coming together and creating something amazing. People like to say women in metal aren’t a big deal anymore and that we are all the same. I feel that is untrue, this is still a male dominated world and woman are still looked as lesser. I want to showcase all these bad ass ladies and celebrate the differences of men and woman rather than pretend we are all equal. Truth is we are different why can’t we celebrate that?”

The festival also dedicates to raise funds to local charities such as Girls Rock Camp and Vancouver’s Rape Relief and Women’s Shelter. So why not come out rock out to some metal and enjoy the scenery while helping out for a good cause?

Check out the bands and get tickets HERE!