By Remington Fioraso on April 4, 2017@https://twitter.com/RemingtonFD 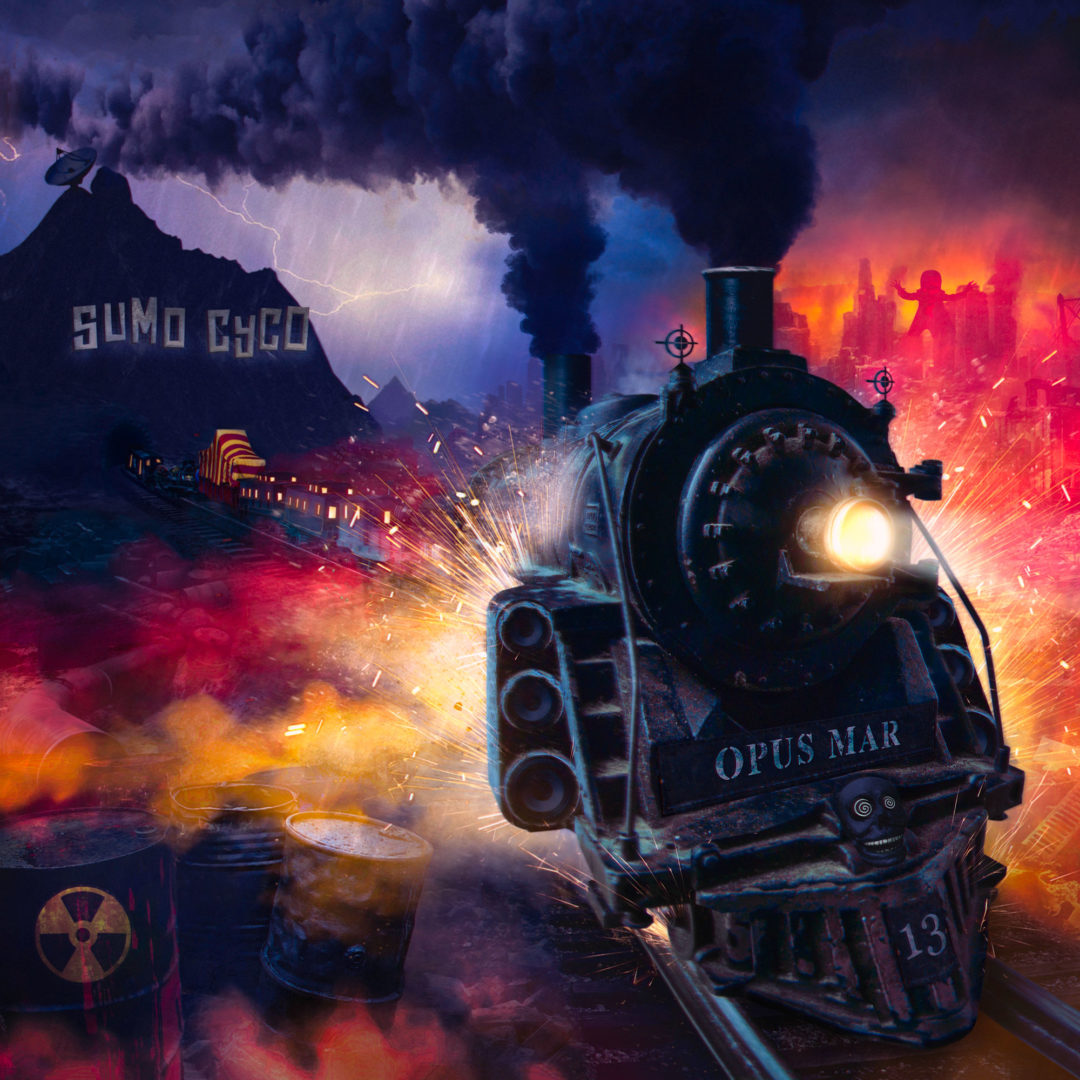 Sumo Cyco is a four-piece female-fronted group from Hamilton, Ontario.  In 2014, they released their debut album Lost in Cyco City.  Upon the release and my 2014 CB review, the album easily became one of my favourites.  It is still a regular listen from the first track to the final track.  However, when you constantly play an artist’s debut album, the follow-up can be disappointing.  Nonetheless, I was highly anticipating the follow-up album to Lost in Cyco City.

Opus Mar was released on March 31, 2017.  The album contains thirteen tracks.  Included in the track listing are the singles “Anti-Anthem” and “Move Mountains (featuring Benji Webbe of Skindred).”

Overall, I highly enjoyed the album.  It shows growth from their debut, but it does not lose the charm.  It has catchy and meaningful lyrics.  The vocals and instrumentals again shine.  Fans of the band will not be disappointed. It has quickly risen to being one of my go-to records to listen to.  My least favourite song on the album is “Move Mountains.”  Although the ‘least favourite’ designation usually infers a weak song, this is not the case for Opus Mar.  I love the track, but the album presents a very strong track list.  At the moment, my favourite tracks are “The Broadcasters (Murdering By Radio),” “Kids of Calamity,” and “Brave II.”

Rather than point a specific video for you to get a taste of the album, I recommend viewing the album previews the group released via Youtube and Facebook.  Sumo Cyco did a track by track explanation on every song allowing you to explore the inspirations, meanings, and previews of the tracks.  It’s a great record that I encourage you to check out!