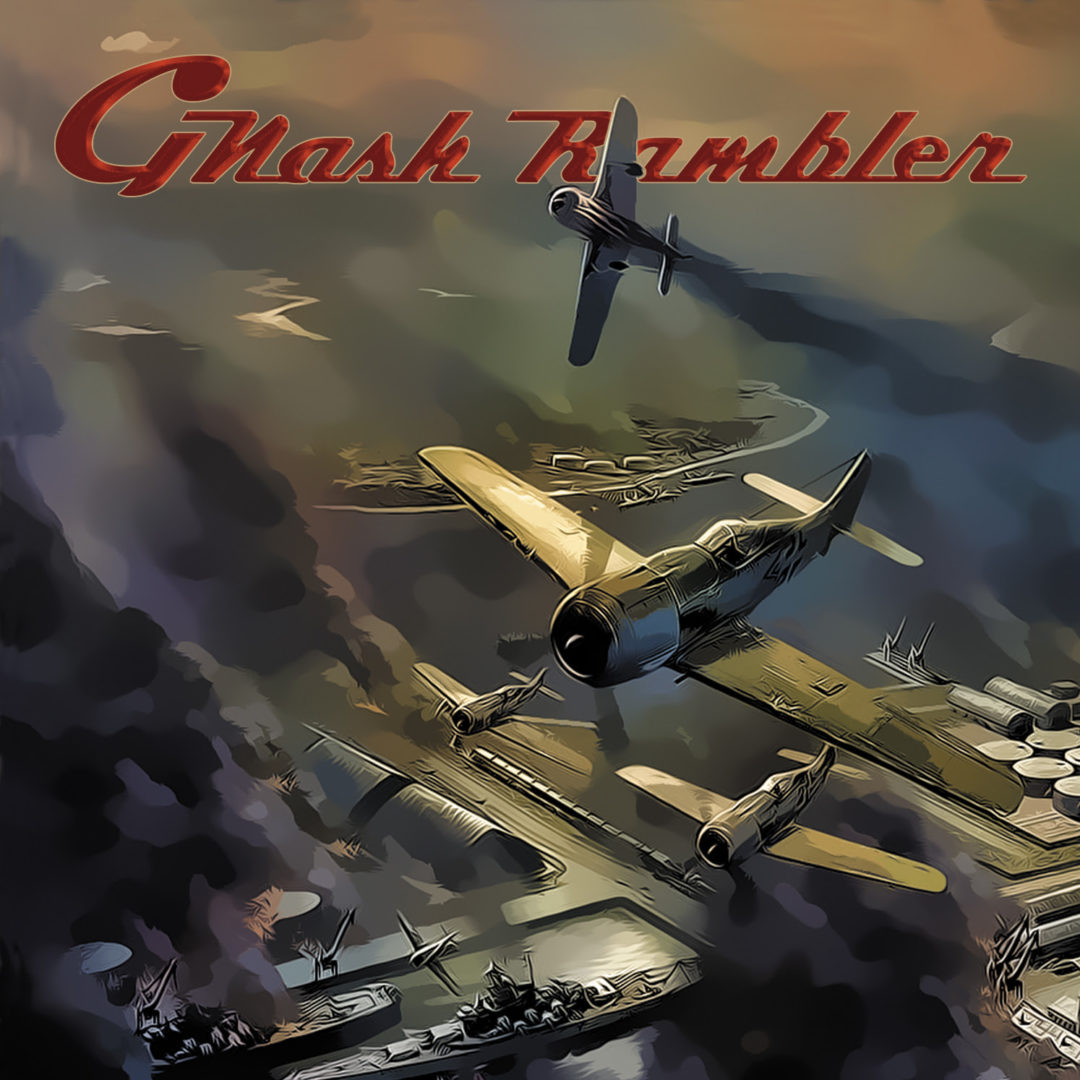 Vancouver based rock outfit Gnash Rambler have released their debut record!  By the time you’ve finished listening to Gnash Rambler, the twelve track punk blitzkrieg will have you believing that punk is very much alive despite pop punk’s best attempts to bury its predecessor in the early 2000’s.

The album opens with “No One Gives  A Fuck”, a short little ditty that is nothing short of vicious.  Upon my first listen, I thought it to be fresh, blunt, honest, and bleak.  Along with the brisk tempo and the simplicity of the song, I knew from that moment on, I would have a good time with the next ten songs.  The album continued to roll out banger after banger.  The lead single, “Bad Karma”, refuses to let up, yet features a hypnotic riff which could easily receive much praise from mainstream radio.  The best way to describe “Bad Karma” is that it sounds as if Dave Grohl was fronting The Germs.  I’ll happily take a heaping helping of that!  The song continues to showcase a richer dynamic through the bands great use of three part harmonies which gently contrast from the rough and dissonance of the main riff.

As a means of creating space between the ferocious nature of tracks like “Downtown Rock”, “Jello Mold”, and “I’m Het” Gnash Rambler threw a blues number in.  “Blues For Boogie” takes a hint from Black Sabbath to provide a bluesey track that remains heavy enough to fit in with the rest of the record, but breathes a new sense of life into the record, making Gnash Rambler a much more versatile band.  While picking a favorite track from the record is certainly difficult, one which stands out to me is the almost completely instrumental “Buick Spyder Beyond Our Means”, a track which delivers funky driven rock through unique riffs and builds up into a more aggressive pulse, featuring an absolutely killer guitar solo.

Gnash Rambler is a punk band.  Not like how Fallout boy is a punk band, or how any other bunch of angsty teens get labeled as punks.  Gnash Rambler is punk rock. Real punk rock.  Crunching chords, blistering tempos, simple song structures, narratives of frustration and longing for better, and a certain attitude that says “fuck you, I’m gonna play what I want”!  This is a record that picks up where The Ramones left off, veering into a direction that Green Day once ruled before they sold out, yet remains unique against most punk bands for their use of positively dramatic guitar solos- reminiscent of Iggy and The Stooges!  There is definitely something refreshing in a punk band where all members can play their instrument really well; rather than coast on speed and aggressive flair to attract attention, Gnash Rambler showcase a wide variety of feels and effects across their debut record to create a punk rock album that actually connects into the popular singer-songwriter scene.  While this resemblance resides in their song writing, it is certainly faint, and does not infringe on the punk rock, which is certainly top shelf quality.  Gnash Rambler is a record that pays respect to past generations through their use of authentic punk forms and styles, while welcoming the future through a level of sophistication in both the writing and performance.