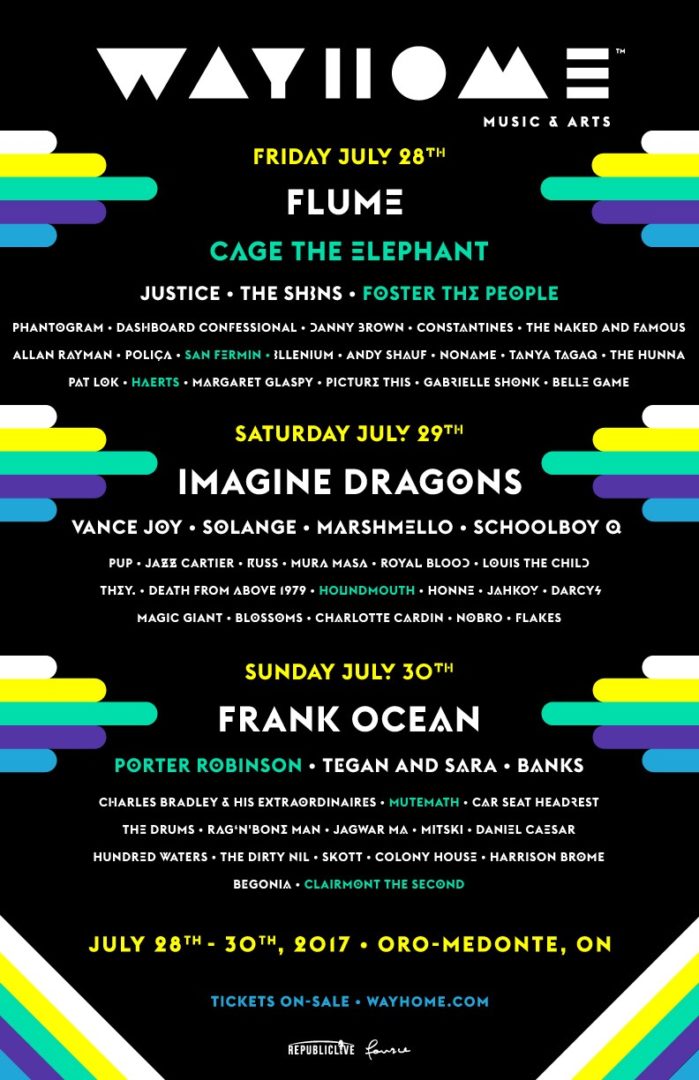 Today WayHome Music & Arts Festival announced the second wave of artists that will be converging at Burl’s Creek this July. Joining the initial line will be rockers Cage the Elephant, melodic pop duo Foster the People, producer Porter Robinson among others. Of the lineup, Republic Live Creative Director, Ryan Howes says “The new additions to the WayHome 2017 lineup has really completed the multi-genre lineup for live music fans across Canada“.

Tier 1 weekend passes for the annual three day camping festival can be purchased at www.wayhome.com for $299.99 for general admission and $599.99 for VIP with payment plans available until March 31st. Monday April 3rd will see a limited number of single day passes being made available for $89.99.