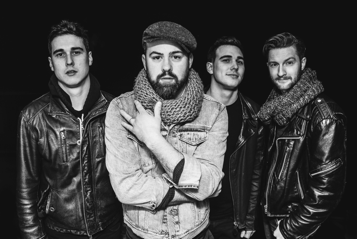 It’s been a very busy month for Winnipeg’s own VIKINGS.

On March 10 the band released the latest EP Animal Kingdom and followed that up with the announcement of tour dates in Ontario and Quebec. As if that wasn’t busy enough they’ve also debuted their new music video for Queen of the Night!

“Queen Of The Night is a dream-like interpretation of the laws of attraction,” the band comments. “Those moments when the rest of the word fades to black and one person’s gaze is all consuming. It ebbs and flows as if stuck lucid, in and out of sleep. It burns slow, hazy eyed and reckless and begs the question. Is it real? Or do we simply wake up in the end?” – Director Nic Kriellaars

The tour will kick off on May 4 in St. Catharines and will see the band making stops in Toronto, Guelph, Windsor, Montreal and Ottawa – with more dates set to be announced soon!

May 5 – Toronto, ON – Drake Underground

*more to be announced soon!

Share this:
Related ItemsAnimal KingdomIndoor RecessManitoba Musicqueen of the nightVIKINGSWinnipeg
← Previous Story L CON releases new video for “How Much Shall We Bet’
Next Story → Beautiful Nothing releases video for ‘Must Be Dreaming”