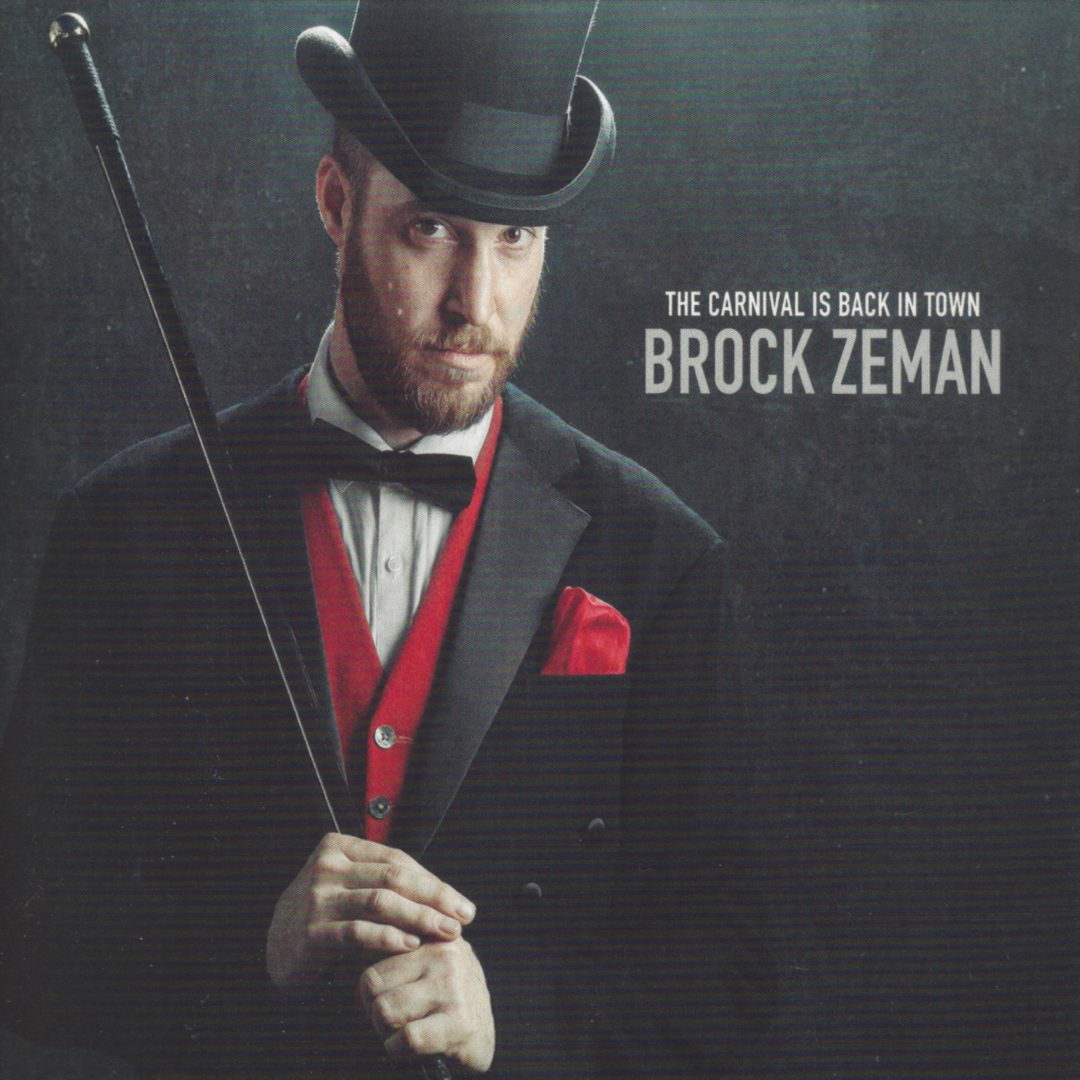 Album: The Carnival Is Back In Town
Release date: March 3, 2017
Download
Genre: Roots/Americana

Canadian singer-songwriter Brock Zeman is turning heads with his 11th album, The Carnival Is Back In Town. As the founder of Mud Records, Zeman has been hailed as an inexhaustible performer, having played in a myriad of Canada’s major music festivals and in over 200 live performances in North America every year for the past decade. His 14-track collection is a callback to the strong lyricism praised by both Exlaim! magazine and the CKUA, this time steeping his songs in a carnival theme for an added layer of imagery and intrigue.

Track 9, however, “Freakshow”, burns that slow-rising curtain to a crisp: it comes at the tail-end of the album as though the lions of Zeman’s circus has chewed through their cages, all brisk pace and punchy beats and vocals filed to a knife-sharp rasp. It’s a frenzy of a song in which Zeman becomes the circus master he’s singing about, masterfully transporting his audience to be in the midst of the turmoil—a harmonious hurricane of transformative acting, evocative lyrics, and unadulterated originality that is both awing to the practiced ear and toe-tappingly catchy to the casual listener.

Imaginative, captivating, and varied in terms of both pace and sound, The Carnival Is Back In Town is a must-hear. Zeman is currently on tour across Canada and select states until late June, and definitely shouldn’t be missed.