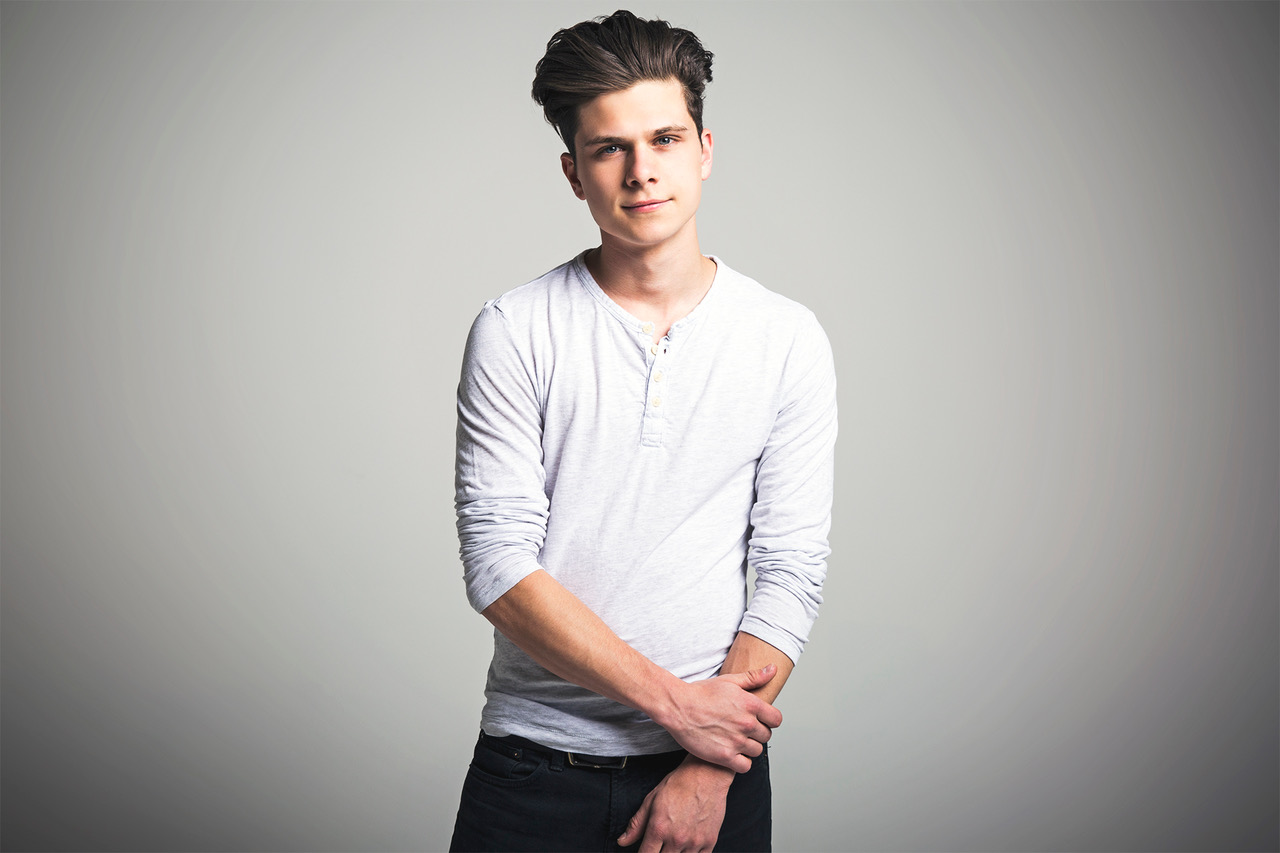 We recently had the chance to conduct a Five Questions With segment with Ottawa, ON based pop/rock singer-songwriter, Andrew Waines. Andrew has recently released his single, “Loving Carefully” along with a video teaser, which you can see below. Enjoy!

Yes, of course. My name is Andrew Waines and I am a pop/rock singer-songwriter from Ottawa, Ontario. I have been playing music professionally over the past five years, but my first instrument was the guitar.

I took up the guitar shortly after my brother had joined the guitar club at school (naturally I had to compete with him), and became obsessed with music, especially classic rock music because of how guitar-driven it was. When the guitar club was over, I started guitar lessons with Dan Hay of The Fully Down and Amos The Transparent. He gave me so much guidance which allowed me to hone my craft properly.

After four years of lessons, I was referred for the role of guitarist for an up-and-coming country project that my current manager had started with his partner. I went from being a high school student involved in sports to a full-time gigging musician. We had rehearsals 3-4 times a week, played tons of shows and constantly worked on perfecting the art of the live performance. I had the amazing opportunity to play huge venues like Ottawa Bluesfest, Boots and Hearts, Cavendish Beach Festival and Dauphin Countryfest to name a few, and get to talk to older experienced musicians and get their advice on being successful in this industry. Additionally, I was able to do CTV Morning Live and many radio station visits across Canada.

After playing for this country project for quite some time, I began doing a lot of session guitar work for other local artists for more morning shows and radio stations until I decided that I wanted to pursue my own career. I started listening to John Mayer’s music and this struck a chord inside me. His lyrics and musicality inspired me to start writing songs that move people. After some months of writing, I took to YouTube doing covers of popular songs to gain an audience and also on Instagram doing requests engaging with fans more closely.

Late last year, I wrote my first single, Loving Carefully, down in Nashville and recorded it with the amazing Maks Gabriel who produced the track. My team and I then began planning a music video for the song, and we decided that St. Lucia would be the perfect fit. With Maxym Perron’s direction, we were able to piece together a music video that compliments the song very nicely if I do say so myself!

Aside from music, I am a 2nd year student at Carleton University in the Finance program and a guitar/bass/ukulele/mandolin teacher. It’s tricky balancing everything, but I wouldn’t have it any other way.

My music falls into the pop/rock category combined with a range of musical influences from country to blues to rock music! The artists that have really shaped my writing are John Mayer, Shawn Mendes, Ed Sheeran, The 1975, The Arkells, Eric Clapton and too many others to name! But those are the main ones.

As I mentioned, my main instrument aside from singing is the guitar, so I usually start with the music part of a song and then write words to it.

I have a couple shows coming up this summer including a Canada Day performance at Walter Baker Park in Ottawa, ZEALFEST at Algonquin College in August and the Marmora Fair in September. Live shows for me are the best way for an artist to truly connect with an audience and put on a show that’s just different from the recording. This is a big deal for me because growing up I remember watching all my idols performing their songs with extended intros, song twists and other cool changes that made the performance so unique; so one of my goals as a musician is to bring that same level of creativity to an audience.

If you were asked to suggest only one of your songs for someone to hear, which would it be? I have only released one original song being Loving Carefully since I am currently in the studio working on my first EP, so I would recommend that one for someone to listen to!!

Canadian Beats is all about Canadian music, so who are your current favourite Canadian bands/ artists? I am such a huge supporter of Canadian music. In the past decade, there has been a huge rise in the amount of talent coming out of this amazing country which inspires me to keep working hard to one day be just as successful. Some of my favourite Canadian artists are Shawn Mendes, The Weeknd, City and Colour, Alessia Cara, Arkells, Marianas Trench, Monster Truck, Philip Sayce and so many others.