Following the successful release of their sophomore album, Wild World, British indie pop band, Bastille, has embarked on a world tour running through the end of the summer. On behalf of Canadian Beats, I had the pleasure of catching the group at the Bell Centre for their stop in Montreal. Opening up the show was Mondo Cozmo, the stage name of singer/songwriter Josh Ostrander. A bit more on the mellow side than the headliners, the standout performance of their set was single “Shine” followed by a cover of The Verve’s “Bittersweet Symphony.”

Bastille managed to create a set that was not only incredible to hear, but visually stimulating as well. Beginning in the 30-minute interval between bands, a video played across the screens depicting the politician-like figure from the “Fake It” music video mouthing lyrics in front of a green screen. Despite the character’s somewhat negative portrayal, he stuck with us throughout the night, often appearing in between (or even during) certain songs. The apparent 1984 theme was a bit unsettling, definitely weird at times, but managed to create an environment that was both entertaining and thought provoking. Front-man Dan Smith touched on this idea before playing “Snakes,” a song about going out drinking with friends as a distraction when the world seems too messed up.

Over the course of the night, Bastille treated us to a perfect blend of songs from their platinum debut record, Bad Blood, and last year’s Wild World. With commentary and particularly corny jokes interspersed between most songs, Dan continuously tried to engage the crowd, keeping us involved in the show (which is no small feat with such a large audience). He frequently left the stage to walk through the crowd and interact with fans, gaining one of the greatest reactions of the night when he first stepped down for “Flaws.” The band even gave fans the ability to vote on Twitter for a song to add to their set list, which ended up being “Way Beyond” from the extended edition of the new record. 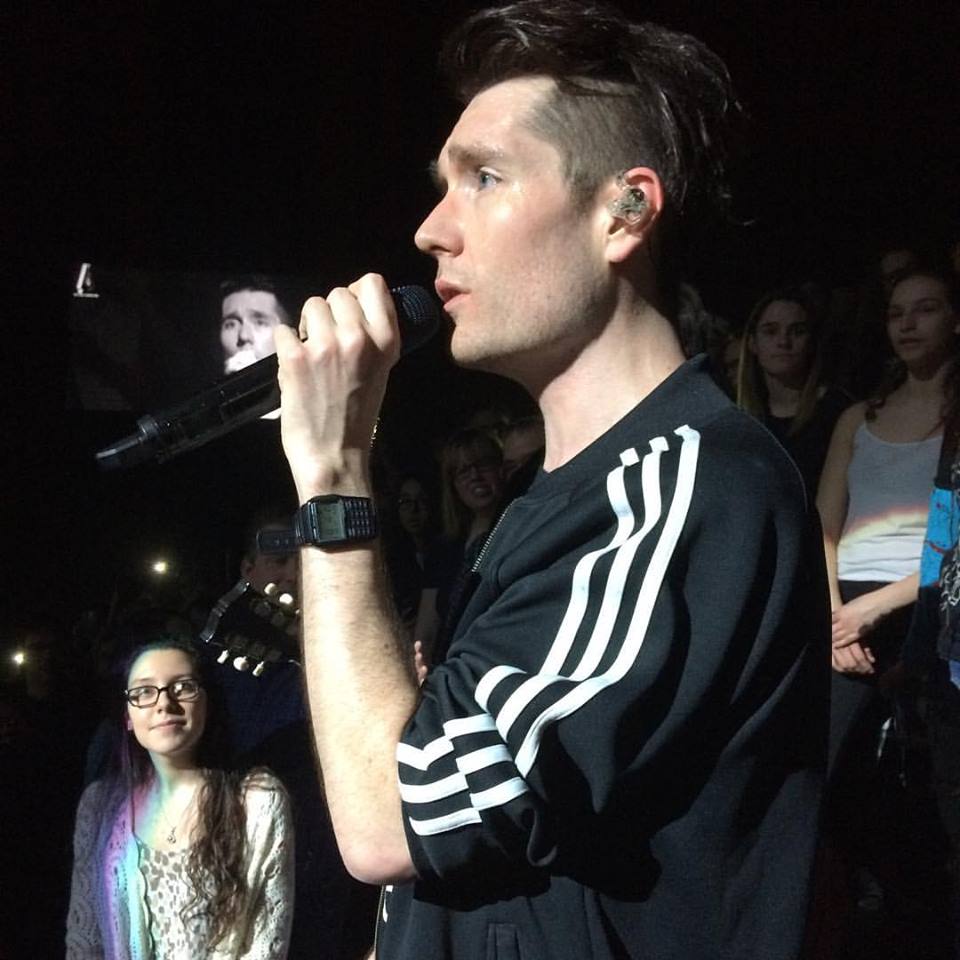 A highlight of the night was hearing “Four Walls (The Ballad of Perry Smith),” a song inspired by Truman Capote’s In Cold Blood, and what Dan referred to as the most depressing thing they have ever recorded. A soft, somber ballad, the performance ended with an incredible solo by guitarist Will Farquarson. The visuals perfectly complemented the song, with the lighting and background video in all black and white to reflect the mood. Other memorable moments included hearing my old personal favorites, “Oblivion” and “The Draw,” and dancing along to Bastille’s pop cover “Of The Night.”

Bastille ended their set with “Glory” as a video played in the background depicting the creation of their new album cover, followed by their ‘deceptively happy sounding’ single, “Good Grief.” The band began their encore with “Two Evils,” which Dan and Will played in the middle of the crowd, then returned to the stage for “Icarus.” The evening came to an end with the group’s breakout single, “Pompeii,” which they played with Mondo Cozmo. With seemingly limitless energy, Bastille certainly created an unforgettable experience for their fans, garnering a response that is likely to bring them back to Montreal in the near future.