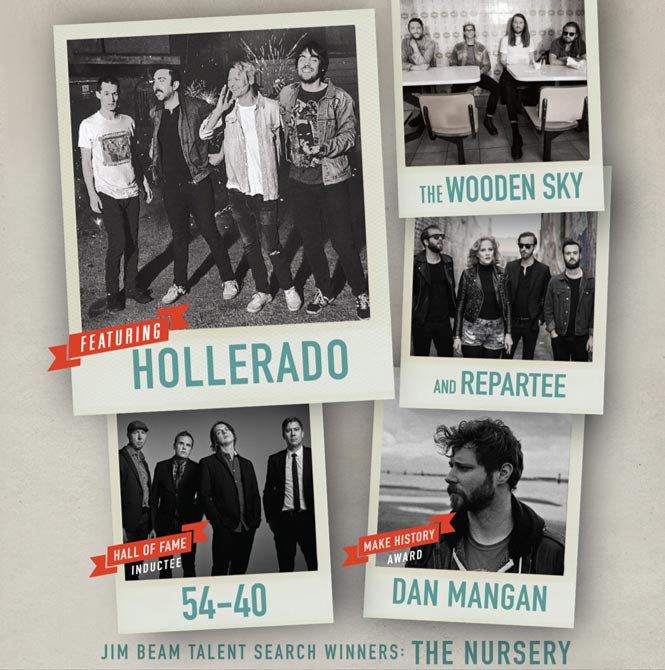 Canadian Music Week has announced the nominees for the 2017 Indies – the 17th Annual Independent Music Awards – presented by Jim Beam with Indie88. Wintersleep, The Strumbellas, July Talk, Kaytranada, Charlotte Day Wilson, Tanya Tagaq, Jazz Cartier and A Tribe Called Red are some of the nominees alongside a number of artists being honoured across 14 categories on Wednesday April 19th at the Phoenix Concert Theatre in Toronto.

The Jim Beam INDIES with Indie88 is supported by The Ontario Media Development Corporation through the Ontario Music Fund, and recognizes the best and brightest talent that independent music has to offer.

This year’s awards will be hosted by Indie88’s Matt Hart and Josie Dye, and will feature performances by Hollerado, The Wooden Sky, Repartee (nominated for Pop Artist/Group Of The Year), The Nursery (winners of the Jim Beam Make History Talent Search), Dan Mangan (recipient of the Make History Award), and a special set from 54-40 (Hall Of Fame Inductees).

For more information and to purchase tickets go to https://cmw.net/music/shows/indies-w-indie88/.

To purchase a festival wristband, visit https://cmw.net/music/wristbands/. Keep in mind that limited #CMW2017 wristbands/passes will be accepted for the Jim Beam INDIES with Indie88.

Public and industry votes decide the winners. Fans can vote online at http://www.indies.ca.

Album of the Year
A Tribe Called Red – We are the Halluci Nation
Andy Shauf– The Party
Basia Bulat – Good Advice
Kaytranada – 99.9%
PUP – The Dream is Over

Songwriter of the Year
Andy Shauf – Quite Like You; the Magician
Bob Moses – Tearing Me Up
Dan Mangan – Race to the Bottom
Kai – Never Be Like You (Feat. Flume)
The Strumbellas – Spirits; We Don’t Know