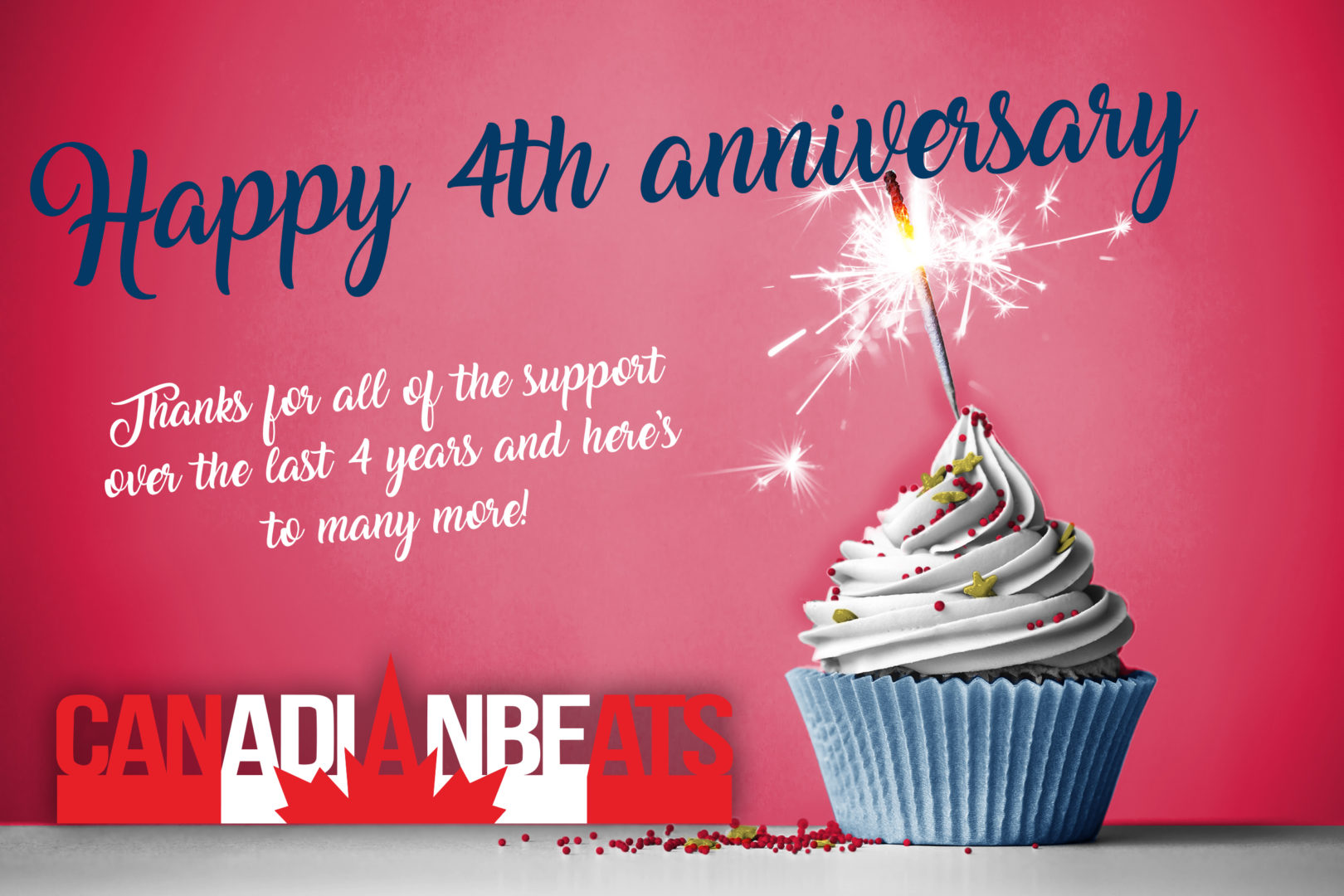 It was four years ago today, March 25, 2013, that Jenna Melanson started Canadian Beats and what a ride it has been since then. Building a fantastic team of dedicated writers and photographers who have a love of all genres of Canadian music. With several thousand reviews, interviews and photos covering concerts, albums, EP’s, videos, festivals and award shows, there aren’t too many places we haven’t been. Our biggest honour is being nominated for the 2017 East Coast Music Awards, being held the end of April. We look forward to bringing you many more years of service and are always striving to bring you new features and introduce you to the next wave of musical artists. Thank you for supporting us on this journey! Now, here are our final five contributors and some of their special moments.

Name: Heather Young
When You Joined CB: March 2015
Favourite Interview: My phoner with Cone From Sum 41
Favourite Album You Reviewed: Coleman Hell- Summerland
Favourite Show You’ve Attended: This is always so hard to answer, I have favourite parts of every single show I attend…But if Juno’s count, then Juno‘s all the way!
Favourite Photo You’ve taken: I think it would have to be a photo I took of Nick Carter of the Backstreet Boys. That had 14 year old Heather fangirling hard! Lol 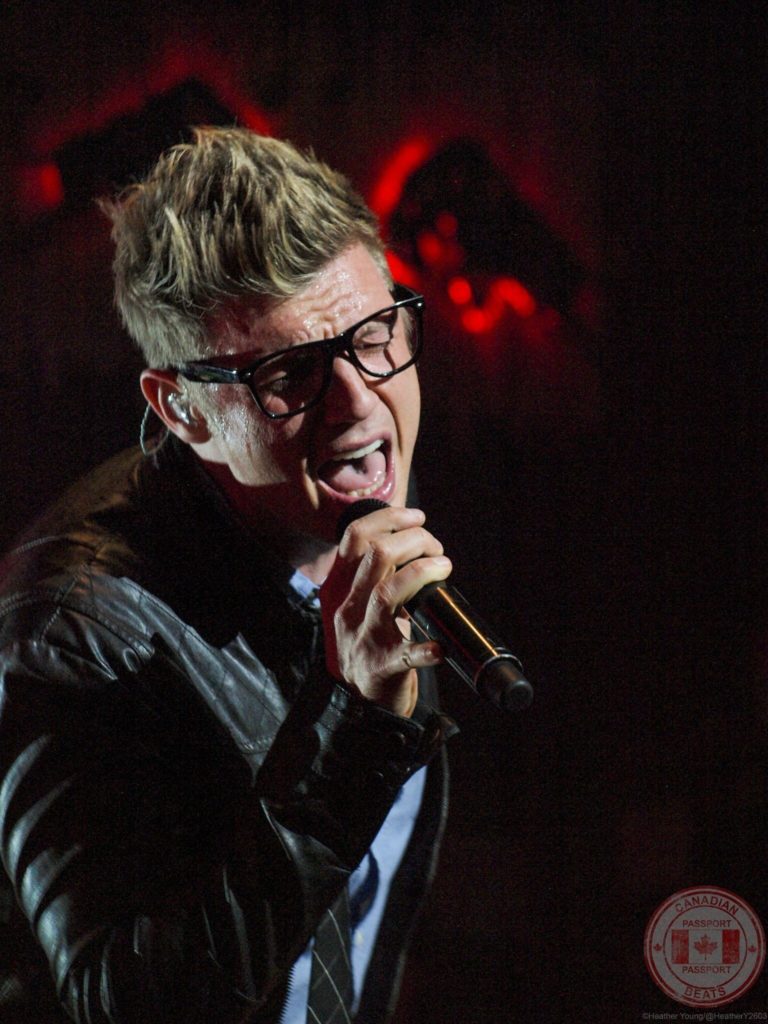 Favourite Memory: My favourite memory is Juno weekend 2016. Everything about covering that was incredible. I loved mingling with the industry, and enjoying so much talent all in one weekend. I learned a lot that weekend as well.
How You Feel About Being a CB Contributor: I love working for CB, I’ve learned a lot about myself and the industry I am so passionate about. I’m very thankful for the opportunities and experiences that CB has given me.
Goal for yourself for CB: I hope that I continue to build and learn within CB, I hope I can start getting a little more out of my comfort zone and accomplish more and more as a CB team member.

Name: Jordyn Meade-Baxter
When You Joined CB: Almost 4 years ago, shortly after we started!
Favourite Interview: If we’re talking about my favourite interview I did, it was the email interview with Finger Eleven, or video with Harbour.
Favourite Album You Reviewed: OH! So many, can’t choose.
Favourite Show You’ve Attended: Probably the East Pointers in PEI. Definitely blew me away.
Favourite Photo You’ve taken: This is of Harbour in Fredericton last year. It’s my favourite photo because my friend looks so starstruck with the band. We both find it hilarious. 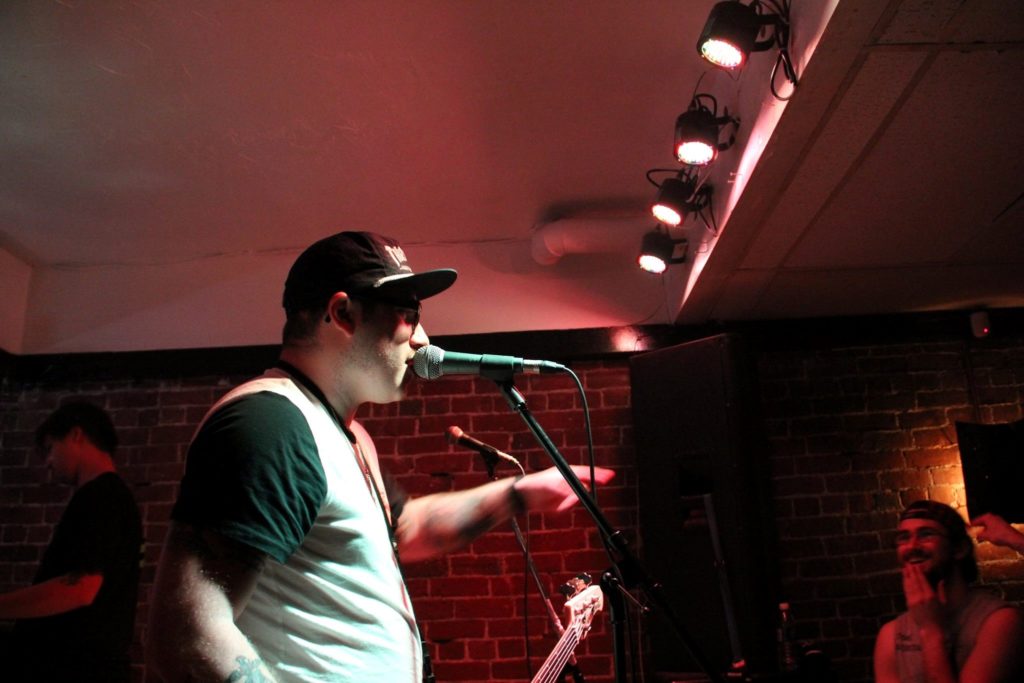 Favourite Memory: When Amanda and I did the interview with the East Pointers. It was Friday the 13th and it showed. It was our first video interview too, so just everything went wrong. It didn’t turn out too bad and we threw the joke in the video, but it was a good learning curve and definitely a favourite memory.
How You Feel About Being a CB Contributor: I think it’s great. I love meeting the new people and making connections I hope to use in my career.
Goal for yourself for CB: I just hope that I get to discover more amazing bands/artists and expand my horizons as a journalist. I look forward to covering more and more. Also super pumped to be going to the ECMAs.

Name: Amanda Hather
When You Joined CB: I joined Canadian Beats shortly after it started, I think sometime around April 2013. When I joined I was the third writer brought on, shortly after Tara Thompson and Jenna Melanson starting the website.
Favourite Interview: I have several favourite interviews I’ve conducted for various reasons. My first favourite was with Krikit Liddle of Faber Drive because it was the first in person interview I had ever done, plus when you’re still slightly freaking out as a fan it’s slightly more than cool to just chill out in a band’s trailer. My second favourite would be the two I conducted with Matt Webb for Marianas Trench over email and the over the phone interview I did with him for his solo work. It was the first time I had done a phone interview and it was with one of my favourite artists, being nervous was an understatement. My last favourite was the phone interview I did with Randy Bachman. I grew up listening to both The Guess Who and Bachman-Turner Overdrive so being able to talk to him, even if only for twenty minutes, was such an honour.
Favourite Album You Reviewed: Over the last four years I’ve reviewed so many albums and EP’s it’s almost impossible to think of a favourite. Just with the emotional connection I have with Marianas Trench and being a fan of theirs for over eight years, being able to review Astoria before it was released was definitely a new experience and getting to listen to the album before most of the people I know was something of a bragging right.
Favourite Show You’ve Attended: Hands down the When The Lights Go Down Tour with Jess Moskaluke, Bobby Wills and Chad Brownlee. I hadn’t listened to any of them before the show but I left with two out of the three albums, a picture with them, and a signed poster of the three of them because they impressed me on a new level.
Favourite Photo You’ve taken: It’s not the greatest quality of picture but it was one of the first shows I attended to review and the set up in the Brewery was absolutely stunning. The crowd was amazing and the performances were phenomenal. 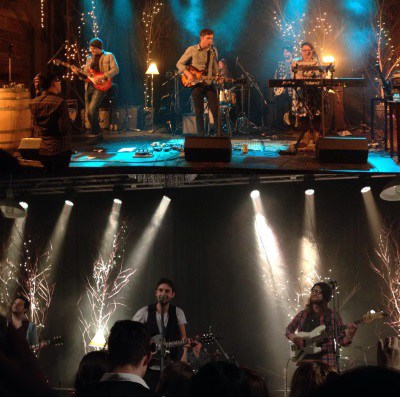 Favourite Memory: When fellow contributor Jordyn Meade-Baxter and I went to Charlottetown to interview The East Pointers and cover their hometown release party of their album, so many things went wrong on that trip. It started with the weather, it was foggy and rainy and driving for four hours was not the funnest of things to deal with. Our equipment was acting up, half of the interview didn’t end up being recorded, it was just a mess from the start.
But it was also one of the funniest interviews I was a part of, the performance was amazing, and the guys in the band were such sweethearts. Plus when someone like Tim Chaisson remembers who you are, your heart tends to flutter a tad bit.
How You Feel About Being a CB Contributor: It’s been an amazing experience. I’ve gotten to meet so many people, see so many shows and be introduced to so many more artists’ music than I would have had I just been a fan of music as I was before.
Goal for yourself for CB: I haven’t had much time for Canadian Beats in the last few months. Jobs and life keep getting in the way so my main goal is to be able to write as much as I used to.

Name: Tara Thompson
When You Joined CB: I went through to find the post from when Jenna used to introduce each new writer and it was posted on April 30th 2013, so I guess then!
Favourite Interview: These Kids Wear Crowns was a really cool one for me! It was super interesting what they went through with their label.
Favourite Album You Reviewed: Coldfront’s Is This Where They Found You and Mystery Weekend’s Surprise!
Favourite Show You’ve Attended: I have a special spot for the Another North album release back in 2014 – they quickly became one of my favourite local acts – great guys too! Also Hey Rosetta! on Canada Day 2016 was my first time shooting a big show so that was fun, and George Street Fest! Waterfront Fires album release was super fun! I have so many favourites!
Favourite Photo You’ve taken: 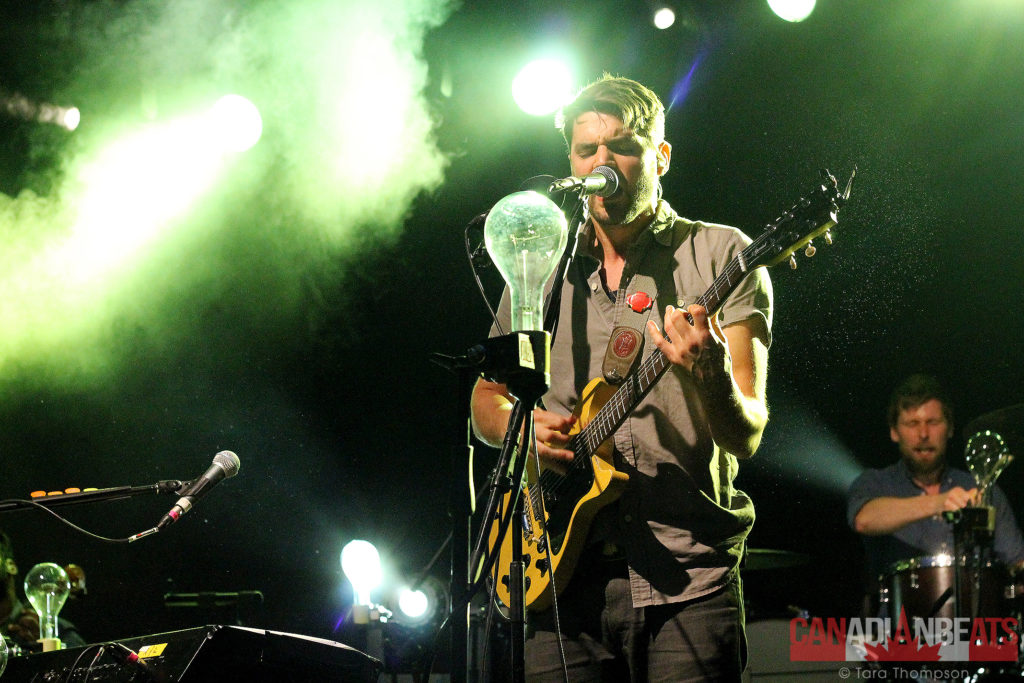 Favourite Memory: I covered ECMW in 2015 and I had this really cool moment at one of the panels and they were taking about local music being the soundtrack to people’s lives, while I was sitting in between members of some of my favourite local bands and who’s bands are a big part of my life! I got goosebumps and everything!
How You Feel About Being a CB Contributor: Being part of CB is super rad. It’s crazy to see how far we’ve gone, especially since I was the first contributor (after Jenna). I’ve seen a lot of people come and go and I think we have a really strong group who are passionate about supporting Canadian music.
Goal for yourself for CB: I’m not sure I really have a goal to be honest, I just want to keep hearing rad music and seeing some live shows.

Name: Jenna Melanson
When You Joined CB: I founded Canadian Beats on March 25, 2013
Favourite Interview: My favourite interview that I’ve done is my email interview with Max Kerman from Arkells. They are one of my favourite bands and his answers were great.
Favourite Album You Reviewed: I’ve reviewed many many albums, so I have had quite a few favourites, but one that sticks out in my mind is Mike Evin’s “Life As A Lover”.
Favourite Show You’ve Attended: My favourite show attended has to be Sea Perry in Halifax. It was an intimate show, the band had a ton of fun and so did I. It helped that we also got a chance to chat and hang out with the band after.
Favourite Photo: After the Sea Perry show, I got my photo taken with them (Shawn, Chad & Chris). Photo by James Melanson 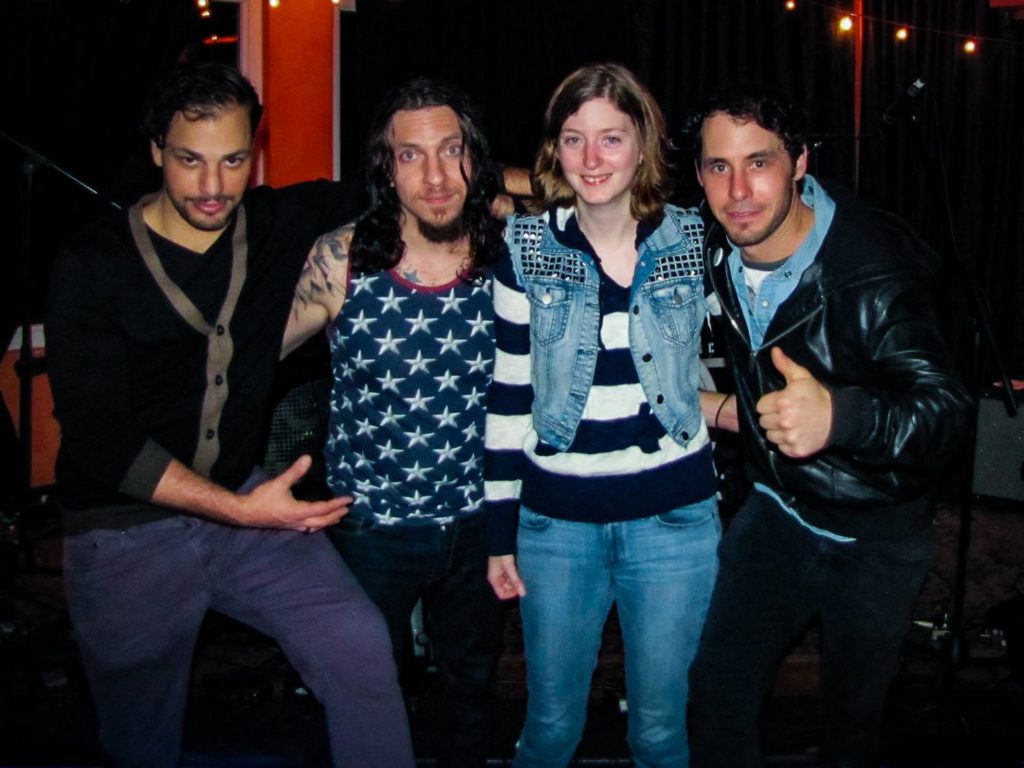 Favourite Memory: Many of my favourite memories have happened very recently, such as being nominated for an ECMA Award for Media Outlet of the Year. But other than that, my favourite memory would be when I was able to attend the Canadian Country Music Awards in Halifax. It was a great learning experience, and a ton of fun.
How You Feel About Being a CB Contributor: Canadian Beats is my life, it’s my passion and although it’s a lot of work on a daily basis, I wouldn’t trade it! I also want to thank all of Canadian Beats contributors for doing what you do to make Canadian Beats possible. Also a big shout out to my husband, James Melanson who does all the behind the scenes website work, and does a great job at it!
Goal for yourself for CB: My goal for Canadian Beats is to continue to promote Canadian music to the best of our abilities, attend as many festivals, shows and events as possible and make the world know our name.