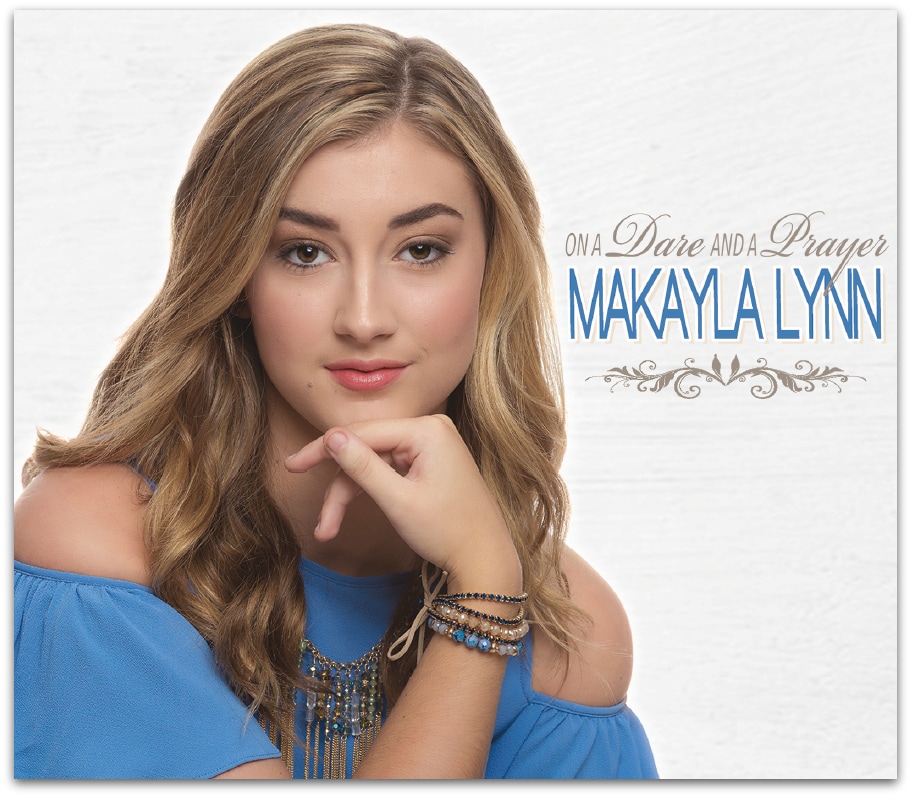 Album: On a Dare and a Prayer
Release Date: March 24, 2017
Download
Genre: Country

Makayla Lynn has had more to her country music career before her Sweet 16th birthday party than most of us can imagine to have in a lifetime. Lynn has added songwriting credits, high profile performances, and three self-produced albums to her already impressive resume. Lynn has had the opportunity to open and perform with major music acts, earned herself multiple music award nominations, and catch the eye and attention of some of the industry’s biggest artists and musicians.

Out now, Lynn has just added another album into another chapter of her musical story. On a Dare and a Prayer contains twelve songs, with eleven of them containing Lynn’s well-crafted songwriting skills. Recorded in Nashville, On a Dare and a Prayer was brought to life in the Starstruck Studios (Reba McEntire) alongside producer Smith Curry (Rascal Flatts, Taylor Swift, and Randy Travis).

The album opens with the track “Joyride” which easily introduces you to Lynn’s sweet country vocals, coupled with the tunes catchy melody. “That’s Why I Love You” keeps the pace of the album going. Lynn slows it down to show some raw emotion in her vocal performance on “Devil Leads,” the only track without songwriting credits to Lynn. “One Plus One” is the albums debut single. This toe-tapper competes on equal playing fields with anything else you would catch playing on your local radio station.

You can definitely hear Lynn’s musical maturity and talents throughout the entire album. On a Dare and a Prayer has great consistency, musical elements, and a well polished “Nashville” sound that is not only impressive, but infectious. What Lynn lacks in age, she makes up for with high quality talent and hard work. By the way of Nova Scotia, this east coast teen has great potential to take the Canadian country music scene by complete storm.

On a Dare and a Prayer Track List:
Joyride
Thats Why I Love You
Devil Leads
One Plus One
Life Lesson Worth Living
A Little In Love
Dear Karma
Sweet Simon
Hit the Deck
Fallen Hero
Twisted
I Can See Us