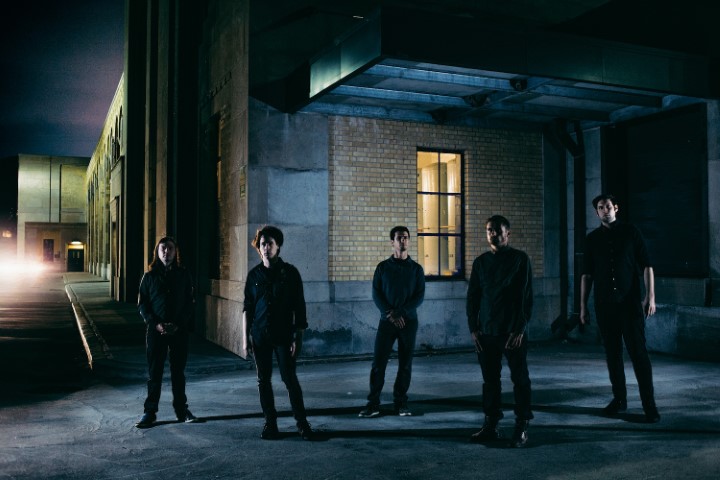 Burlington based indie rockers Beautiful Nothing are gearing up to release their sophomore album Sleep Walk on March 24th. With an album release party at The Silver Dollar in Toronto on March 29th, we caught up with the band to ask about the new album and what they’re most excited for this year.

We’re a 5 piece indie/electro/rock band with three brothers and two pseudo brothers who grew up together in Burlington, Ontario. We try and create music that’s unique and experimental while still offering something for the mainstream music lovers.

Your set to release your sophomore album, Sleep Walk, in just a few weeks. Do you feel that the writing and recording process was a lot different from the first album?

It was completely different… We took these songs from hours and hours of recording experiments, distilled it down to some really cool and key parts, then built them back up again. The process of putting this album together was a lot more intuitive, and sonically there’s a lot more textures. Because there was no prior expectation to what the end result of the album would be, the actual result is much more immediate and personal.This time we operated outside of the typical rock-band recording process of writing, rehearsing, demoing, then, recording. The recorded result is built directly from the initial feelings that inspired the songs, making the recording and writing methods for this project one in the same.

The album release party is set for March 29th at the Silver Dollar Room in Toronto which has hosted tons of incredible acts in its almost 60 years open and is set to close in the coming months. Why did you decide to have your album release there? How do you feel about possibly being one of the last bands to play the loved venue?

We’ve been going to shows at The Silver Dollar Room for years and have discovered so many cool artists there that we otherwise would’ve probably never known about. Dan Burke is such a great promoter and consistently seeks out new and exciting acts to perform. We wanted to have a small part in its legacy before potentially closing for good and feel saddened by the fact we may be one of the last bands to play there.

The closing of The Silver Dollar though, doesn’t have to be a negative thing. I think it should be looked at as an opportunity for the music community to come together and forge ahead even with the lack of venues. Some of the best shows we’ve played were put on by musicians in rooms or halls converted into venues for the night. There’s something special about pop-up shows and I’d love to be involved in more of them

You kicked off 2017 with a tour in support of your new single, “Million Different Ways” and the upcoming album. How has the tour been going so far? Have you been playing songs from Sleep Walk?

It’s been great! We’re meeting so many cool like-minded music lovers and are continuously re-discovering our live show which helps keep things interesting. Our set is comprised of most of the songs off our new album, Sleep Walk, and a few tried and true songs from our debut. The response to the new material has been great! There’s also a classic cover that we love to play that we throw in for good measure but you’ll have to come to the shows to see what that is.

It’s probably a lot of Canadian bands dreams to have their video played on MuchMusic and you’ve been lucky enough to have two in rotation. What was it like the first time you saw your music videos on TV?

I almost cried. Seriously. It’s incredibly cool seeing your video and hearing your music on TV. It’s a great source of encouragement for us. It makes us believe we must be doing something right and keeps us motivated.

What’s next in 2017 for Beautiful Nothing?

We’ve got a video for our song Must Be Dreaming being released the day our album gets released (March 24th) and I just saw the first edit for it. It’s a very cool and strange video that I think people are going to love! We’ll be releasing an additional two music videos before the end of 2017 and have actually begun writing songs for our next album, so yeah, we’ll be keeping busy. We’re going to continue playing shows and we’ve got some great summer festivals on the line so there’s a lot in the works and a lot to look forward to.

You’ve shared the stage with some pretty amazing Canadian bands like Arkells and Finger Eleven, so if you had to create your dream festival with Canadian acts, who would you choose?

Oh wow. Can the festival be 6 months long? Haha. But if I were to choose my Top 5 it would be U.S.S., Mother Mother, Death From Above 1979, Arcade Fire, July Talk and Grimes. Wait. I think that was 6 acts…

We’ll definitely still be making music so we just hope that people are still listening to it! And hopefully the number of listeners continues to grow over the next 5 years. As with any art, the quest for perfection is never ending and that keeps the hunger for creation alive in us.

I think it’d be awesome to work with deadmau5 or Crystal Castles on a song or a re-mix. That would be super cool and interesting. Also would love to work with producer Thomas “Tawgs” Salter… his productions are awesome!