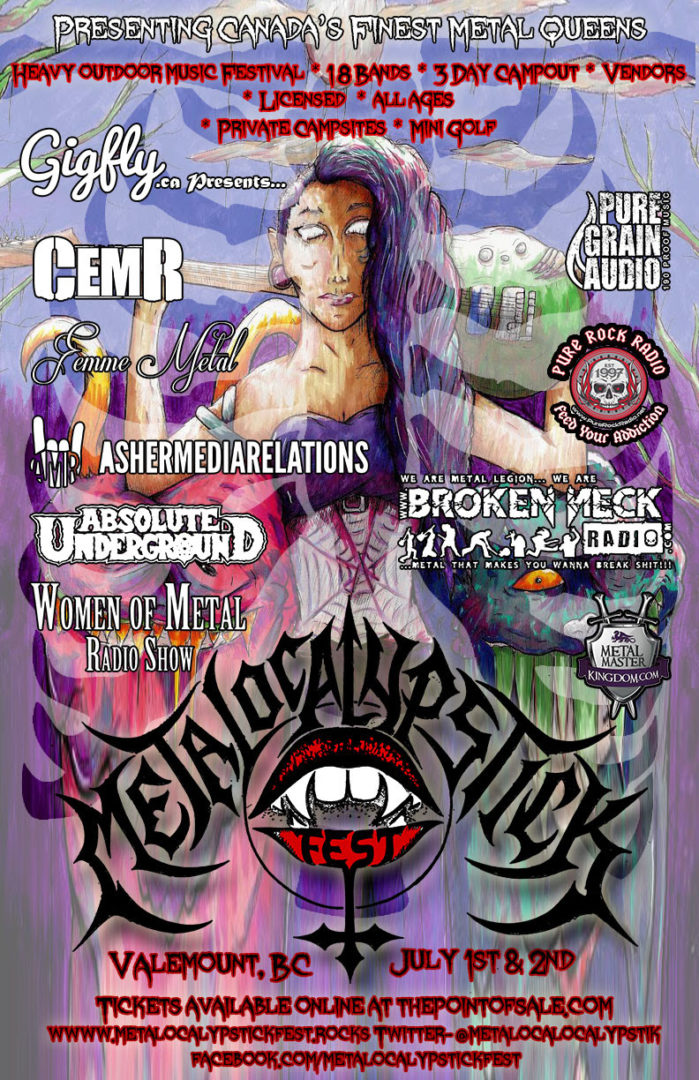 The second annual Metalocalypstick Fest is just around the corner. This two-day family friendly fest out of Valemount, British Columbia features metal, hardcore and punk bands with female power. Set near Jasper National Park, what’s better then metal-babes and the Canadian Rockies?

Originally founded by Kaija Kinney of Vancouver’s Anarchenon. She states

“This festival means the celebration of both sexes coming together and creating something amazing. People like to say women in metal aren’t a big deal anymore and that we are all the same. I feel that is untrue, this is still a male dominated world and woman are still looked as lesser. I want to showcase all these bad ass ladies and celebrate the differences of men and woman rather than pretend we are all equal. Truth is we are different why can’t we celebrate that?”

So come out July 1st and 2nd and rock-out in the mountains to some solid metal. While supporting some amazing woman. This year Tessitura, Hedks, Forsaken Rite, Meteor Tree and more will be joining last years ladies from Nervosa, Violent Betty, Juliet Ruin. On top of all the amazing acts, proceeds go towards Girls Rock Camp and Vancouver Rape Relief and Woman’s Shelter

Check out the official site http://metalocalypstickfest.rocks/ for tickets and full-lineup.