Five questions with Blood and Glass 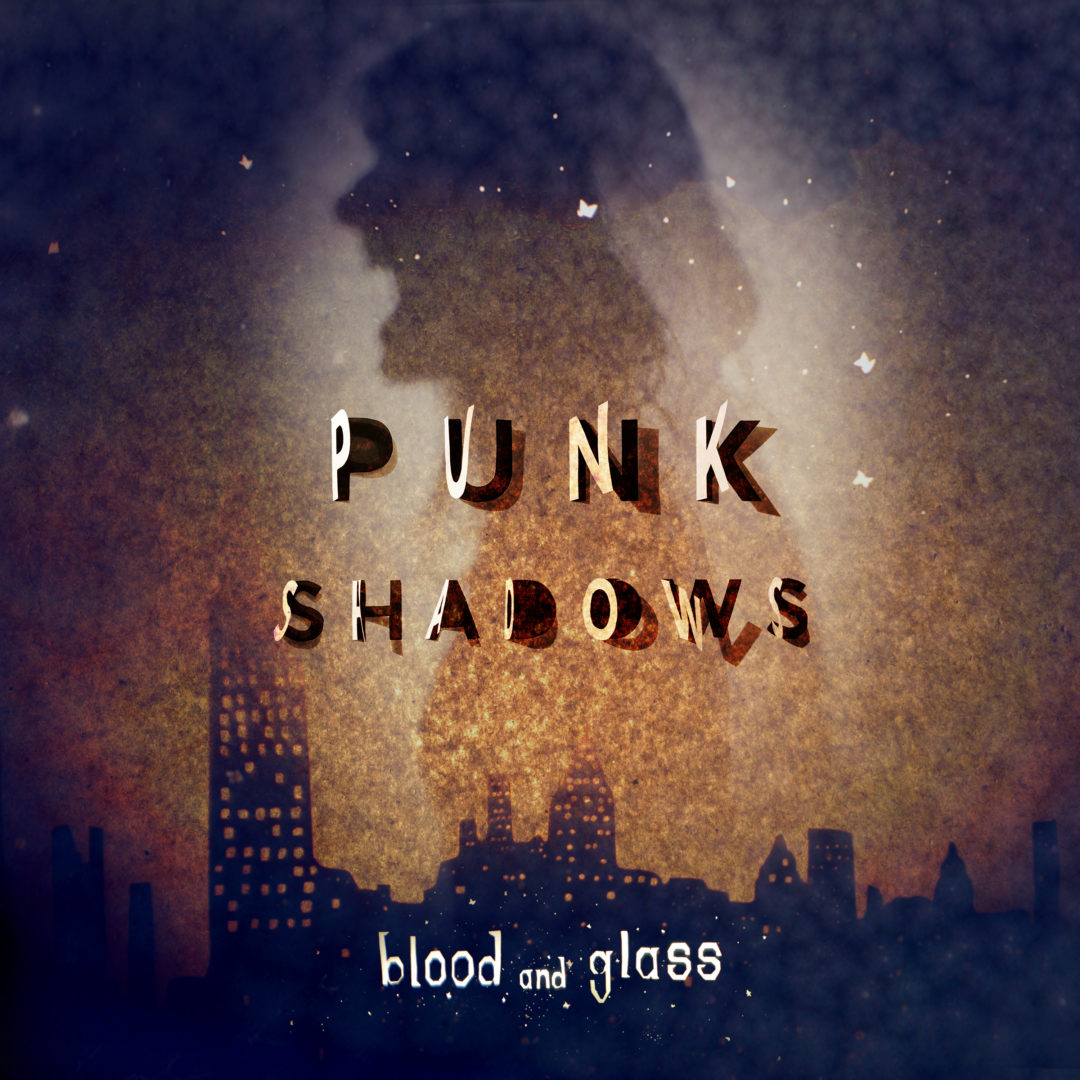 Montreal, QC based Blood and Glass recently debuted their new single, “Punk Shadows”, which follows the two previously released singles, “Hop the Fence” and “Whiskey”. On March 24 the band will be releasing their album, Punk Shadows, which can be pre-ordered HERE! I had the chance to conduct a Five Questions With segment with lead singer, Lisa Moore. Enjoy!

My name is Lisa Moore. I write songs under the artist name ‘Blood and Glass.’ I cut my own crooked hair and wear magic, floating boots. Singing is, was, and always has been the greatest pleasure of mine.  My favourite singers are often gospel singers because sometimes it feels like gospel singers can take sadness and a hard life and opening their mouths as wide as they can… and express pure joy. I love Freddie Mercury, Stevie Wonder, Cyndi Lauper, Michael Jackson, Nina Simone, Bjork, and Thom Yorke because they have the ability to channel wild spirits through their singing.

I make songs alone very very late at night. I am constantly writing stories and poems in my journal and sometimes the words come first and I know they want to be a song but the melody is not there yet. I never force it, I trust in Michael Jackson’s advice ‘Let the song be what it wants to be’ the melody finds its way around the lyrics or vice versa and I try to be as open to it as possible.

This means, I don’t ever really sit down to compose empty-handed… I am more constantly writing and recording melodies. Very often, the ideas wake me up late at night and I have to kick myself out of bed to lay them down. I had an amazing teacher in grade 5 who taught us that everything is built around the idea. So when an idea comes, I have to jump out of the shower or disappear from a conversation and go work on it. Once the idea is there, I begin to construct a song around it, a beat, a string line…  the song’s identity comes alive.

I fell in love with my band-mate and we got married. His name is Morgan Moore and he takes my songs and makes them better. Then we get with our friends and have fun cracking the songs open and exploring ourselves through the music.  The songs always end up better once they are in the hands of Robbie, Mel Morgan or Frank.

I am really shitty behind a camera… I’m a stage woman… I love Karen O, Iggy Pop… people who light up the stage with a raw energy and a bit of danger. The music sends a channel down inside of me and takes me somewhere, inspiring me to move… and it’s a symbiotic relationship. When I am on stage I love to explore the space provided… I hate standing in one spot. Morgan Robbie Mel and Frank move me to bits and pieces, even in our rehearsals we are laughing and screaming and jumping on top of amps.  The music is layered, textured and charged and I love to express my joy for singing within it.

Shows in Canada this spring:
March 21 Album launch at Cleopatras – it is on top of the strip club and is an historic venue in Montreal with original disco lights from the disco era.
April 14- Sherbrooke La Petite Boite Noire
April 15- Ottawa Bar Robo
April 27 – Toronto Baby Gs

Punk Shadows because it is the title track of this album… it is my most personal song about getting fired from a job for having too much flare… but not wanting to get rid of that flare… knowing that I will always be in the shadows of the true punks because I’m not strong enough to be punk… but also knowing I’m always gonna be poor and in the shadows because I have too much ‘flare.’ I’LL SHOW YOU FLARE, DAMN IT!