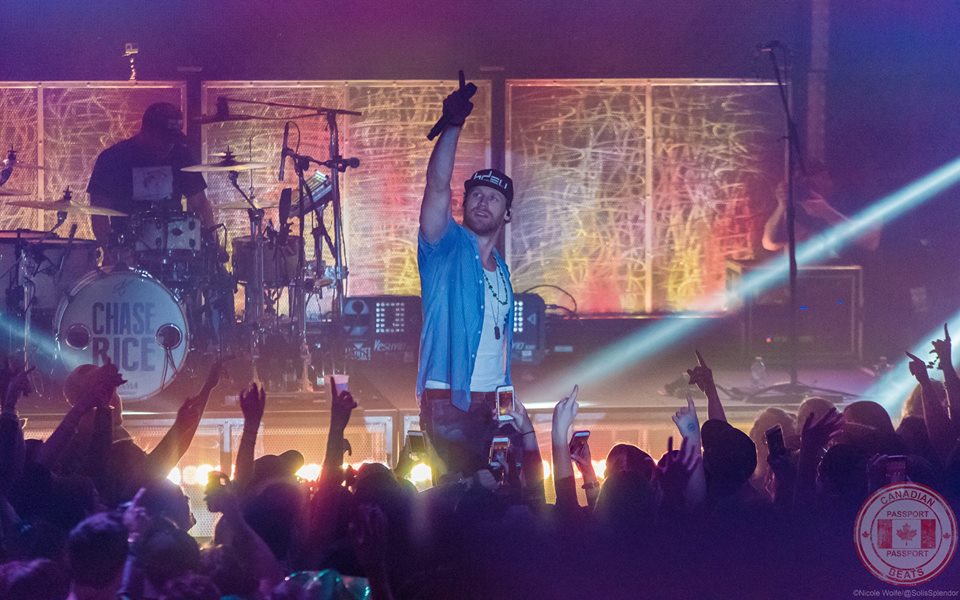 Chase Rice and Dan Davidson did not need the luck of the Irish on their side when they performed at Mavricks Music Hall in Barrie this weekend in show put on by Impact Live Events.  Fans at the SOLD-OUT show were treated to an amazing night of music care of these two fun and talented individuals and their equally as fun and talented bands!

Dan Davidson, an Alberta native formerly of Tupelo Honey, was introduced to the crowd by Amy Aust, KICX 106 radio DJ, although he needed no introduction.  Davidson has had success with several songs on the radio, including “Found” (co-written by Clayton Bellamy of The Road Hammers) and “Barn Burner”; with “Found” helping him gain recognition as the #1 Charting indie artist in Canada!

Davidson took advantage of all available stage real estate including the huge extension set up for headlining act, Rice.  Being that it was St. Patrick’s Day, many of the fans had come to the venue dressed up with loads of emerald green swag: buttons, boas, beads, blinking hats, etc, and Davidson took advantage of this as a way to interact with the crowd.  A few times he approached fans and scooped up items to wear while performing!  He performed a nine-song set including “Unkiss Her”, “Found” and “Barn Burner”. 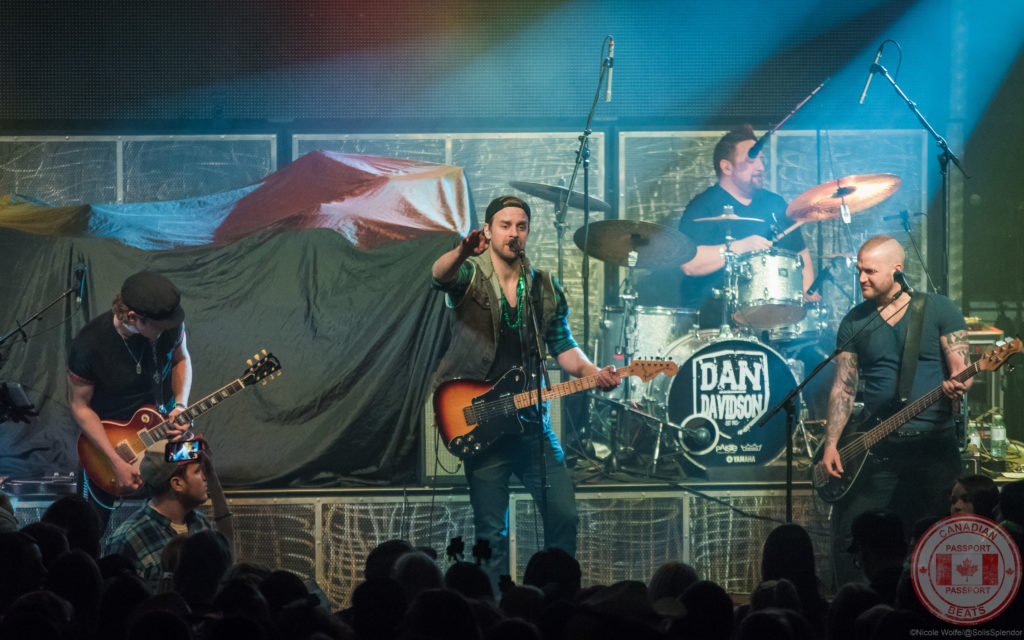 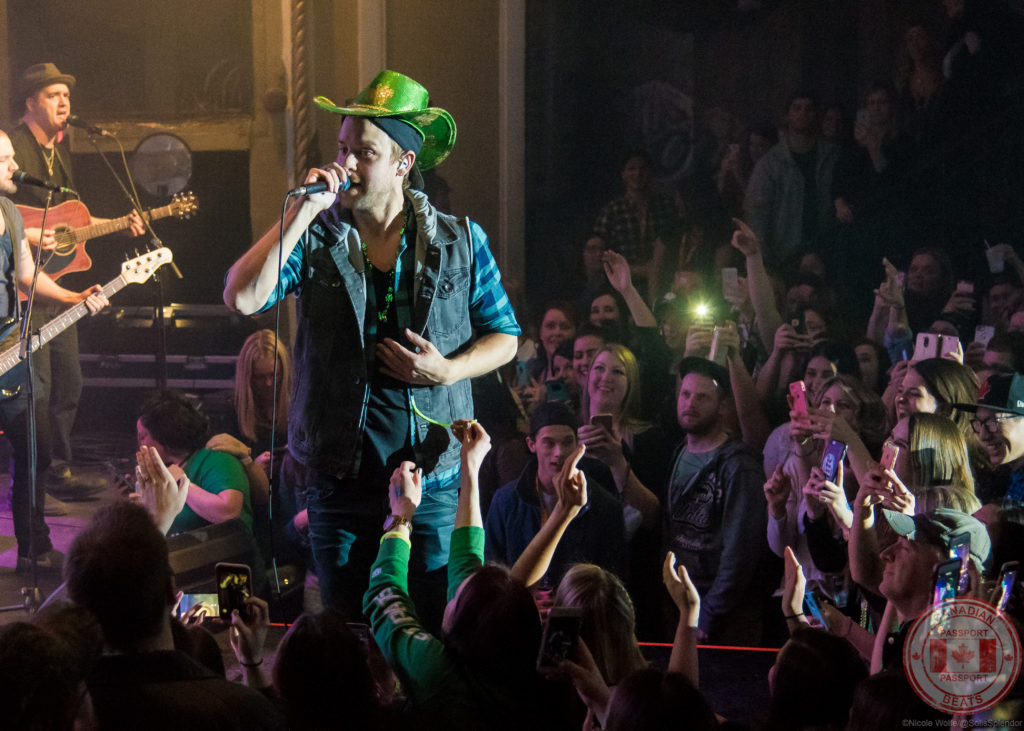 To my pleasant surprise, Davidson had a few guest musicians up on stage with him.  The lovely Ali Raney of The Lovelocks played fiddle and Connor Riddell (guitarist for Brett Kissel) played guitar.  I am always reminded about how close-knit our Canadian country music family is when I see other bands supporting colleagues at shows! 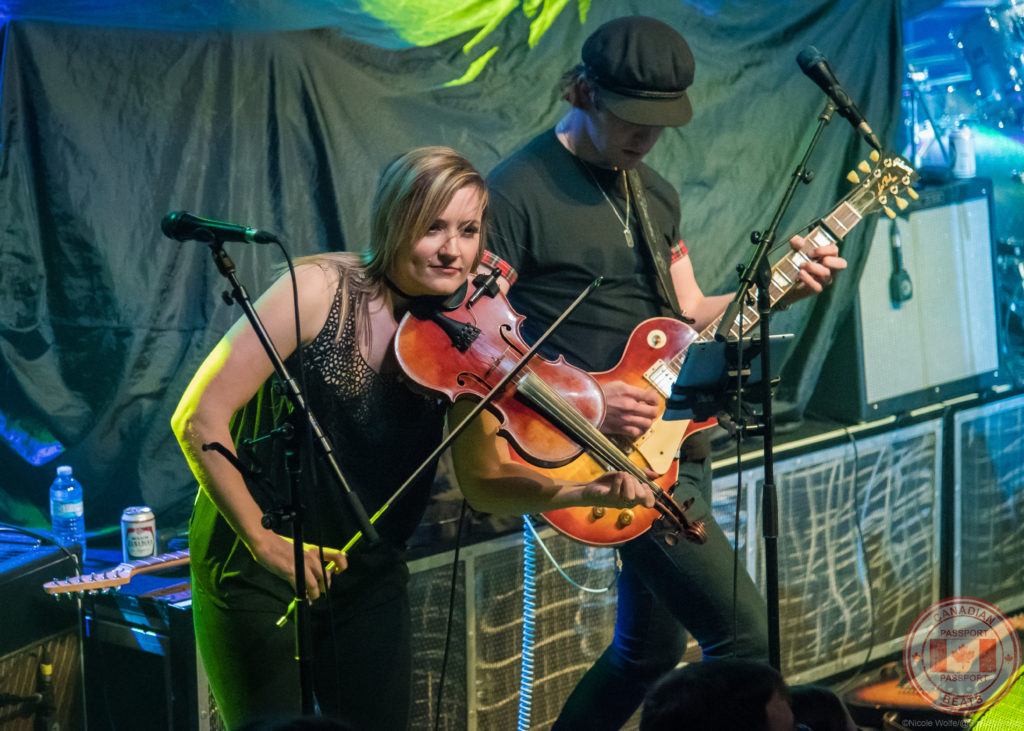 In traditional Chase Rice style, his show started with the rumbling of bass amidst dramatic lighting and billowing smoke.  When he finally took to the stage to join his band, the energy in the room was palpable.  Fans rushed to the stage for an intimate night with Rice as there were no barriers preventing them from getting up close and personal with their beloved musician.

Rice is a masterful storyteller.  He weaved together the threads of his performance with touching stories about his upbringing and his music career in between his songs and fans hung on to every word.  As he quieted the crowd with a solo acoustic performance of his newest song, “If I’m Being Honest”, which was just written a few weeks ago, he spoke of a moment when he was watching an Eric Church concert.  He reminisced about Church doing a similar thing, bringing the attention to the front of the stage with just a single spotlight on him and no more gear than a single guitar.  He felt a connection to that moment and hoped that one day he would be able to do the same on stage.  If I’m being honest, I think he executed this moment perfectly! 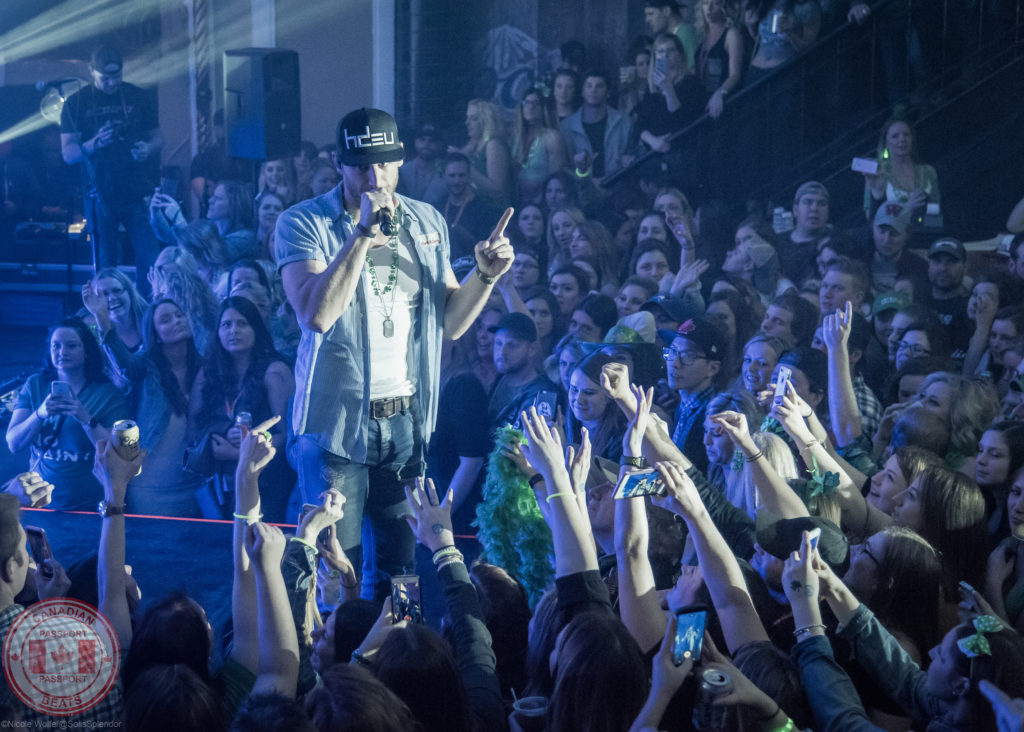 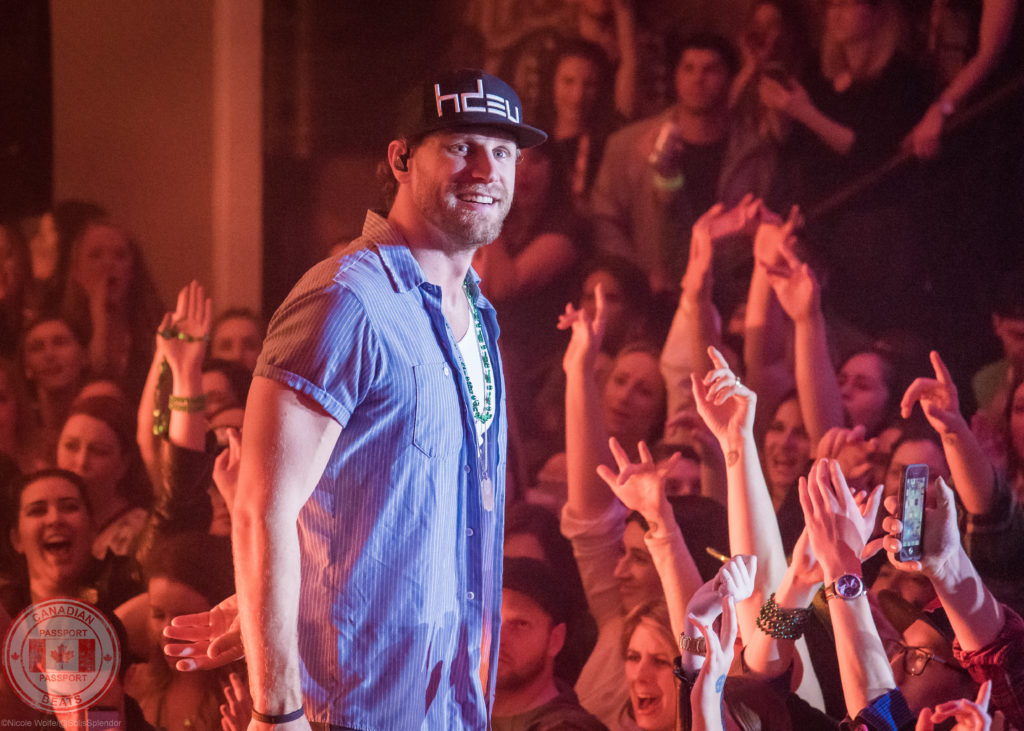 Rice has one of my absolute favourite bands to watch perform!  The four of them were equally as entertaining and each brought their own element to the show.  They often strolled the stage extension together to get close to the crowd and they too grabbed leis, and other green swag from the audience.  I am blaming these fun guys as the reason I burned through both of my memory cards as I feverishly snapped pictures.  Every moment in the show presented itself as a moment worth capturing! 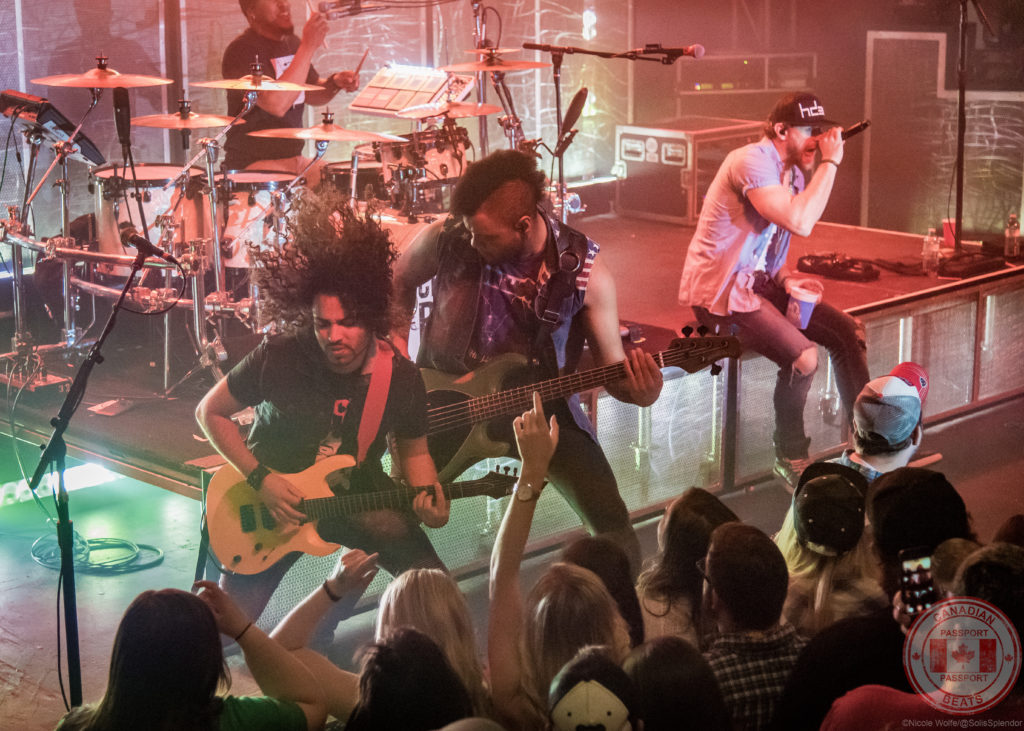 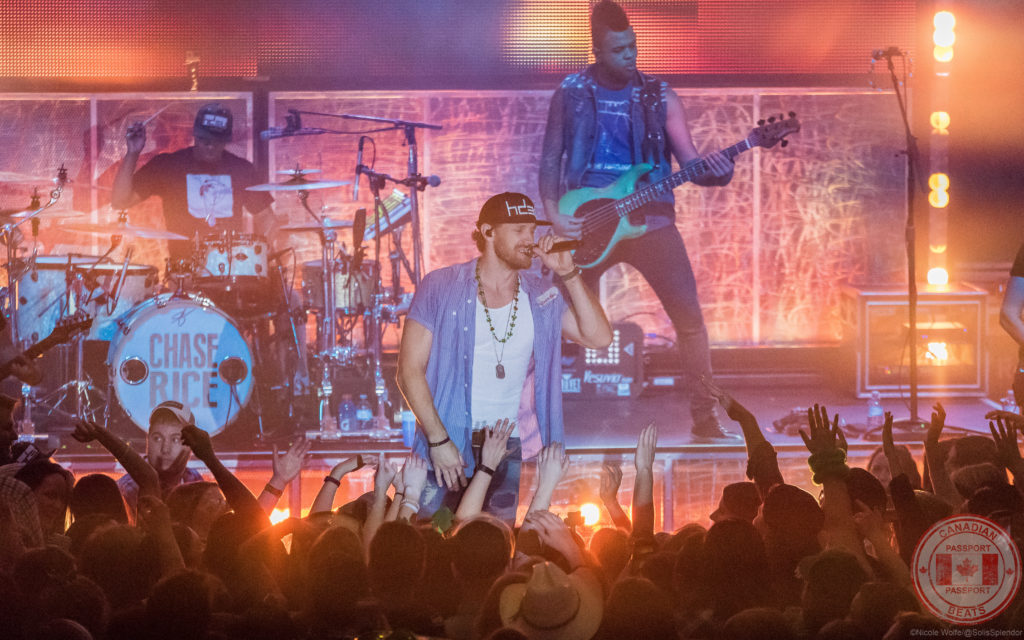 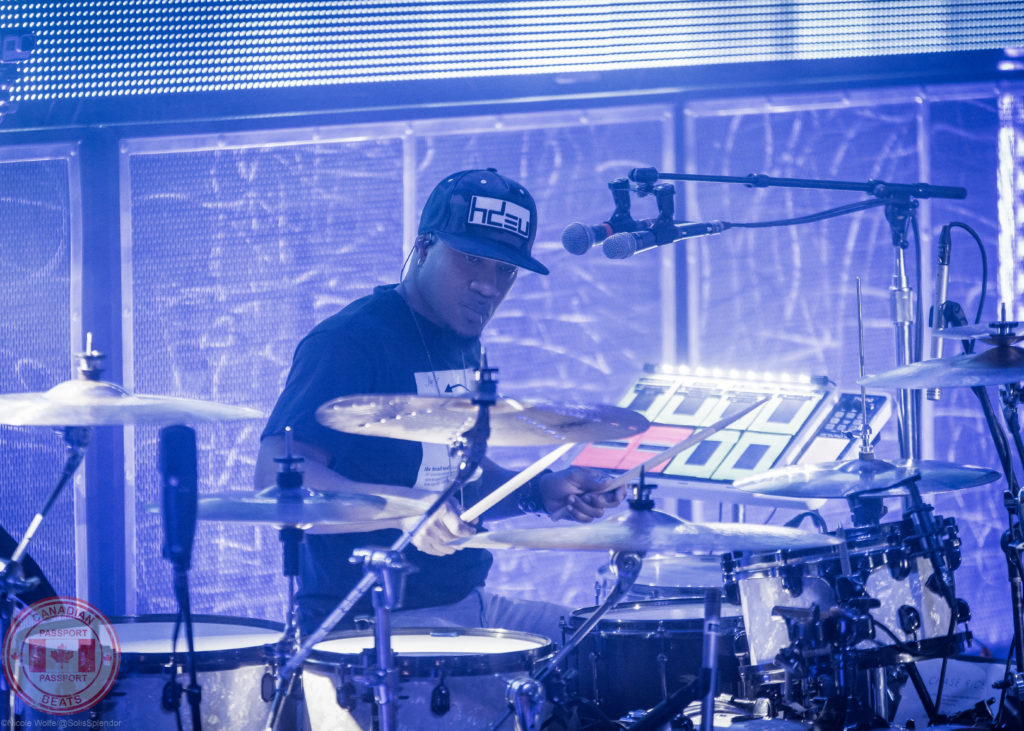 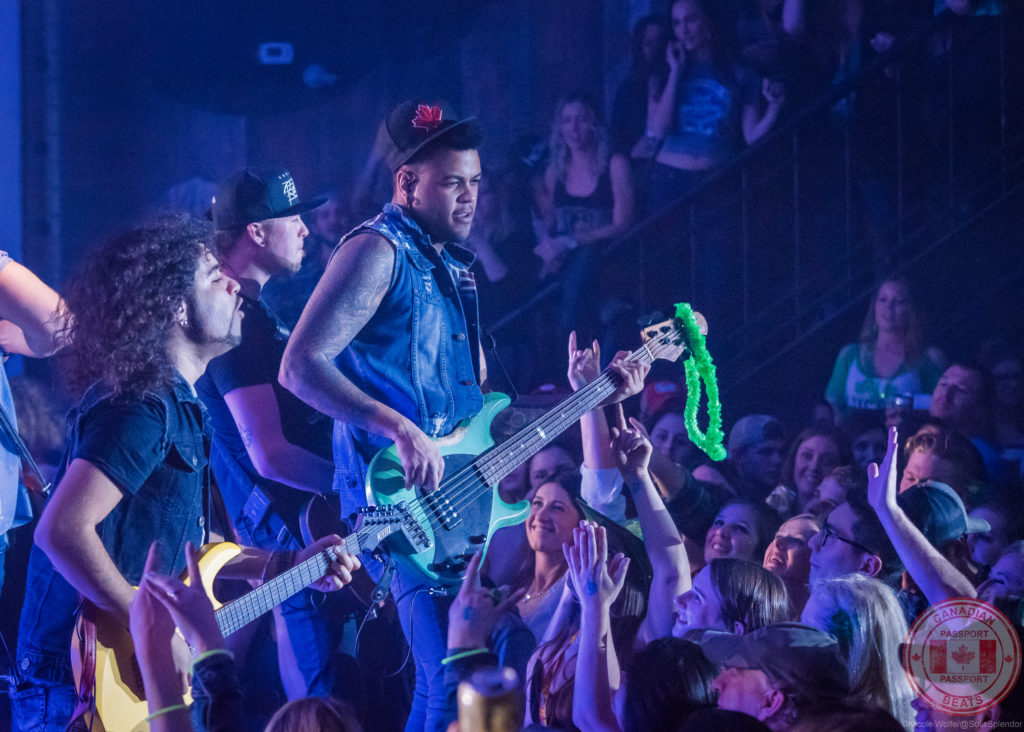 My favourite moment of the night came when Rice singled out a sweet mother of four from a balcony.  Perhaps it was her “JD and Jesus” shirt that she was wearing, a hit song of Rice’ that he had already performed that night?  She was ushered to the stage as Rice serenaded her, making her feel as if she was the only other person in the room is unlikely to never forget this special encounter. 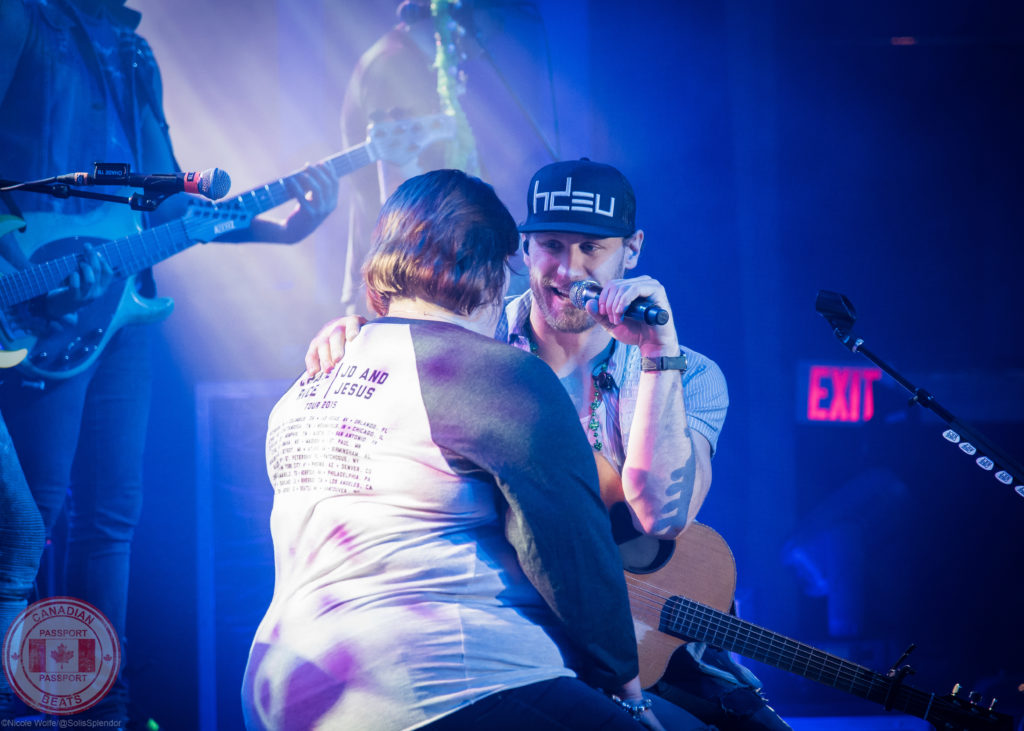 Davidson joined Rice back up on stage toward the end of his show to help perform “Cruise”, by Florida Georgia Line, which happens to be co-wrote by Rice also!  Then each of the members of his band were introduced as they walked out into the audience and each played their own unique cover song. 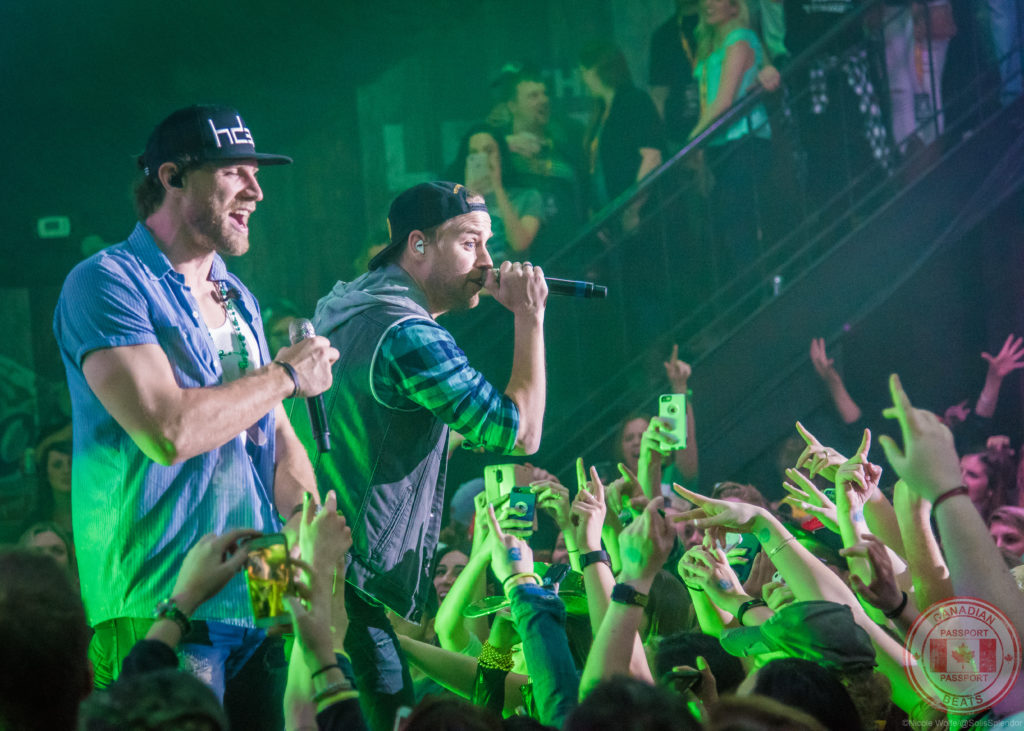 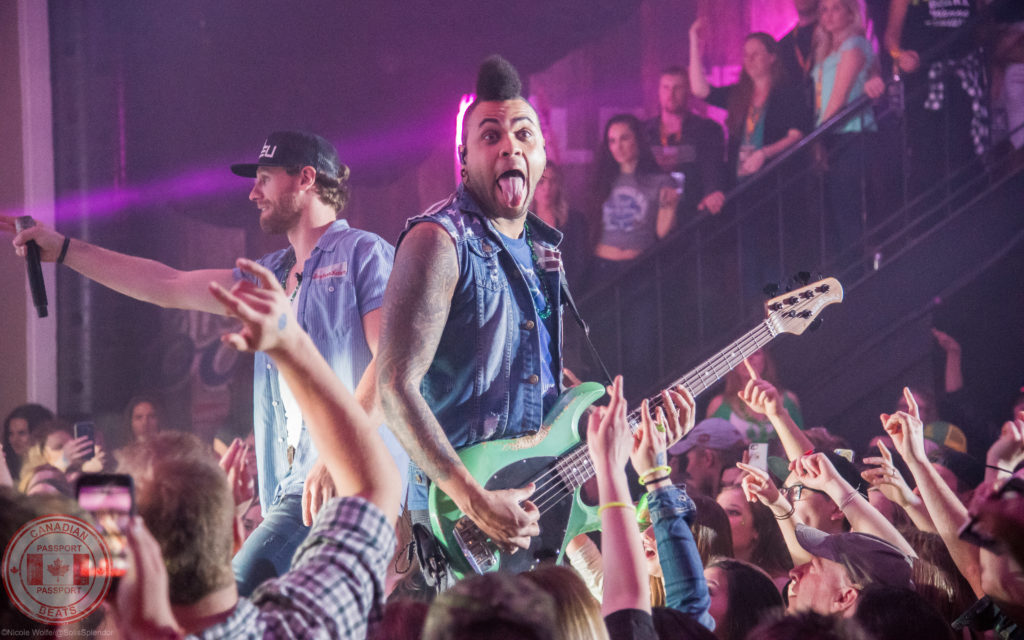 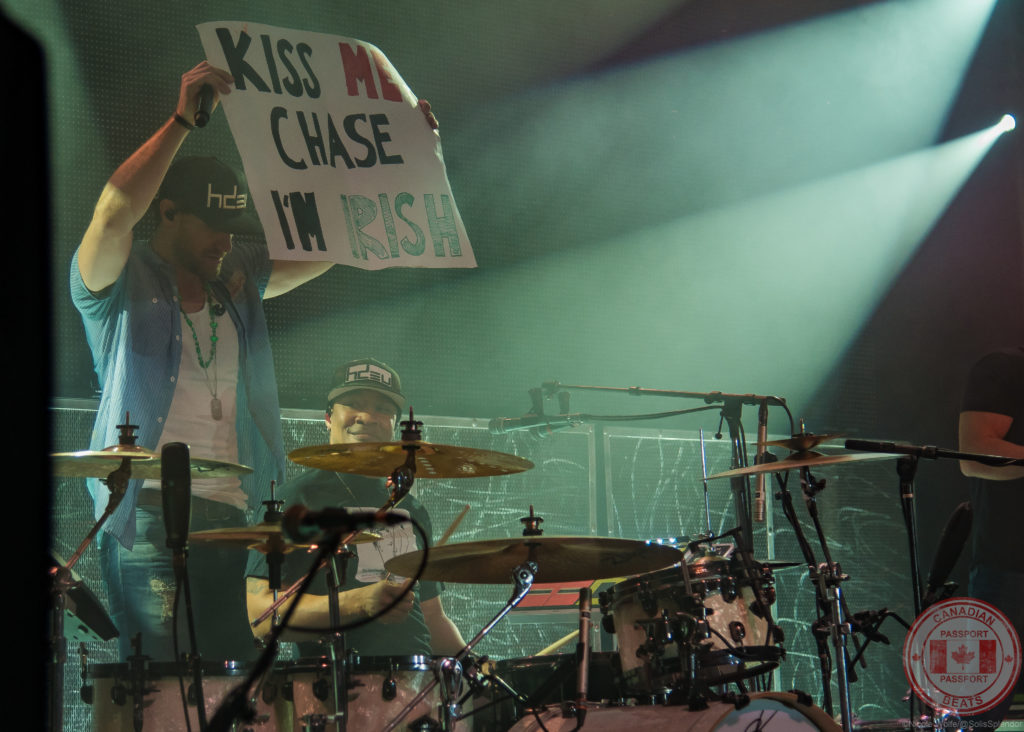 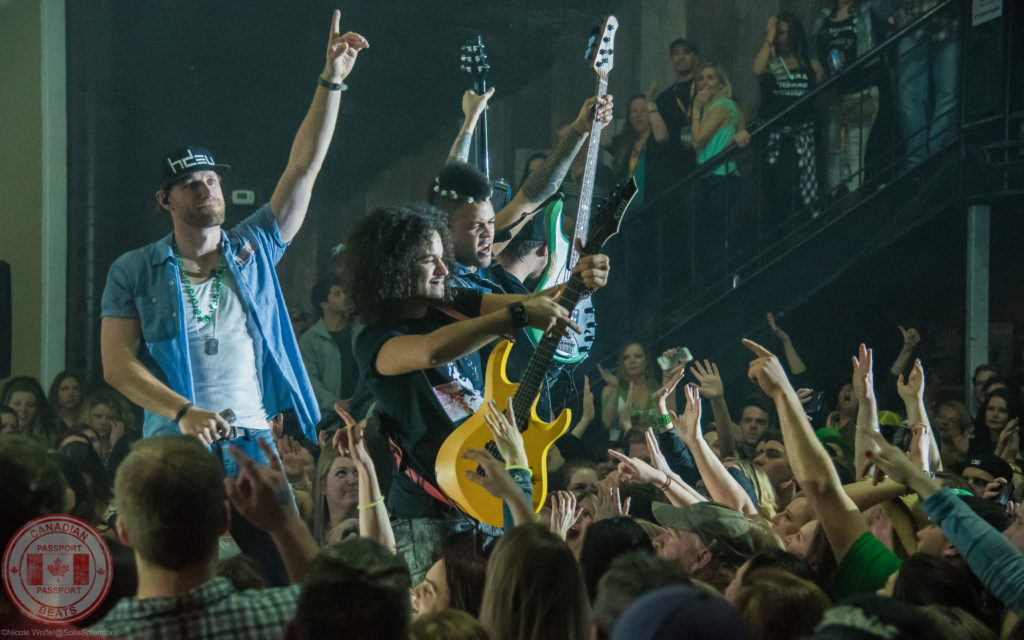 Rice continues to tour across the United States for April and May.  You can check out his website for more details.

For our complete coverage of the night, in photos, head over to our Facebook page!