Who: The Stanfields, Like A Motorcyle & The Royal Volts
When: March 17, 2017
Venue: Olympic Hall
Where: Halifax, NS

Let’s paint a picture, shall we? It is a Friday Night in Halifax, Saint Patrick’s Day, AND you have three of the best Punky-Rock bands going in Nova Scotia playing under one roof, Olympic Hall. Sounds like a good fun night of cribbage whilst discussing the upcoming storm, right? Entering Olympic Hall, I was greeted by a no barrier stage. Knowing what these rock shows are like WITHOUT the excuse of drinking copious amounts of booze in celebration of the Patron Saint of Ireland, I knew I was going to be in for a treat! I found my spot and mentally prepared myself for the physical and sensory assault I was going to get!

First band up was The Royal Volts. Hailing from Eastern passage, they started the night with hard hitting rock that blew the panties off all the ladies. Literally… I have never seen that many pairs of bloomers tossed on stage! Jordan was fantastic on vocals, and with Wesley, Brady and Quenny rounding off the quartet of rock awesomeness, they primed the audience for the beginning of an entire evening of loud rock shenanigans! 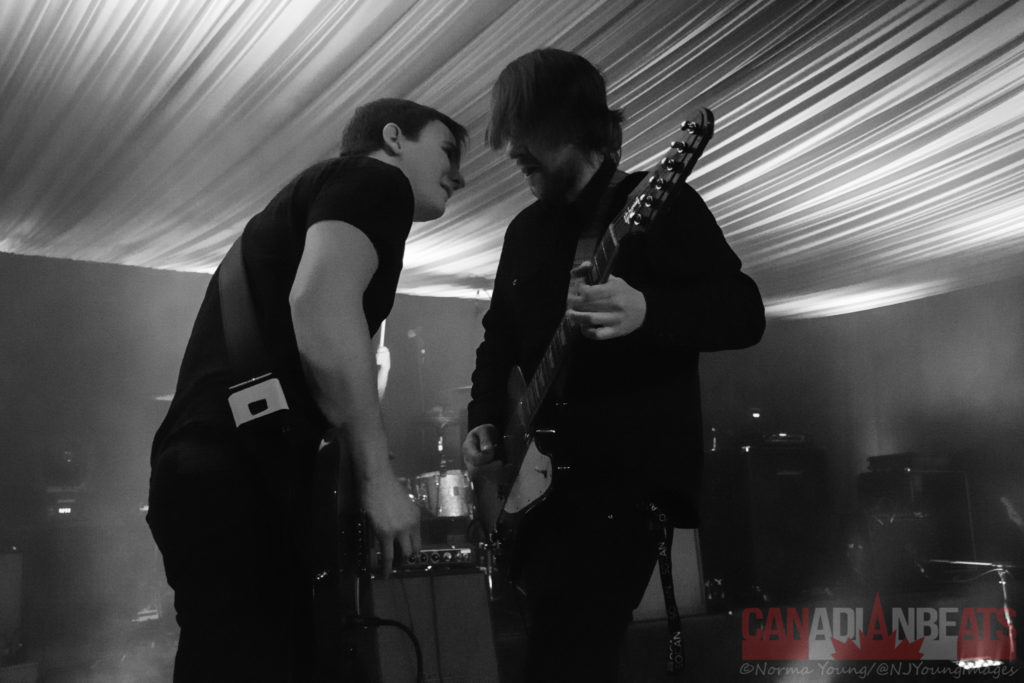 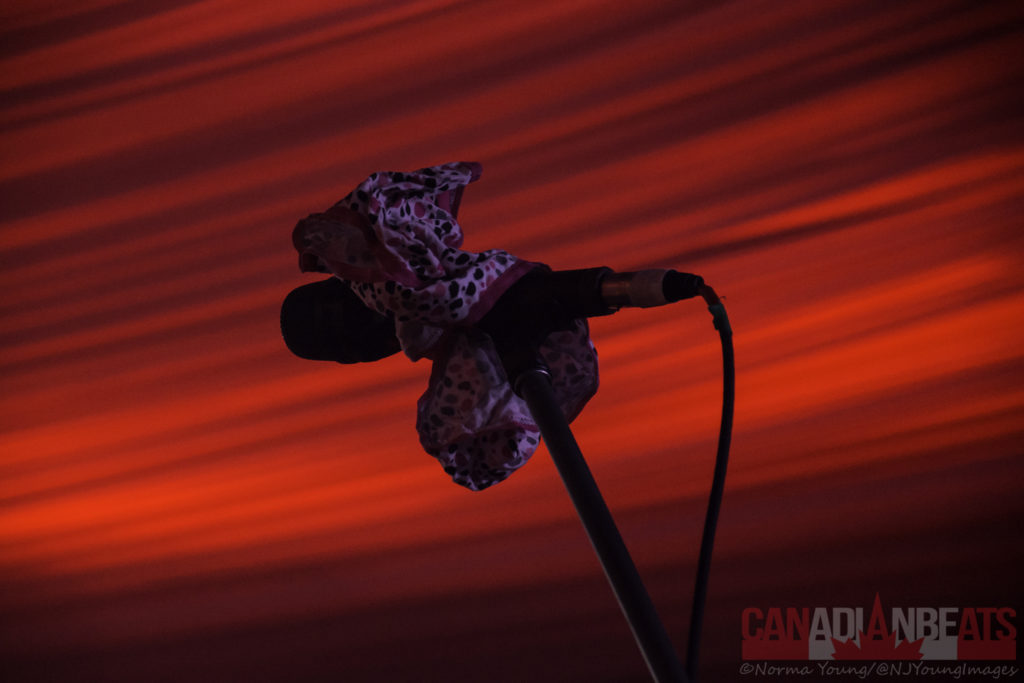 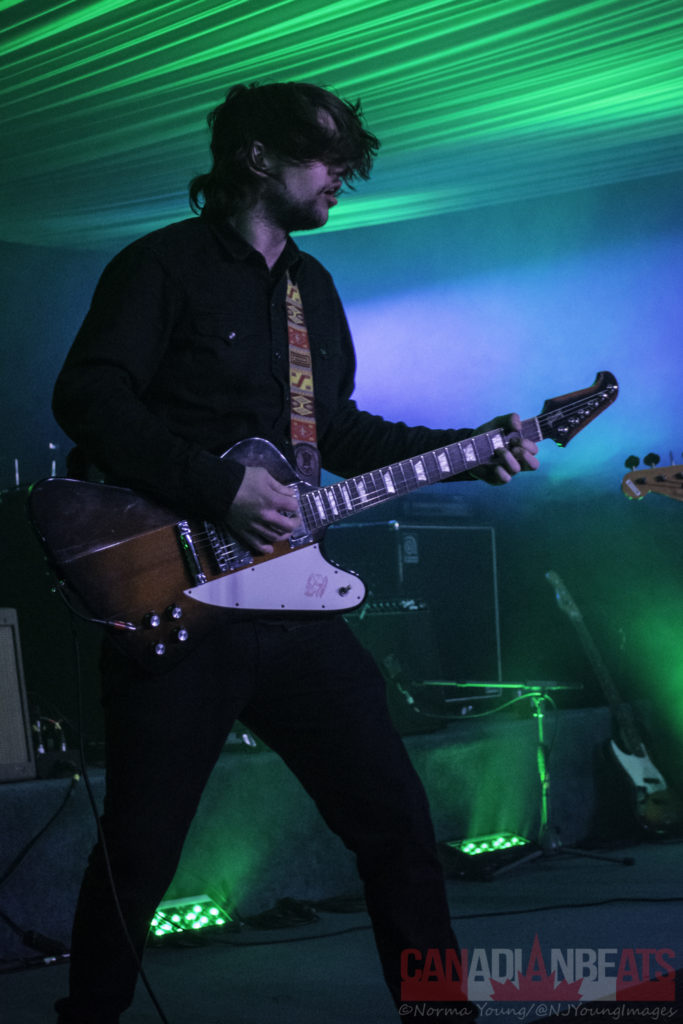 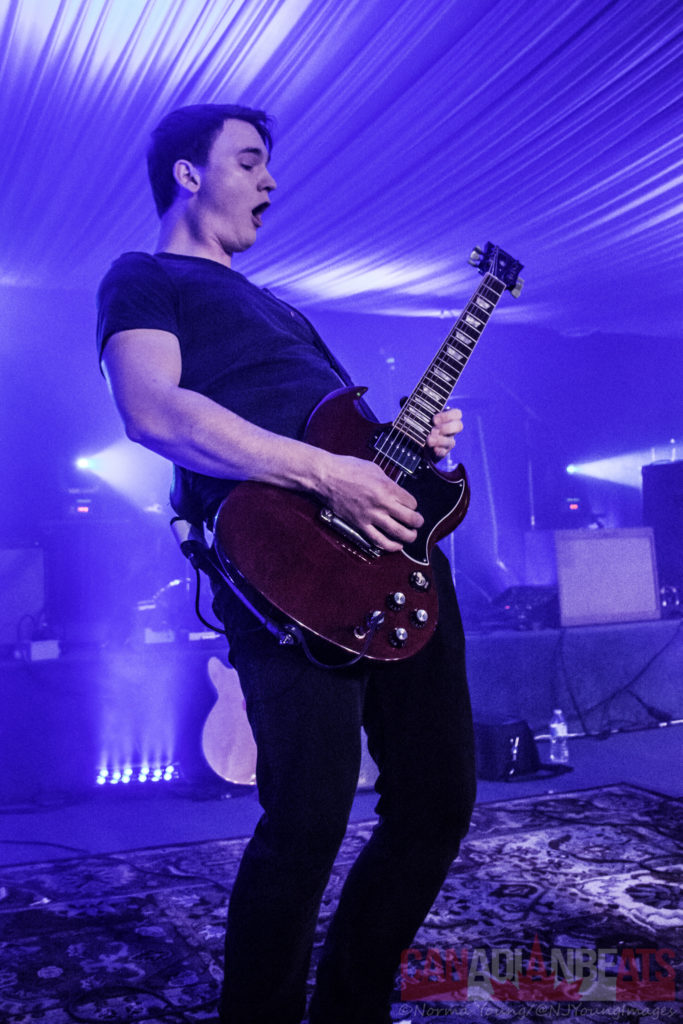 Up next is one of my favourite local punk rock bands to come out of Halifax, Like A Motorcyle. I have seen and shot them a couple times in the past, but this is the first time I have seen them with their newest member, they cutest guitar payer in Halifax, Gloryhound guitarist, David Casey. I have known David for a couple years now, and have always been a strong supporter of his band Gloryhound before this new venture, so I can say without it being super creepy – HE IS SO ADORABLE! When this band hit the stage, you can’t help but think… awwwweeeee, they are so cute, how can they ever be a punk band. WELL, be prepared to have your faces melt off! Michelle Skelding on Drums lays a hard beat and leading vocals that are perfectly backed up by Kim Carson (bass), KT Lamond and David Casey on backing vocals as well as strong rhythm sections. Their high energy Punk Rock performance always leave me wanting one more song! Also for a first for me was the whiskey gun. FUN! Bringing out water guns filled with whiskey, they would shoot the tasty warm goodness of booze into the wanting crowd! Not only did I get a shot in my mouth, I learned a valuable lesson – whiskey burns when it gets in your eyes… 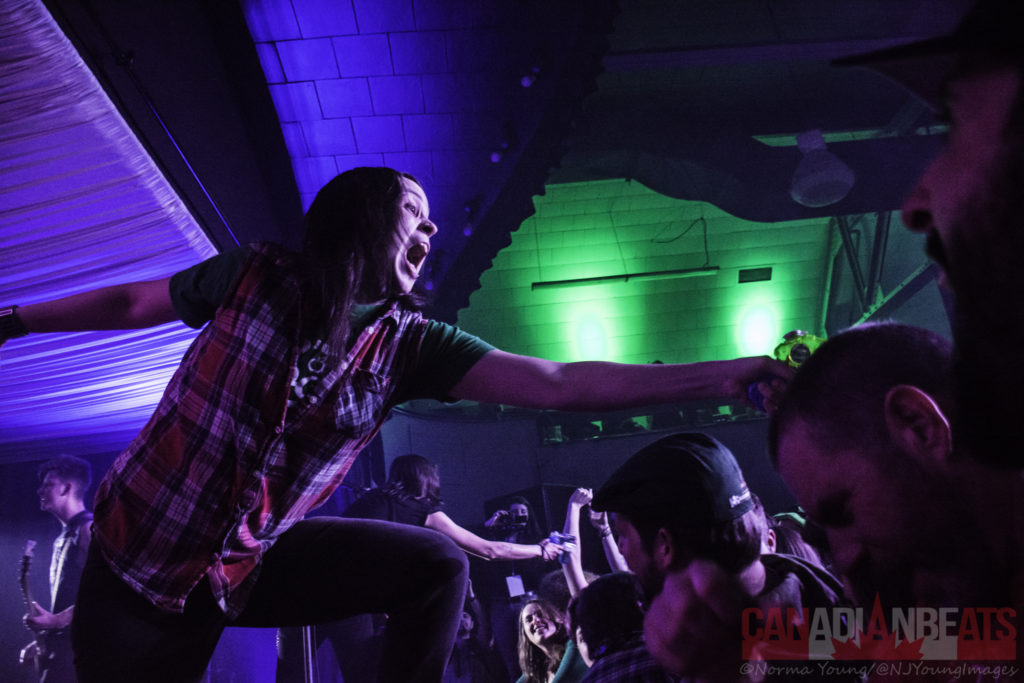 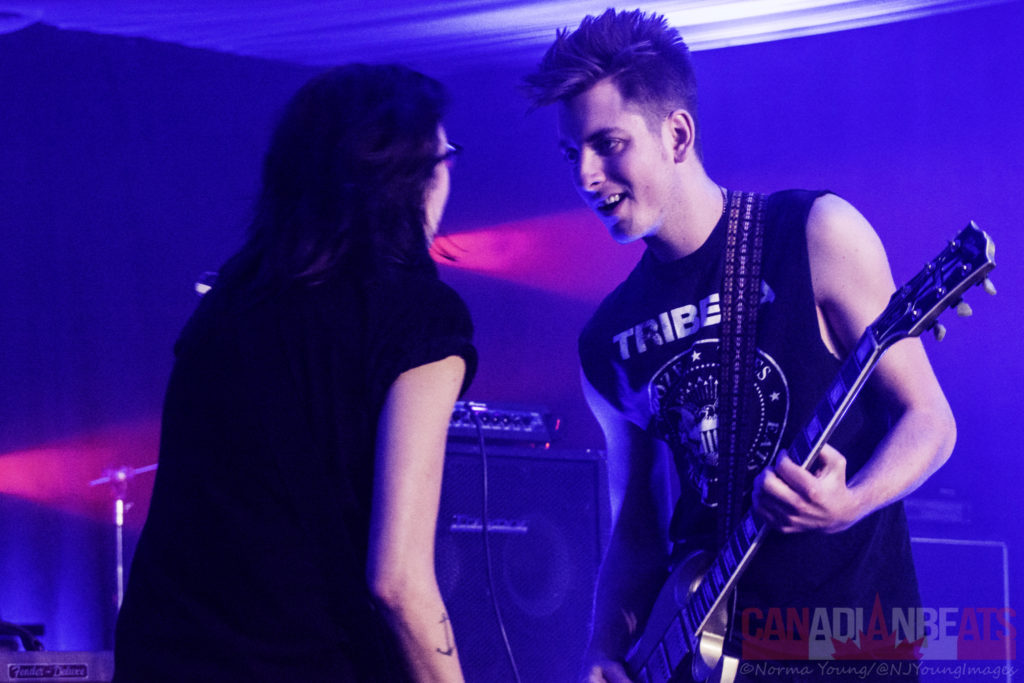 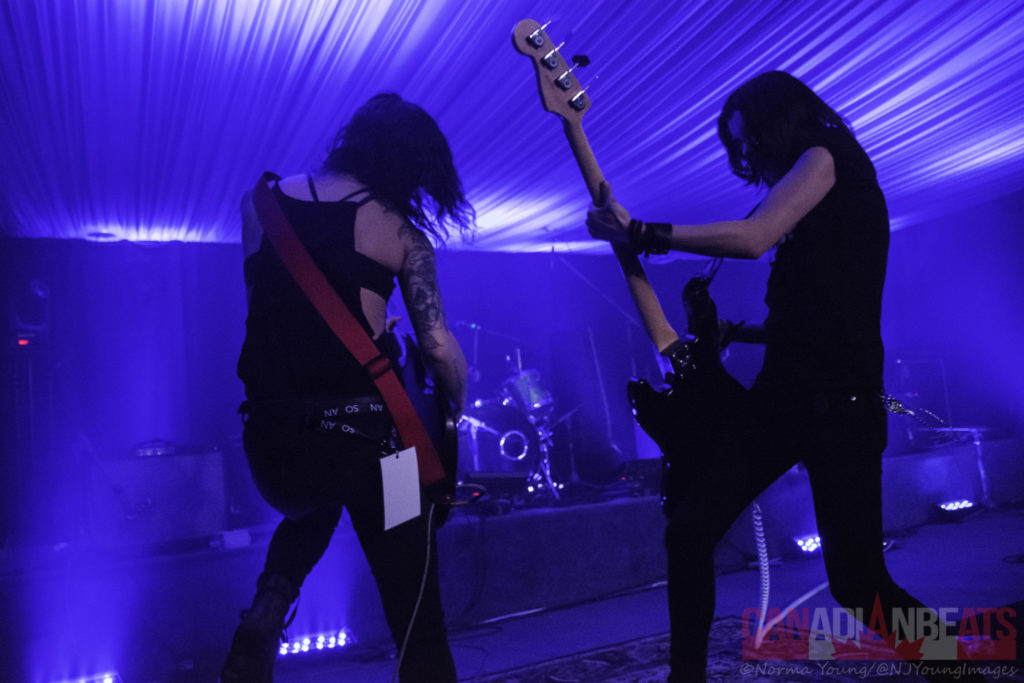 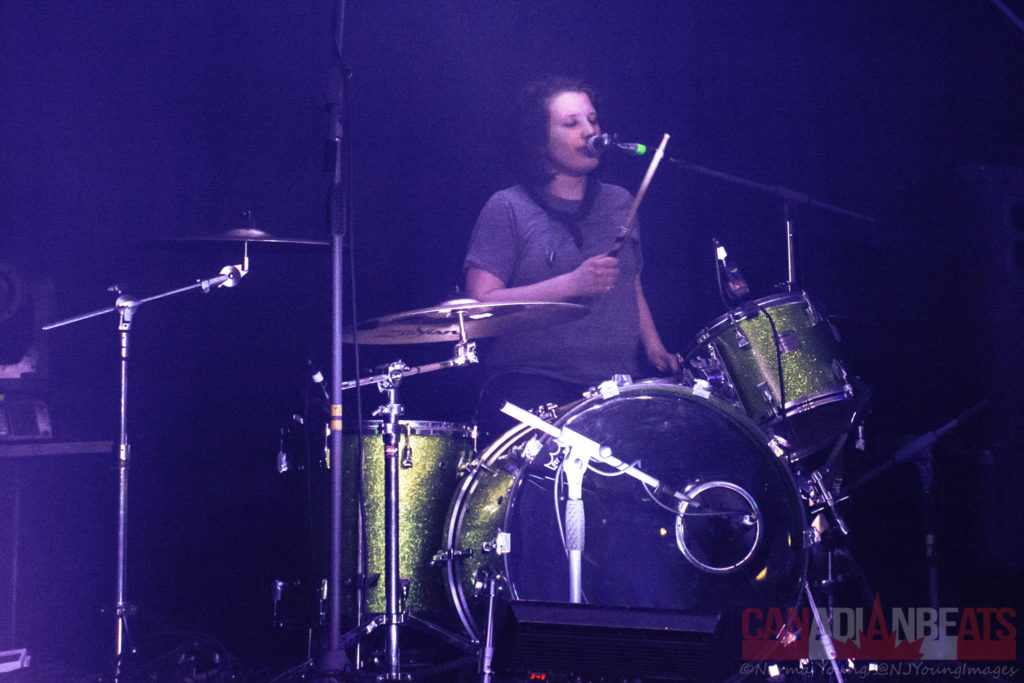 Finally, after the crowd was sufficiently ready to TRULY celebrate and appreciate the festivities of Saint Patrick, we were graced by the amazing Stanfields. With the first hit of the drums and the bow of the fiddle gliding across the strings, the crowd turned into utter chaos! Crowd surfing, mosh pits and pushing to the stage to the point where the monitors were being moved, the Stanfields played to a roaring crowd of highly enthused audience members. Even with the 17 song setlist, there was screams for more and a crowd full of merriment and joy. I can honestly say, I only made it through two songs at the front of the stage before I had to back out to a safer distance. The crowd was highly energized, and the Stanfields just kept building the momentum with each song they played. Mid-way through the set, there was a marriage proposal on stage, and thankfully the young lass accepted. For me, it was the most amazing event to witness. Young love in its purest form, with a band that was willing to help out with the surprise. Over all – a fun and eventful night! 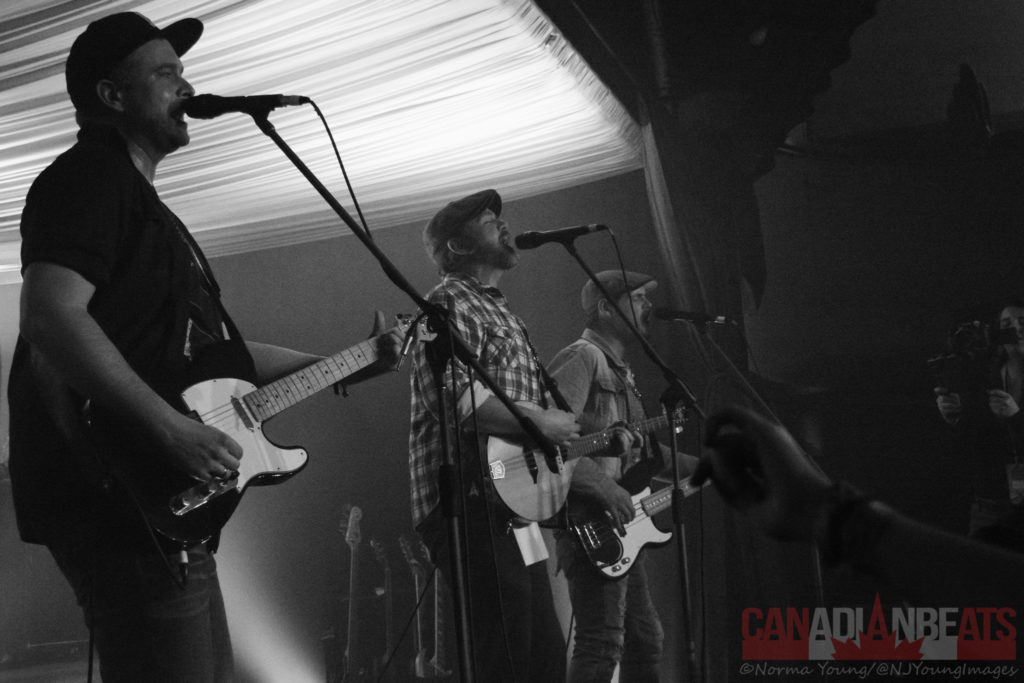 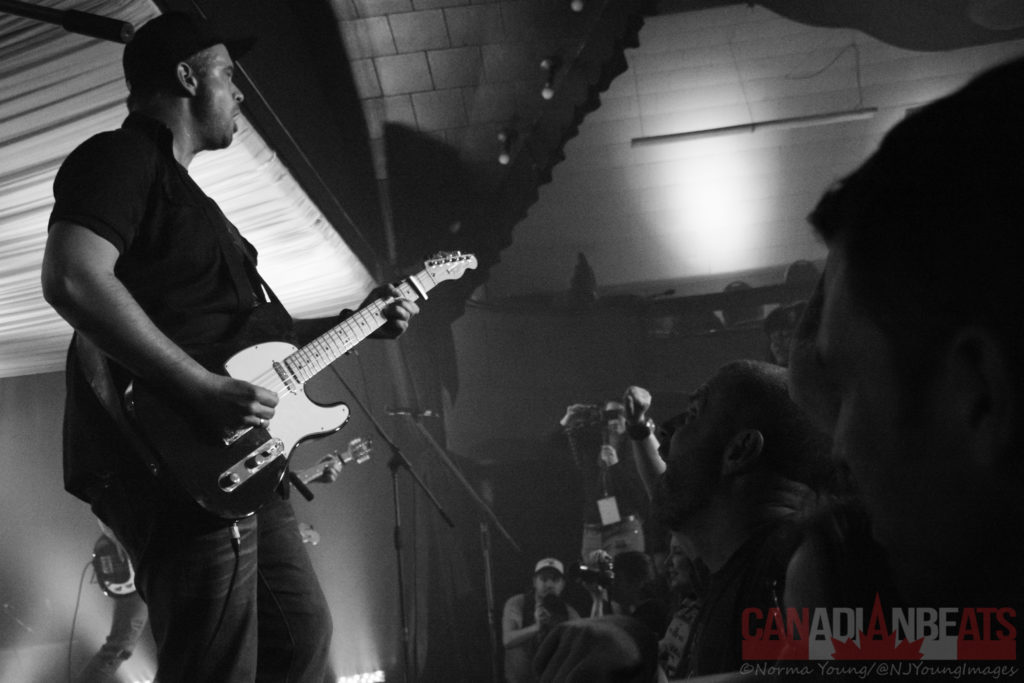 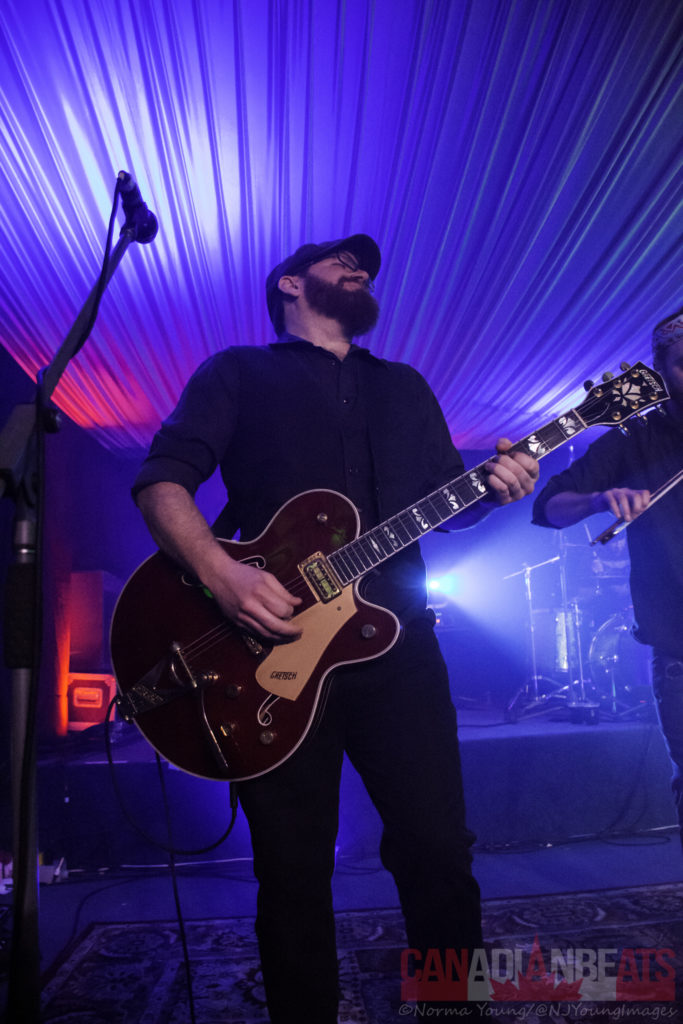 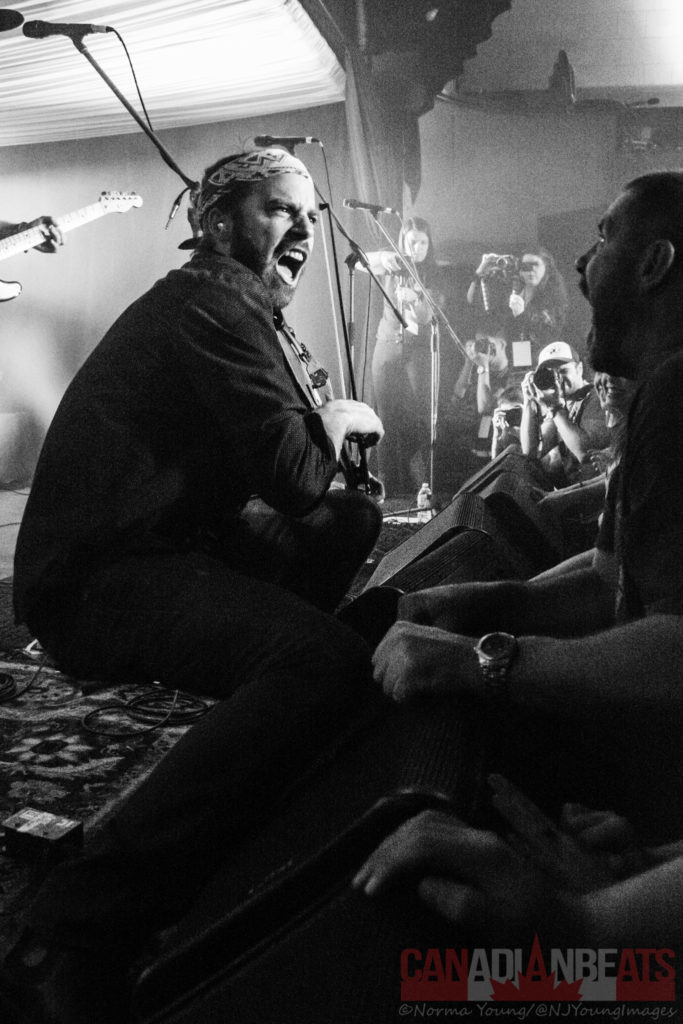 For more photos from day 2 of Groundswell Music Festival, head to our Facebook page!