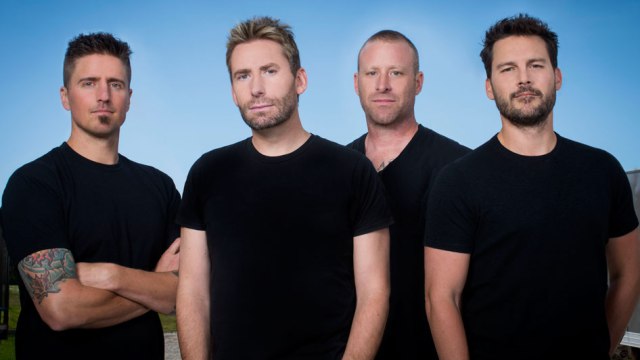 Nickelback’s fifth studio album, All The Right Reasons, was just certified diamond this week by the RIAA. Best known for hits “Savin’ Me” and “Photograph,” the record was released in late 2005. About selling ten million copies of the record, vocalist Chad Kroeger said:

When we started this band, never in our wildest imagination did we ever think we would get a label deal and put a record out, get a song on the radio, tour around the globe, and be gifted with the opportunity to meet so many amazing friends, supporters, and talented musicians the world over along the way.  These were all just dreams that three guys from Hanna, Alberta never could have fathomed. Thank you to everyone that has embraced All the Right Reasons in their own way.  To this day, it remains a very special album to us and we are truly humbled and thankful to all of you for making every dream we could have hoped for come true.

This occurred leading up to the release of the band’s ninth album, Feed The Machine, set for release on June 9. In honor of the new record, the band will be on tour all summer, supported by Daughtry and Shaman’s Harvest. Tour dates, along with information on tickets and VIP packages, are available to view here.
Connect with Nickelback:
Website
Facebook
Twitter

Related Itemsall the right reasonsCanadiandaughtrydiamondFeed The MachineNickelbackPhotographRed Umbrella PRsavin' meshaman's harvest
← Previous Story Doc Walker Release “Heart of the Heartland,” Their First Single From the Upcoming Album Weathervane
Next Story → The Wolfe releases music video for ‘Can You Hear Me?’