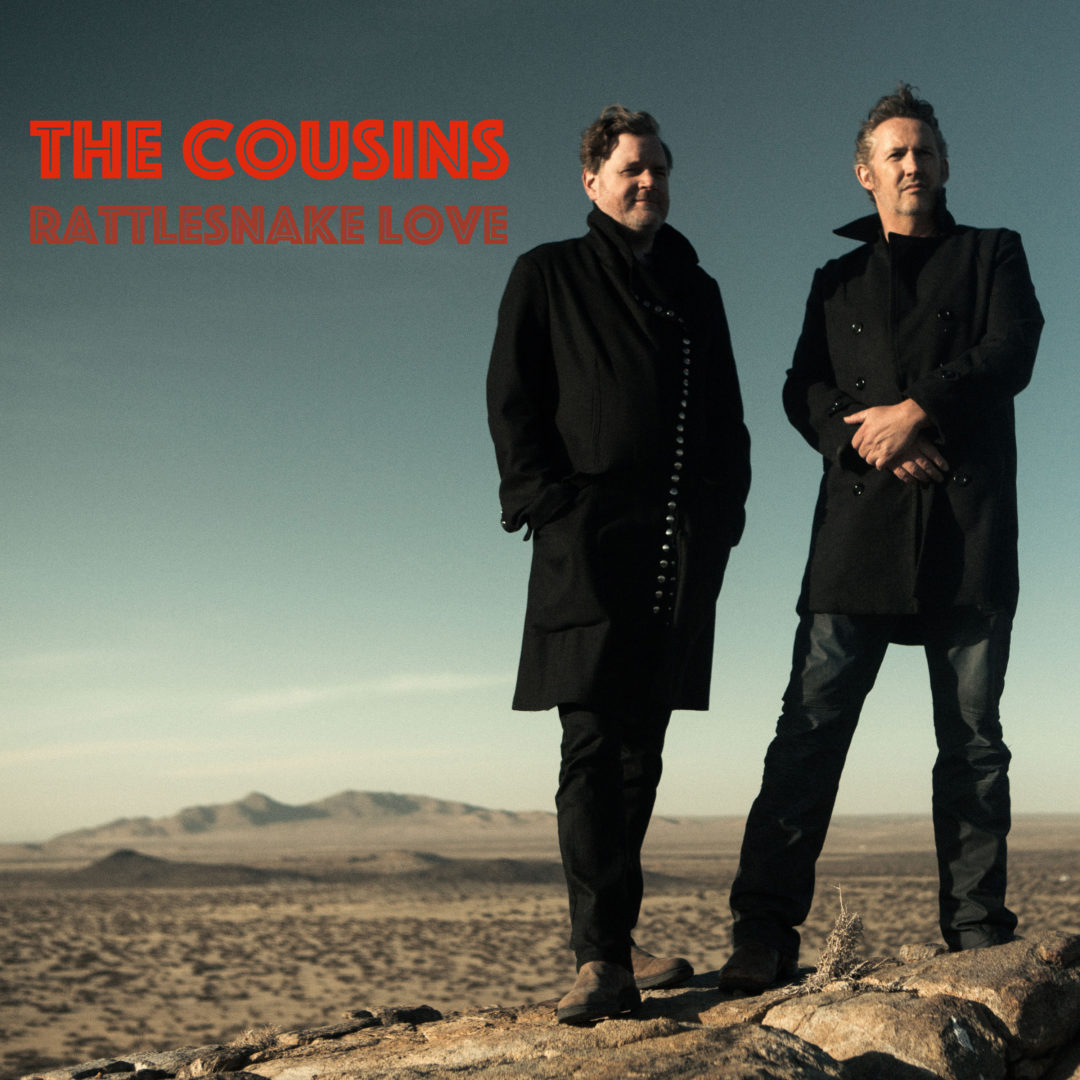 The Cousins are just that…real life cousins, Harland Williams and Kevin Hearn, have been making music together their whole lives. Originally hailing from Toronto, as they grew older Williams went off to pursue an entertainment career in Hollywood (Dumb & Dumber/Something About Mary etc), while Hearn was a member of eccentric rock band The Look People, before joining Barenaked Ladies and also playing and directing in Lou Reeds’ band. Throughout this period, The Cousins continued to make music but only now sees them commit to a fully-fledged studio album with Rattlesnake Love. ‘Eclectic’ does not even begin to describe this ensemble of recordings ranging from rock/pop/country/electro to California surf. Written with a wry tongue-in- cheek lyricism that is part concept album, part theatrical soundtrack; it’s a real discovery. “Bikini Breakdown” could have been written by the Ramones, while haunting melodies are never too far away as demonstrated on tremolo laden “Behind the glass” and “Broken Angel”. “The Clown” is pure Broadway.

It’s been a long time in the making, and does lack that traditional consistent thread that most listeners are used to, but that aside Rattlesnake Love is a rare beast! Don’t get hung up on pigeon holing the band as The Cousins serve up a musical smorgasbord! To highlight this, there is even a smattering of electro pop/techno with “Power Pound”, and a futuristic ‘Flight of the Conchords’ sounding “Attention Earthlings”. You get the picture! The album even features legendary Carole Pope for good measure.

No tour dates are planned, but what a night that would be. Imagine Johnny Cash meets Sparks meets Daft Punk and you are getting close to envisioning what this theatrical extravaganza would be like. Want to enter the weird world of The Cousins… try the taster track of “Bikini Breakdown”, you’ll be glad you did.

As Harland told Canadian Beats, “Real music should melt like butter and drizzle warmly all over the popcorn in your soul.” Enjoy.