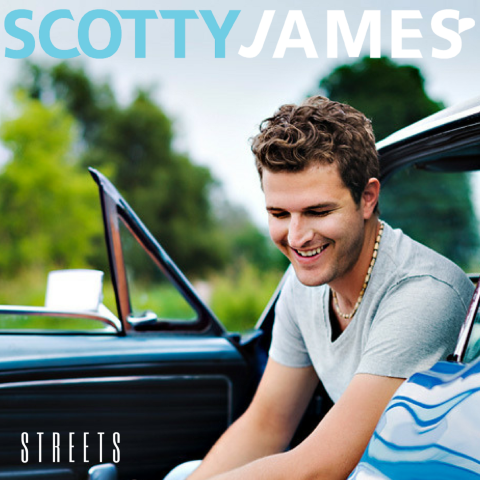 The album is made up of ten tracks, some that we have heard before, as well as some brand new material. I was happy to see some of my favourite singles that were previously released by Scotty on the album, such as “Toes”, “Sugar Don’t” and “Still”.

One thing is certain, Scotty James has a talent for producing adorable love songs that will have any women out there swooning, and the majority of the songs on the album will do just this.

Out of the new material I quickly chose two favourites, “Nobody” and “Cuckoo”. Both of these songs are great examples of the adorable love songs I mentioned earlier. “Nobody” is an upbeat track that features lyrics that make the listener feel as though he is singing directly at them, and as usual, Scotty’s vocals are smooth and addictive.

“Cuckoo” is the ninth song and it features Amanda Rheaume, who adds harmonies, and as much as I enjoy Scotty on his own, I must say that the addition of female vocals just adds to it, and they complement each other so perfectly. The lyrics state “I’m crazy about you, you know I go a little bit crazy without you, maybe we’re a little bit cuckoo, cuckoo, cuckoo”. I can guarantee these lyrics will embed themselves into your brain and you will go around singing them the rest the day. I know that’s the case with me, but I didn’t mind.

The album closes with “Hard Goodbye”, which is another track that immediately caught my attention. It starts off slow, but quickly picks up the pace and I found myself singing along with it in no time. Scotty has a talent of not only performing these songs, but evoking the emotion needed to pull the listener in, and keep them interested, which is no easy feat.

I had been waiting for a full release from Scotty James for quite some time, and now the time has come and the album was well worth the wait.