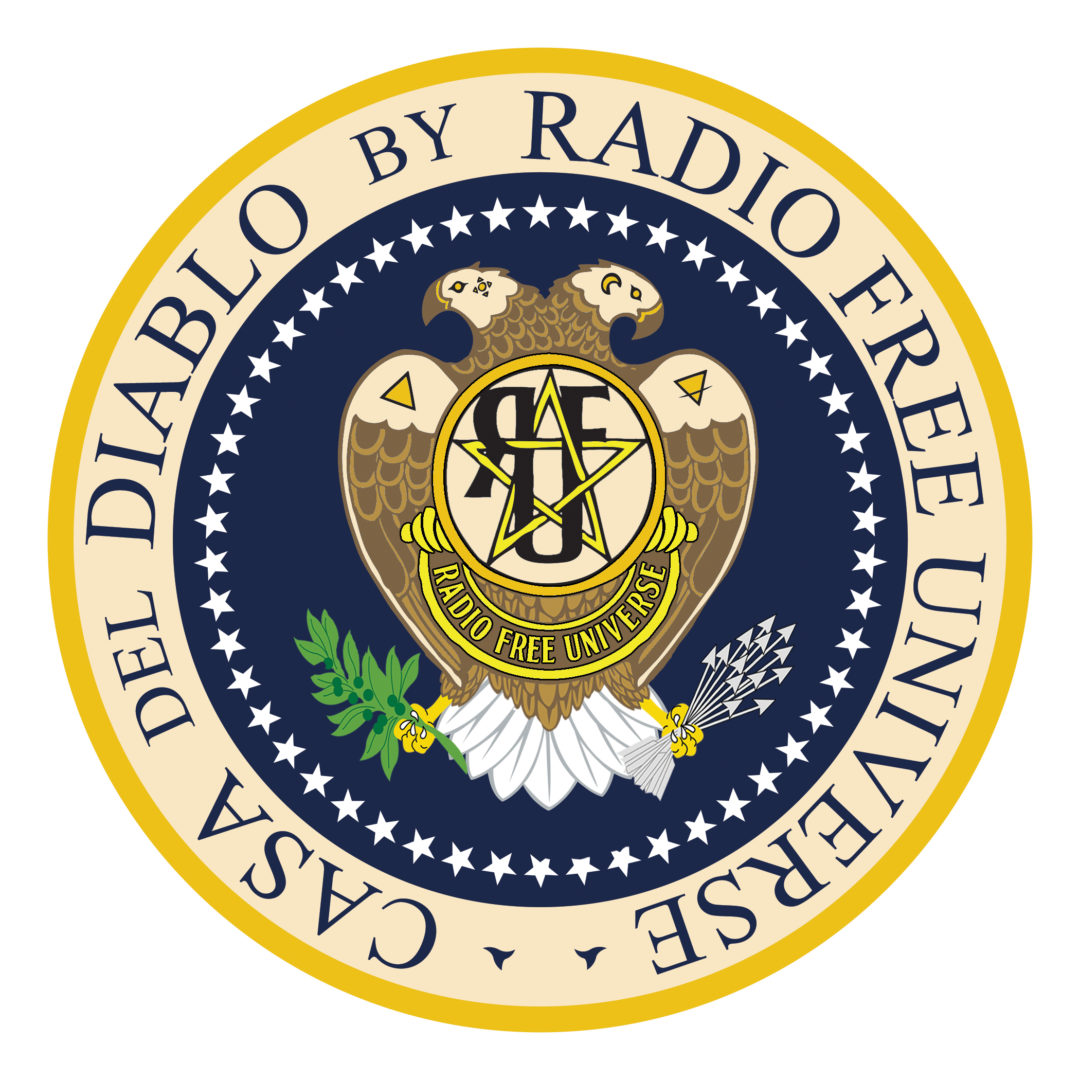 Radio Free Universe isn’t a name you probably have heard of yet. This is about to change as their debut album Casa Del Diablo is set to release March 17, 2017 via Jet Pack Records. Going into it,  I wasn’t sure what to expect. For the most part I had caught myself bobbing my head thinking about the White Stripes and feeling very relaxed. It’s a great party rock album with a ton of catchy beats and instrumental progression. The themes seemed to be all over the place; drinking, aliens, drinking, relationship problems and I kept loosing track but it kept me interested and not falling asleep.

“Disclosure”, the first single from the album personally got me a bit more hooked and able to finish the album, I’ve always been a fan of raspier voices and a bit faster beats. The song itself is right in your face with its lyrics and meaning including the chorus “The whole wide world is run by aliens and all of them they come from another dimension. Where everything is love and everyone is god and all I really want is more disclosure”. As mentioned, the band the meant for this song to be about aliens, and though having it right after something patriotic just didn’t fit, in my opinion.

“Butterfly” after the first few songs, vocally was not something I expected. The vocals and drums mellow out, and give this song an almost stoner-rock feel to it. This song definitely reflects on everyone’s life no matter where you are. Sooner or later you have some sort of transformation and move forward in life in a positive manner.

“DMT” starts picking up, with a more bouncy feel to it, definitely a personal favourite on this album. Though the drums and guitar are simple, the lyricism is what really hit me. I had to track down and do some research but the band says “This song is about the American druggy. Trying to find his being and meaning in a place that makes absolutely no spiritual sense what so ever.  People are so disconnected from the earth”. Which I feel is the case for a lot of people these days.

“Magnolia Girl” was a track that I found to be a good break, as it was a bit repetitive instrumentally and lyrically, it was a breather from the rest of the album. I did find his vocal range stronger on this song, as he was able to hold certain notes for a longer period of time.

“Rhythm and Bones” kicks off with a blues-rock feel. I feel that this song sits with me as a musician with the lyrics “Babe I’m just rhythm and bones”. This is the song that made me go back and appreciate the album again, for a second time.

Though the album had great parts, as well as parts I wasn’t fully fond off, it is definitely one I would keep in my library to go back to, as it has a ton of songs that are relatable in day to day life. I personally haven’t seen them  live, so I don’t have a full opinion of the band as a whole but would love to check them out. If you like a diverse rock album with strong song meanings, then this is something I highly recommend checking out.