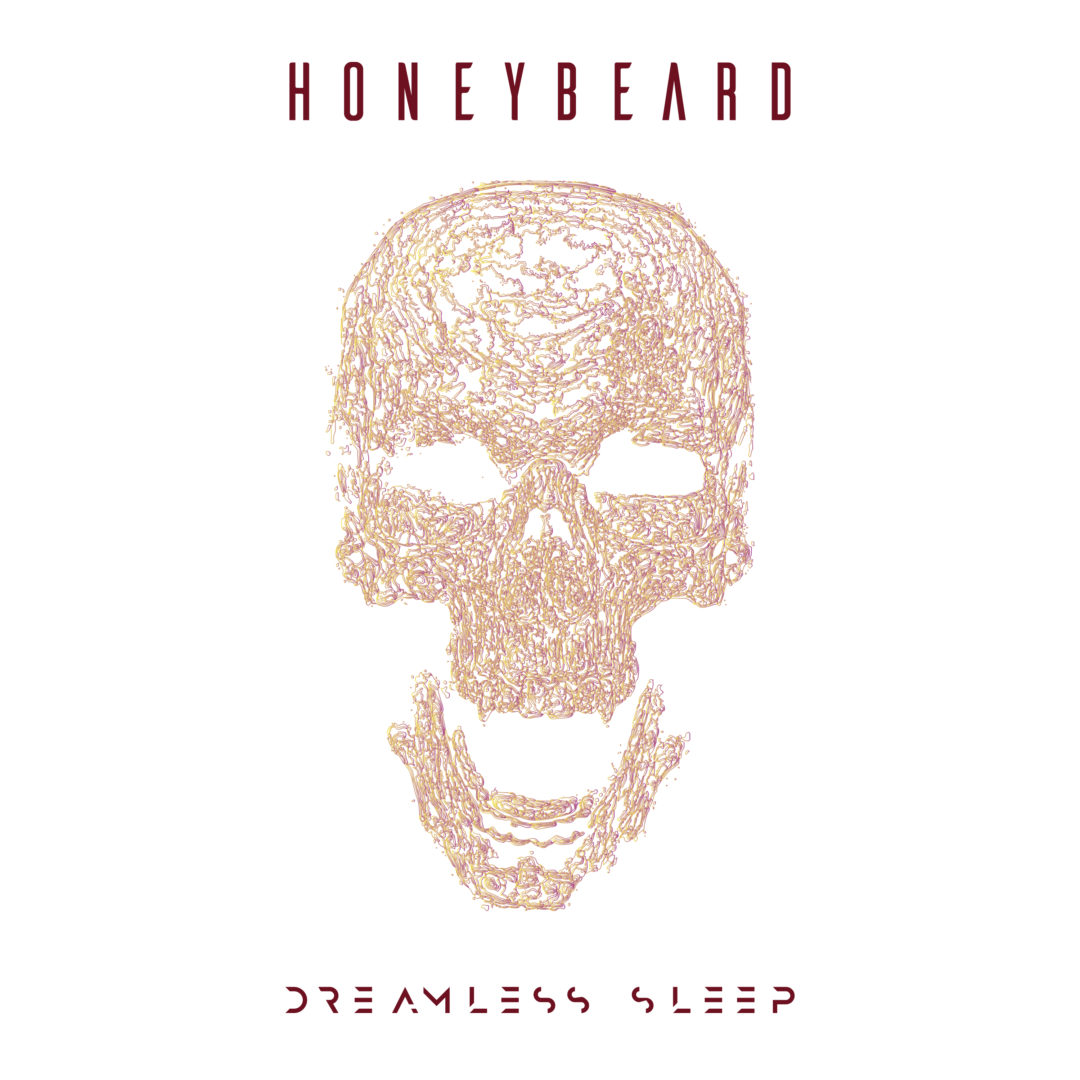 To start the record, Honey Beard dive into the mellow title track, “Dreamless Sleep”, a track which transports the listener right to the centre of what Honey Beard is about: catchy hooks, solid beats, melodic vocal structures, and a fun and vintage 80’s vibe.  Conlon has a very soft voice, adding a welcomed human touch to what is almost completely a digital project.  Similarly, Bell’s guitar has a similar vibe on tracks like “Humming Bird” and “Through the Dance Floor” where the synth driven hook is supported by an interesting and rhythmic guitar line.  The juxtaposition of modernity and retro; electronic and human blend together organically in a manner which is often aimed for, but rarely achieved.  The best example of this lies in the closing track, “Momento Mori”, a softer ballad featuring multiple synth lines which weave in and out from each other, as the song builds in intensity until it has reached a climax of what can best be described as electronic euphoria, as if the tension between man and machine has reached a state of rest; a place of peace.

Part of Dreamless Sleep’s success is based around its foundations in classic electronic music.  Very much, songs of the likes of “Through The Dance Floor”, “Robot Heart”, and “This Might Be Something” are reminiscent of British synth pop of the 1980’s, similar to artists like Depeche Mode, Eurhythmics, and The Human League.  When Honey Beard embraces this influence, it puts them at their greatest;  the fusion of modern recording techniques and textures along with the moody and electronic styling of the past makes for an interesting listen.  It is when Honey Beard try to hide this under straight forward club beats of today along with filtering Conlon’s voice through obnoxious auto tune that they are at their worst.  For the case of Dreamless Sleep, this only occurs once, giving the ten track album only one weak song: “The Stream”.

Honey Beard has delivered a very fun album.  Dreamless Sleep is a record in which will spark as much nostalgia as it will excitement for the future of electronic music.  With tracks like “Momento Mori”, “Through the Dance Floor”, and “Robot Heart”, it is easy to see that Honey Beard have the makings for an explosive debut record that could push them to be leaders of a growing underground scene before bursting out to the rest of the public.  It is clear with Dreamless Sleep that the 1980’s have aged gracefully, and rather than fall flat as a dated grasp at a past life, Honey Beard have demonstrated that perhaps the 80’s never truly left; remaining as an ever present earworm on better dressed bodies.