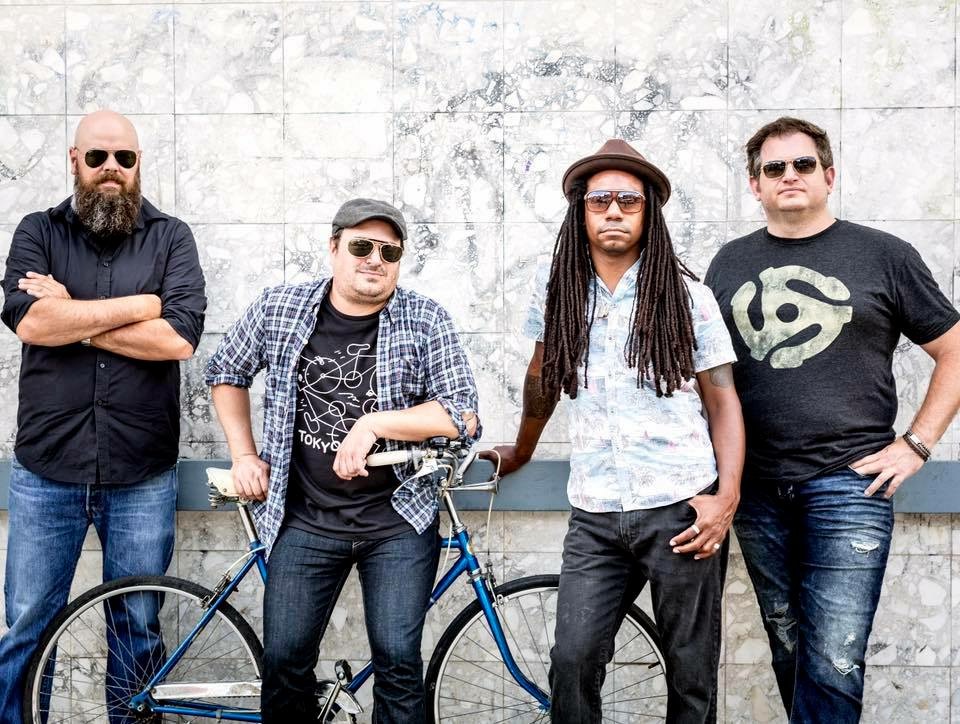 The Julian Taylor Band released their double-album, Desert Star last year via Aporia Records, and is now heading across Ontario on their “401 Tour”. I had the chance to ask Julian Taylor some questions for our newest segment of Five Questions With, and now it’s your turn to read what he had to say, and if you’re able, be sure to check out one of their upcoming tour dates, which are listed below.

Hello Everyone.  My name is Julian.  I’ve been a musician ever since I can remember.  Started playing piano at age five and then took up guitar around eleven years of age.   In high school I started a band called The Midnight Blues with my old friend Freeman Dre who is also still making music.  When that band folded I formed a band called Staggered Crossing.  We were together for 14 year and put out four albums in the 2000’s.  In 2010 I began a project with one of the members of Staggered Crossing (Jeremy Elliott) and my room mate (Ben Spivak) who now plays bass in the band Magic!.  We original were called The Barbs and did the cover band circuit.  The Barb morphed into JTB (Julian Taylor Band) and in 2014 we released our debut album “Tech Noir”.  Just last year we released our double vinyl sophomore album “Desert Star”.  Folks seem to dig the music and I couldn’t be happier about their response.

I listen too a lot of music.  All of it influences me.  People describe our music as Funk, Soul & Roll.  I have been known to write blues songs, rock songs, folk songs, reggae songs and soul songs.  I like to be eclectic and I’m not super interested about fitting into a box.  That being said I’ve always tried to create music that has some kind of earworm or hook.

Yes.  We have a tour coming up this spring.  Heading out on the 401 once again.  I’m nervous and excited because it’s the first time that I have actually hit the road in ten years.  Most of the shows we’ve done have been one off here and there.  Our new tour-dates are listed on our website.

I’d suggest either our first single “Never Gonna Give You Up” or our soon to be released track “Chemical Low”.  Our first single is a lot of fun and upbeat.  The latest one is a bit dark and is about the current times that we find ourselves living in nowadays.  There’s a lot of negativity, stress and compression out there these days.  Asked a person of mixed heritage I found that a lot of cowards who don’t believe in equality have come out of hiding after the US election.  It’s very hurtful and disturbing.

I’d have to say that the artists that I’m gushing on right now are Ammoye, AHI, Dione Taylor (p.s. we aren’t related) and SATE.