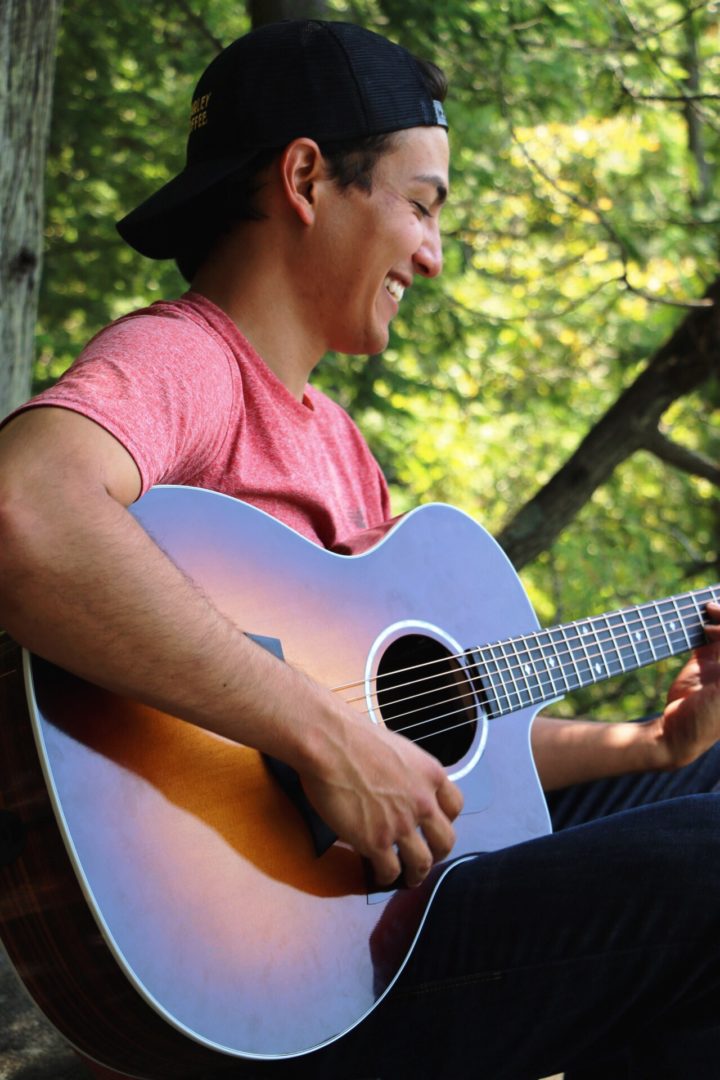 Back in June 2016, at the start of Summer Festival Season, I attended a Cabin Media show at The Kee To Bala. It was Chad Brownlee, along with Ty Baynton, and another opening act, an artist new to the music scene named Jason Maxwell. There was something about him that got the crowd going. From that night on, I have kept in touch with Jason and I am happy to finally be able for everyone to learn a bit about him. Please enjoy this edition of 5 Questions With….Jason Maxwell.

My name’s Jason Maxwell and I’m a country music recording artist/singer/musician from Thornhill, ON. I got my first guitar when I was 12 years old but never really pursued live performances. To be honest, I was very shy when it came to playing and singing in front of other people so, I gravitated towards playing my favourite cover songs in my bedroom. Growing up, I was always writing songs, albeit in an unorthodox manner – it was more of a poetic form in the sense that I didn’t really add chords to the lyrics; I just wrote for the sake of creative writing. For the most part, I was always into sports (hockey particularly) and I never really dedicated my time to developing my artistic side.

I first started posting short video clips of myself singing and playing guitar on Vine back towards the end of 2015. I didn’t gain much traction at all so, I reluctantly decided to join Instagram. I quickly amassed a fan base of a few thousand followers (I’m now up to roughly 11,900 followers!) at which point I was actually sought out by a local band for a tryout. I had never been in a band before but, I ended up getting the spot on rhythm guitar and backup vocals. I spent the better part of the year practising and performing with the band, learning what to do and what not to do, soaking up as much information and experience as I could. Eventually, I realized my skill-set was not tailored towards a career solely as a musician. I parted ways with the band and pursued my own path as an independent artist.

Funnily enough my first performance after leaving the band was actually my biggest gig to date. I was given the opportunity to open for Chad Brownlee and Ty Baynton at the Kee to Bala up in Muskoka. I can only imagine buying a ticket as a concert-goer: Chad Brownlee (CCMA award winner, Juno-nominee, Big-stage Festival-Headliner), Ty Baynton (Boots & Hearts emerging artist who played just about every fair, festival, rodeo etc. you name it, he played it!) and me, Jason Maxwell. Who’s this Maxwell guy? I knew the show would be sold out, based on the draw from Chad and Ty but, I had no idea what my opening acoustic set would be like. Would anyone even pay attention? Would people enjoy the great weather on the patio? I mean, I couldn’t blame anyone for passing on an unknown opener. If I was in their shoes, I’d enjoy a drink or two on the patio overlooking the water before catching Ty and Chad’s sets later on. To keep it brief, I was blown away by the crowd’s responsiveness. From the first song (Wagon Wheel) to the last tune (Chicken Fried) the whole place was singing along, rocking the night away! To think, I was worried about having only 10-20 people watch my opening set to having a sold out crowd drowning my own voice out from how loud they were singing along. That’s definitely something I’ll never forget!

The rest all seemed to fall into place. I ended up meeting several contacts as a result of The KEE gig, that have helped me get that much closer to achieving my dream as a recording artist and live performer. I’ve already booked over 35 performances across Ontario and, to kick off 2017, I’m releasing my first single to Canadian Country Radio with my debut EP to be released in late Spring/early Summer.

How would you describe your music and writing style?

I would definitely describe my music as Pop-Country/Country-Pop. I cover some of the traditional country classics but my original works all appeal to the younger demographic that seems to eat up the relatively “new” country sound. My writing style tends to focus heavily on personal aspects of my own life experiences. I find my writing tends to flow effortlessly when talking about subject matter that I’ve dealt with first-hand, opposed to writing about perhaps, more common topics that I don’t necessarily have hands-on experience with.

It looks like you have a busy tour schedule for 2017. Please tell us some of the shows you are most looking forward to perform.

2017 is shaping up to be my busiest year yet! With just over 35 bookings confirmed as of right now, I’ll be performing more this year than all of my past year’s performances combined! To be completely honest with you, the gigs I’m most excited for are the ones that have yet to be 100% confirmed. I have a few special appearances under wraps that will hopefully pan out but I don’t want to spill the details before they’re set in stone!

As far as my current Tour schedule goes, there’s quite a few shows I’ve got circled on my calendar:

-March 24th @ Smiths Falls Theatre, my first headliner concert! (about an hour out from Ottawa)
-April 1st @ The Ranch Resort in Bethany. I was selected to audition for this year’s contest!
-May 5th @ Simcoe Yard House, Casino Rama, Orillia. I’ll be performing next-door to the Dean Brody and James Barker Band concert (Don’t blame you if you choose to check out Dean and the Barker boys. They’re two of the best shows to catch in Canada!)
-June 3rd @ Downtown Milton Street Festival. I watched performers at the Festival many years ago so, it’ll be an awesome experience seeing it come full-circle!
-June 17th @ Milverton Rodeo Dance, Last year’s headliner was Universal Music‘s The Reklaws, who are being asked to return again!
-July 15th @ RAM Rodeo in Simcoe, expecting roughly 2,500 people to attend which would be my biggest audience to date!
-July 18th @ Concert 4 Carley’s Angels Foundation in Toronto. A charity dedicated in loving memory of Carley Allison. I’ve been involved with the event in the past and they somehow manage to break their own fundraising efforts year after year. I’m a proud supporter of the organization and I’m honoured to be a part of the concert once again!

You have your debut EP coming out soon. Please tell us about it.

Each song on my EP brings me back to a time or place in my life that I can vividly picture in my mind. These songs represent personal, real-life stories I want to share with the world. I try to immerse myself in a specific memory, recall how I felt and what I was thinking at that point in time. Then, it’s a matter of finding the right words to paint the perfect picture to share with the world.

My first EP, titled Cruising, will likely be released closer to May/June. My debut single hit Canadian Country Radio stations on March 13th; it’s called “Constellation Conversation” and it is available on all digital download/streaming platforms. Please request it at radio if you enjoy it!

Here is the brand new lyric video for “Constellation Conversation”:

Canadian Beats is all about Canadian music. What Canadian bands/artists have influenced you?

Truth be told, I definitely get my inspiration from some big names south of the border – Thomas Rhett, Sam Hunt, even John Mayer! Regarding Canadian artists, I was always a Chad Brownlee fan long before I got the chance to open for him. Another band that I try to emulate on a story-telling level is The Tragically Hip. They always capture your full attention with their uncanny ability to tell vivid stories. They make you feel as if you were right there with them experiencing the story they’re sharing through song. One band that I’ve become pretty big on lately is The Washboard Union. There’s just no one else like them on the Canadian Country scene, evidenced by their Roots Artist of the Year award. 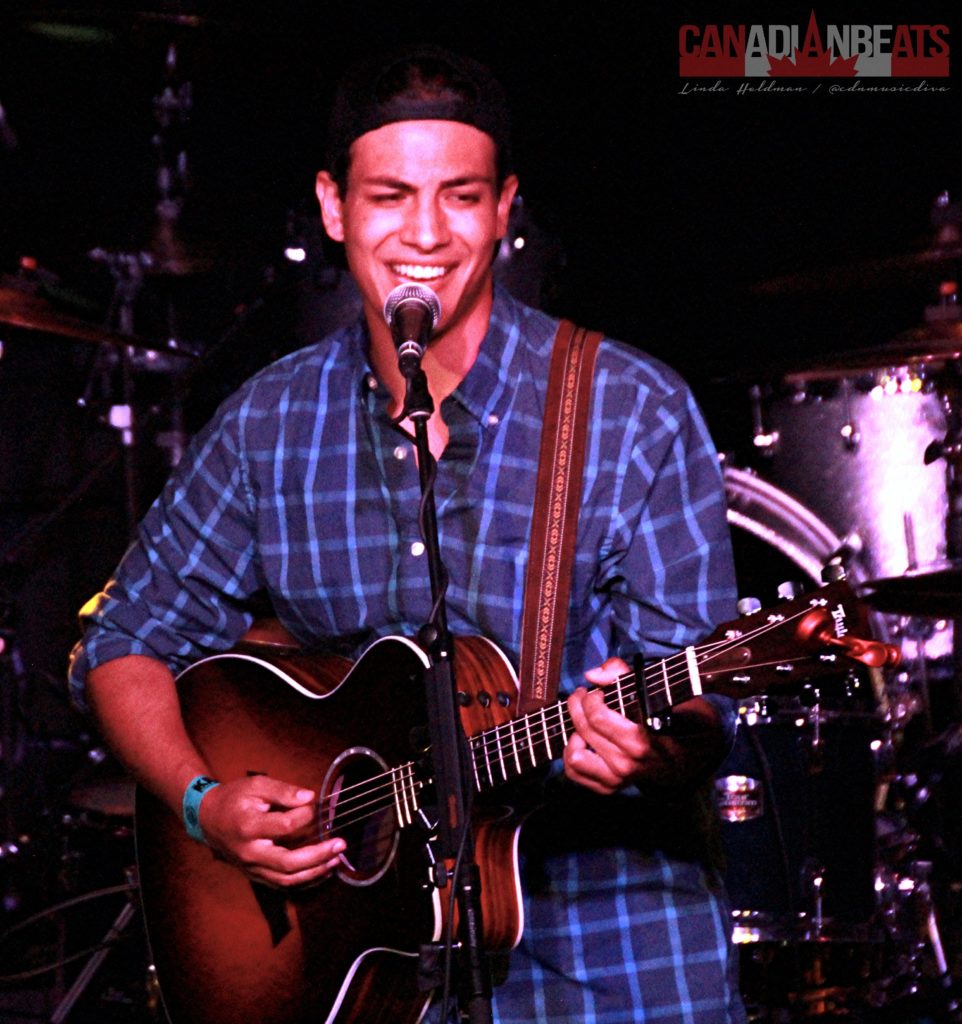 UPDATE: Jason informed us of some fantastic news regarding his single release for “Constellation Conversation”. On its release day, March 13th, it broke into the iTunes top 200 country chart at 161 and was Top 5 DMDS download at radio. Congratulations Jason!