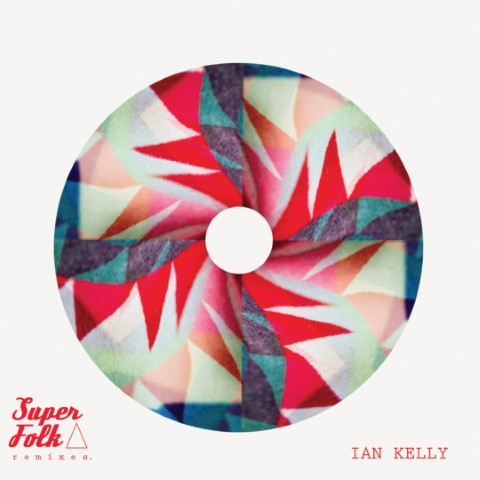 One artist, four songs and five great DJ’s. The SuperFolk Remixes is the latest release from Montreal singer-songwriter, Ian Kelly, which revisits four of his tracks from his 2016 SuperFolk album.  Kelly’s idea for the project was to let his brother (a “DJ in some of Montreal’s coolest spots”) to contact some prominent electronic talent in the scene to see if any were inspired at all by his SuperFolk album. I am glad to say they were indeed inspired, as they have put together six remixes that took Kelly’s songs to whole new levels.

Ready for Love seems to have struck the strongest chord within the scene as this album sees three entirely different and fresh remixes of the hit.  While it may seem like overkill to have three of the same song on an album, each of these remixes have highlighted their own element of the original which gives them each a unique and different feel.

Most notably different is the Pif Paf (CMB edit) remix, the song has different space like elements that give the tune an other-worldly feel. Pif Paf’s remix is more upbeat and dancey than the Toastdawg remix, which takes you on a journey through the song through the effective use of quiet and down tempo moments.  These moments create a compelling ambience and sense of natural rhythms. Bueller took the song in different direction and slows the song right down to maintain more of the original elements including the vocal integrity. I can definitely see this song ending up on numerous chill out mixes for the summer.

Lesko Cerf took on “I Love You More” and “California” and gave them the chilled out tropical house treatment.  These remixes are reminiscent of the likes of Kygo and Lost Frequencies and both had me moving almost involuntarily to the infectious beat. While both maintain a beach-y relaxed vibe, “California” does have builds and drops that would not put it out of place in a club scene.

The final remix is an upbeat take on Kelly’s “Let It All Out” by Orsound,that hooks you in with a clap, a whistle and a banjo but at a faster more lively pace than the original.  This remix does hold onto more of the original elements than the others seem to, and yet brings a wholly different feel to the song. Think Coleman Hell.

All in all, I do love a good remix and will be the first to complain about a bad mix but all of these, whether my style or not get the seal of approval. I will definitely be keeping my eye on these talented DJ’s and if, like me, these remixes prompt you to check out the equally talented Ian Kelly, he is rounding off his SuperFolk tour with Peter Katz (dates below) and performing as part of the 375th anniversary celebrations of the City of Montreal.

My name is Megan and I’m an alcoholic. No, wait, that’s not right…I am however from the UK, love to travel, surf, take photos, listen to music, write, run, laugh and, well… live. I played the cello from around eight and joined small orchestras soon after. I’ve never been very good, but I loved the complexity and diversity of classical music. Not surprisingly, my appreciation of music ranges from anything from Dvorak to AC/DC or Ben Howard to Above and Beyond; all has its place in my collection. My creativity has now found new escapes, this time in the forms of photography and writing. Combining my new creative outlets with music at Canadian Beats is a great way for me to explore another element of my adopted country – it’s music.