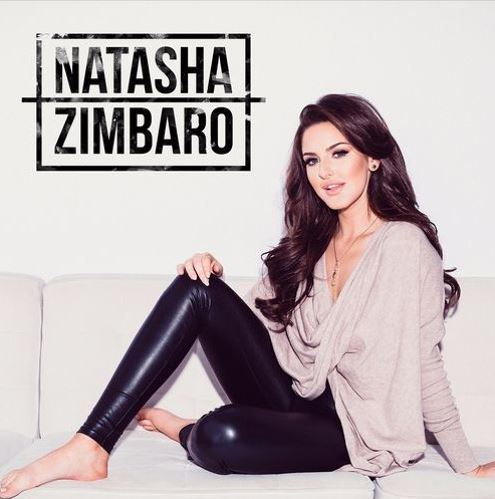 Maple Ridge, BC country singer Natasha Zimbaro has released her self-titled EP via HOME Music Co. The EP includes previously released single “Rebound” and newly released single “Cardboard Box”. If you think you’ve heard Zimbaro’s name before, you may be correct. She was once part of the top 16 on the UK X Factor, and also a part of PRTY H3RO.

This EP definitely does not sound like PRTY H3RO. She has returned to country music and it fits her voice almost perfectly. Admittedly, I did not listen to Zimbaro previously to this EP, other than the singles she released with PRTY H3RO, but I was thoroughly impressed by what I heard. The EP opens with the newer single, “Cardboard Box” with a darker sound, typical of country styled break up songs. “Still Smokin’” follows suit with the break up narrative but tells the tale of running into an ex but still feeling like there’s something between them – something many people go through. “Rebound”, which was described as “instantly catchy” is definitely that. Again continuing the story of a break up, this song focuses more on finding someone else that’s in the same boat and using each other to try and get over the previous relationship, as the title of the song hints at. “Obvious” starts off with the twang that country fans have come to love, definitely more country sounding that the previous songs on the EP. The song turns around the previous story of a break up and turns it into looking at the prospect of another relationship, pining after someone that you want who may not realize the romantic undertones you may project towards them. “Small Town Runaround” seems to be about hearing about your significant other cheating on you with someone else, and hearing about it through other people just as news and gossip travels through small towns. “Boys Will Be Boys” closes off the EP with Zimbaro’s lilting vocals in perfect harmony with the backing music.

Overall, I was impressed with the six track release. I wasn’t sure what to expect only having heard Zimbaro in PRTY H3RO, but this EP is great. It’s more on the pop country side than the stereotypical older country style but will surely appeal to many listeners. I look forward to whatever Natasha does next, as I’m sure her fans do as well.