If you know anything about Canadian country music right now, you can’t deny that Alberta’s own Brett Kissel is taking over in a fast way! Every single he releases dominates the charts, and his live shows are electrifying. So electrifying in fact, the one and only Garth Brooks invited him to open for him during a couple of his Edmonton shows.

I recently had the chance to catch Brett again in Lethbridge, Alberta. The show was at the Enmax centre and was kicking off the PBR weekend and was sure to be a party. Energy was high, and looking around it was very evident you were at a country show. After opener Lauren Mayell, Kissel stormed the stage to show you exactly why Canadian country music is coming up Kissel. Not only are his songs full of passion, fun and real life, and his shows packed with enough energy to make you question if you are at a rock and roll show, but one thing I will always say about him is that you will never meet someone as genuine and nice in your entire life, I’m sure of it. And in true Kissel fashion in Lethbridge, he announced on stage that he would be signing autographs after the show. This was an arena show! This is almost unheard of! But sure enough, Brett stayed in the venue meeting fans, taking pictures and exchanging stories with hundreds of people until after midnight. And one thing I’ve noticed after a few events and meetings involving Brett, is that super sweet and kindhearted person you see on stage, or meeting fans, is wholeheartedly him. No “show” being put on there let me tell you. Canada is very lucky to have him, and I know Alberta claims him as their own with an abundance of pride as well. If your playlist isn’t “coming up Kissel” yet, I strongly suggest you get on that. 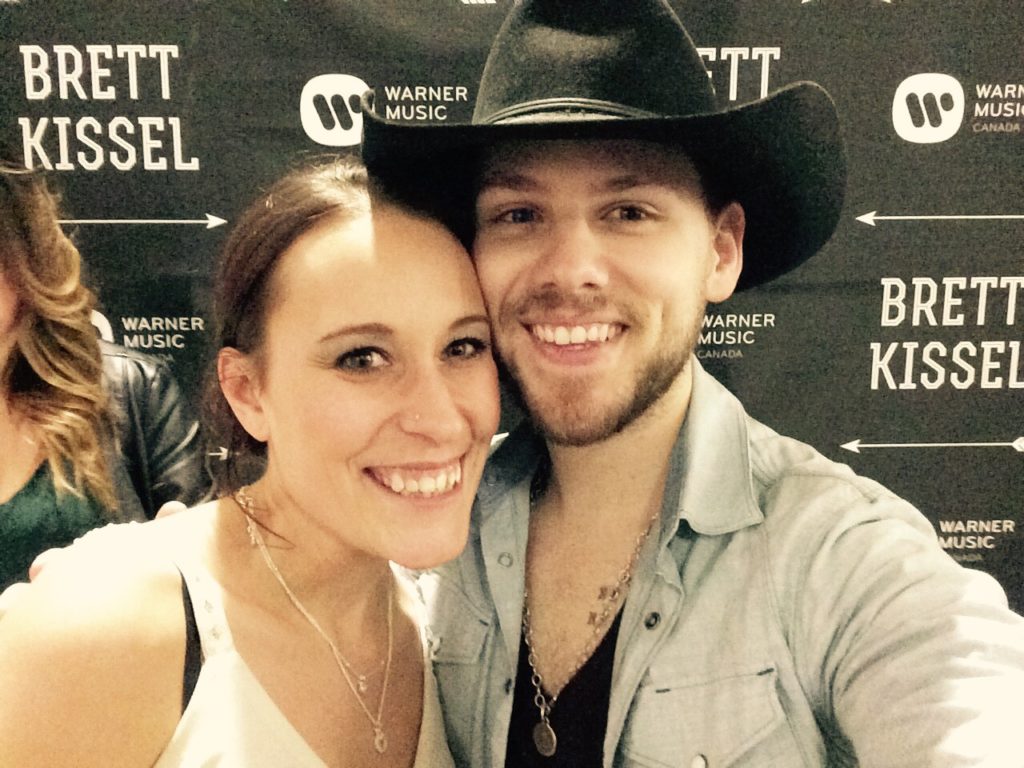 Brett has just released the lyric video to his new single “She’s Desire”. The single, no surprise, is dominating Canadian radio and fans are loving it. Watch the video above, and download the song on iTunes or stream on Spotify.