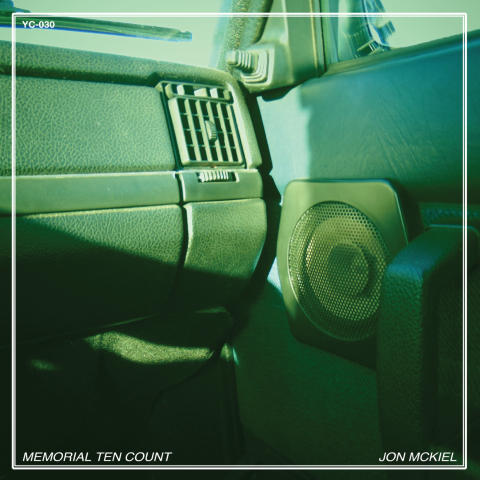 Nova Scotia Native Jon McKiel has released his LP Memorial Ten Count. This ten track LP is smooth, classic indie rock that is sure to get listeners swaying along. The variety of songs give a glimpse as to just what McKiel can do – his abstract voice with the combination of a unique tones that are all at once natural and electronic, create a mysterious aura and leaves listeners with the feelings of wonder.

Memorial Ten Count starts off with “Boss”, a feel good yet heavier tune. The eerie vibes of the song gave me Bon Iver feels while the steady beat and silky tones make a strong start to the album. The subtle reverb and echo on vocals adds to the eeriness, while really playing up McKiel’s vocal style.

“Unknown Source”, the fifth song from McKiel is a simplistic, soulful song that to rope listeners in, if they haven’t been already. The styling will naturally make you sway along and in my opinion, is a perfect song for a summer drive. Lyrically, this song was simple and quite strong. It is short and sweet.

“Conduit”, the single released for this LP is steady, upbeat, and face paced – the most electronic sounding from the album. It feels full of drive – it made me feel motivated. The versatility within this song alone shows the talent McKiel possesses.

Wrapping up Memorial Ten Count is “Memory Cook”, which is one of the most interesting songs on the album – stylistically speaking. Vocals on this track take the stage, while another eerie soundtrack keeps a consistent beat. This style really allows Jon McKiel’s voice to shine and is complimented well by the quirky tones.

Overall, Memorial Ten Count is indie rock at its peak – lyrically meaningful, relaxing vibes, interesting soundtracks. Every song on this LP has something to offer, sure to keep listeners hooked. Check out Memorial Ten Count for a go-to summer album full of easy listening and good vibes!