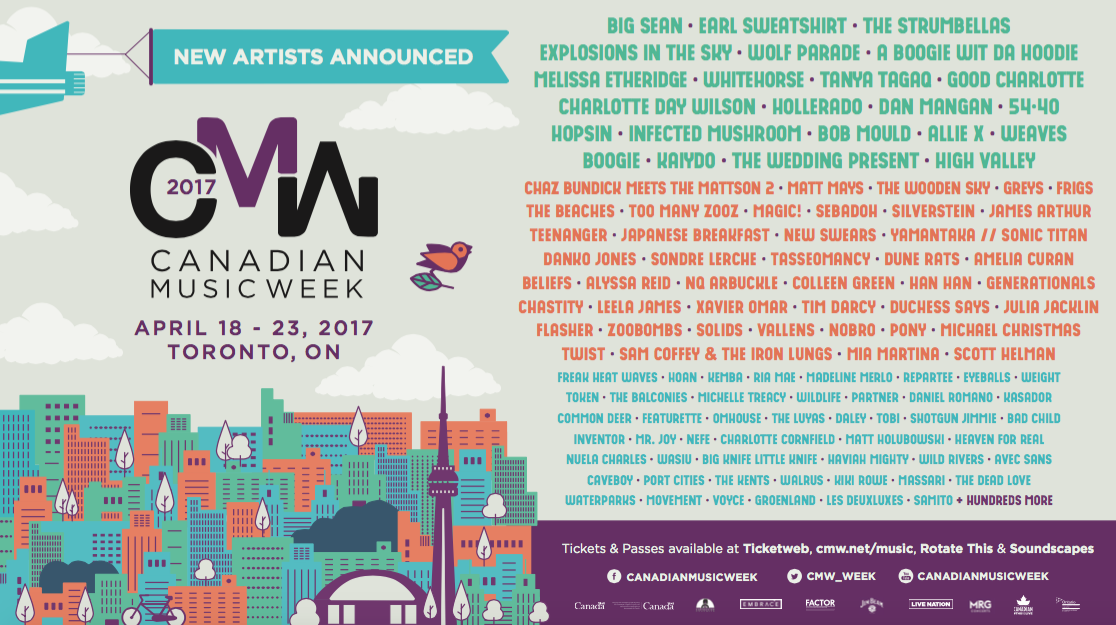 Between April 18-23 CMW will take over downtown Toronto with over thirty official venues hosting the extensive array of musical talent.

Now in its 35th year, Canadian Music Week is recognized as one of the premiere entertainment events in North America focusing on the business of music. The Canadian Music Week festival spans 6 nights of performances, with hundreds of showcasing artists at more than 30 live music venues across downtown Toronto. All convention functions take place at the Sheraton Centre Toronto Hotel, 123 Queen Street West, Toronto.