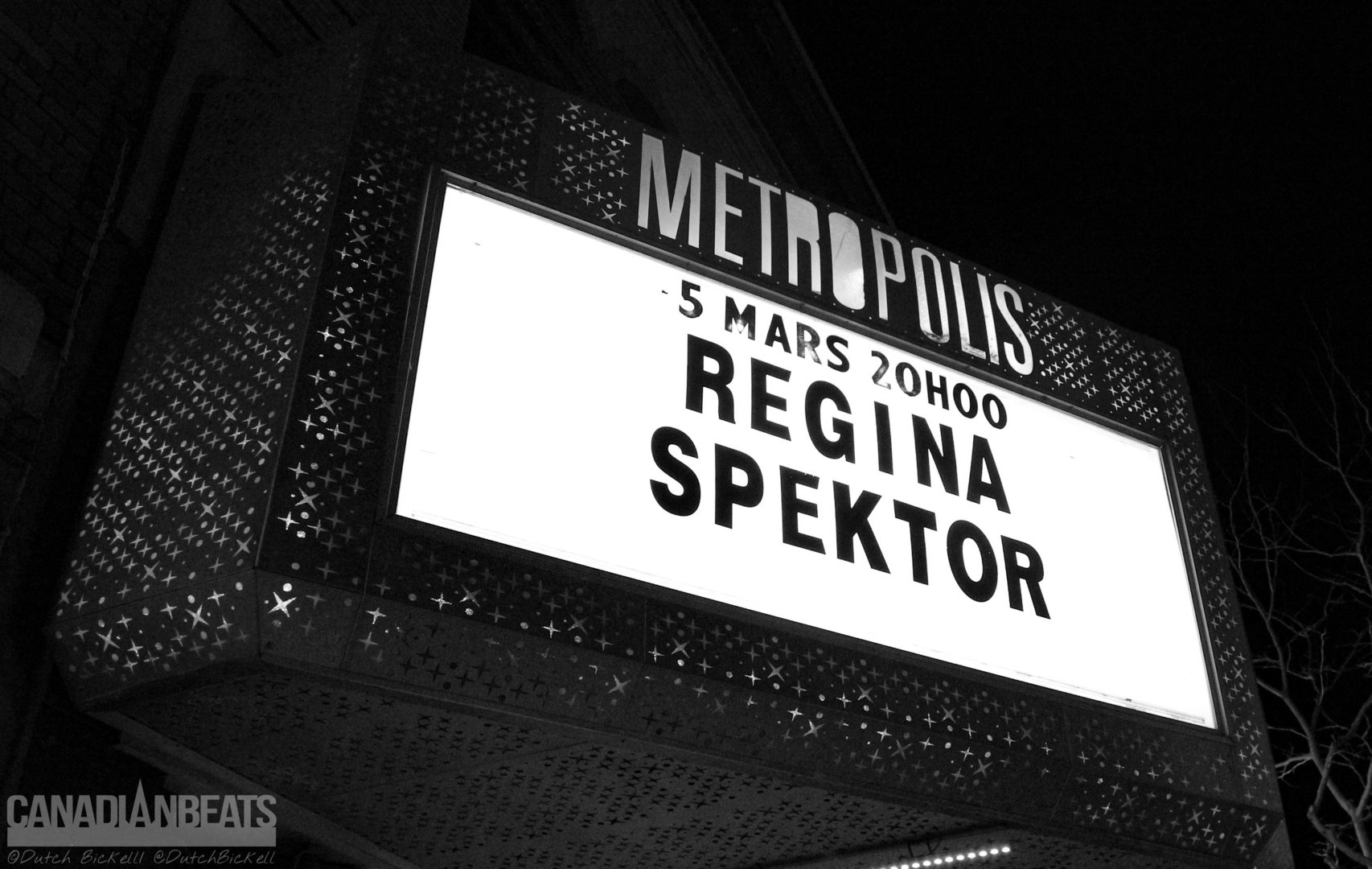 Regina Spektor has been earning herself loyal and devoted fans of her music all across the world since her self-released debut album 11:11 back in 2001. Fast forward to almost two full decades of creating music, Spektor is traveling the world and selling out multiple venues everywhere between her homeland of Russia and some of the best theatres in Canada. Released in September 2016, Remember Us to Life became the seventh entry into Spektor’s musical library. Kicking off her 2017 tour in support of Remember Us to Life; Spektor graced the Metropolis theatre in Montreal for her very first stop.

Dressed in black pants, a smart black shirt, and red shoes that Spektor claims have been to the “shoe doctor” more times than she could count, Spektor took her perch at the grand piano centre stage and started the evening with “On The Radio” from her gold-selling album Begin To Hope. The Metropolis theatre was packed and hung off of every note. Spektor joked and took time to interact with the audience who seemed enchanted by the songstress.  “I feel like this is one of those dreams where I am not wearing any pants” Spektor joked, “But I see I have pants on, so we are good to go.”

The evening was a wide range of Spektor’s vast musical collection. Including songs from each of her previous studio albums, the focus of the set list was appropriately on Remember Us to Life. Spektor include the album Remember Us to Life throughout her set list almost in full, performing; “Bleeding Heart,” “Older and Taller,” “Grand Hotel,” “Small Bill$,” “The Light,” “The Trapper and the Furrier,” “Tornadoland,” and “The Visit” were some of the tracks Spektor performed.

Spektor also treated her fans to some of the favorites that they have come to know and appreciate including; “Samson” which first made its appearance on 2002’s Songs and later on 2006’s Begin To Hope, “Après Moi,” “Sailor Song” from 2004’s Soviet Kitsch, “You’ve Got Time” from the Netflix hit Orange Is The New Black, and her personal selection of the Leonard Cohen track “Chelsea Hotel #2” from his 1974 album, New Skin for the Old Ceremony.

Spektor spent the evening performing song after song, and entertaining the audience. Each member of the audience was there for one purpose and one purpose, to hear Spektor perform. Spektor was energetic, entertaining, and completely precious. If you have not had a chance to listen to and of Spektor’s albums, or catch her in a live show I strongly suggest you give her music a chance or two. Even though Montreal marks the only Canadian stop on Spektor’s 2017 tour, you can guarantee that she will be back.