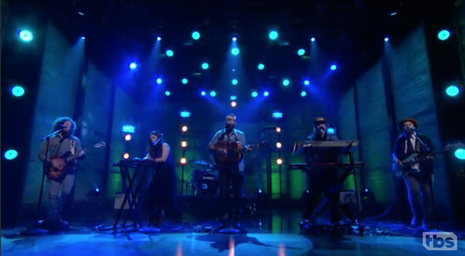 Before you complain that it’s Monday morning, yet again, take a moment to appreciate what The Strumbella’s jam packed touring schedule will look like this year.

The band will be heading to Australia in April, follow by tour dates across the United States in May and June with some festivals mixed in through the summer months and even more US tour dates in the fall.

However, it’s not just touring that’s keeping The Strumbella’s busy. The group brought their infectious live show to Conan last week for the debut performance of their new single Young and Wild. The band also released the live music video for the song which captures performances in front of massive and sold out crowds at Lollapalooza, ACL, New York’s Bowery Ballroom, The Danforth Music Hall and much more.

Connect with The Strumbellas: