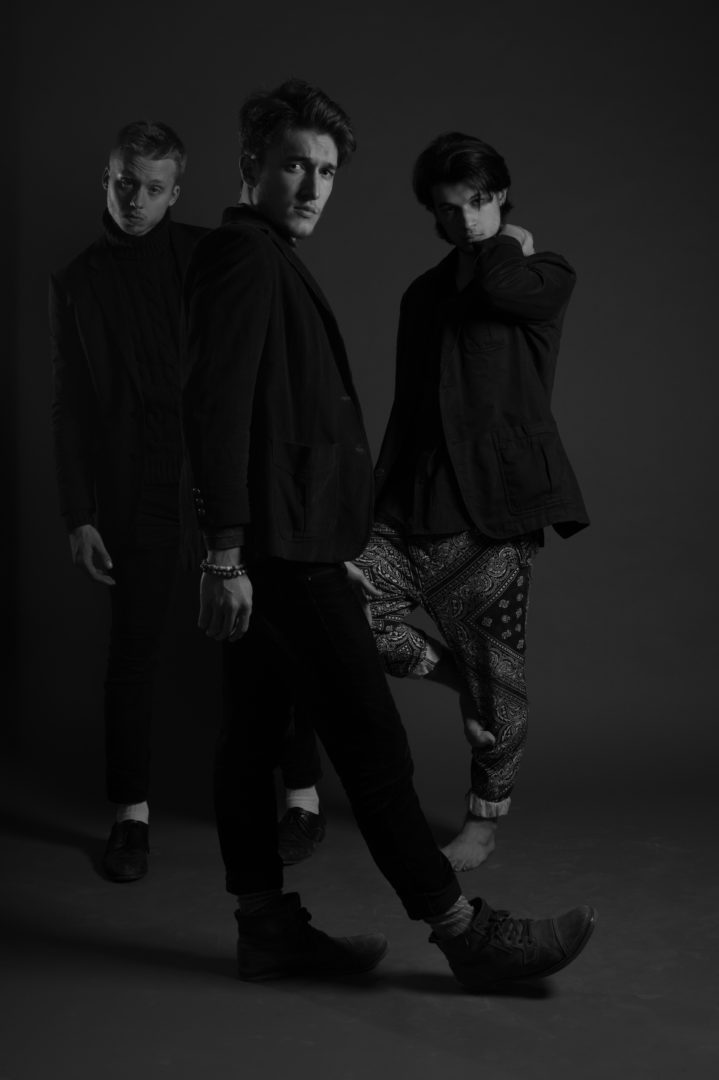 Sherbrooke, QC based band, Orange O’clock are hard at work on a new album, and have released their first single, “Get It On”, which you can hear below. We had the chance to chat with the band for this segment of Five Questions With.

Built on a strong groovy brit-rock vibe, our sound calls to mind a meeting between David Bowie’s eccentric and charismatic vocal interpretation and Arctic Monkeys’ warm sound. Listening to our music feels like travelling from the 80’s to the future and diving into a whole new merged universe. The lyrics are signed with a particular quill pen, advocating positivity, freedom and change, through metaphors and stories full of imagery.

We’ve already announced a few gigs in the following months on our Facebook page and there’s more to come up as soon as the festivals will post their lineup. Orange O’clock live, is offering a theatrical and explosive staging, especially assumed in the choice of our unique disposition on scene and costumes. In studio, we overdubbed most of our chorus with choirs, typical signature of the 80’s. This effect invites the public to be part of this huge and dynamic unifying event. We are offering a funk-rock groovy show that’ll make everybody dance and dive in this unique and captivating vibe.

Our most recent single GET IT ON, just released to promote our upcoming album, which is now available on Spotify, iTunes and all the other digital platforms.  With a fierce and minded vibe, GET IT ON has a groovy prominent feeling that reminds of the 80s, especially in the chorus (tambourine and lots of emphasis on the rhythmic aspect of the song). Most of the galactic retro effects used in the vocals, refers to songs like Let’s Dance and Fame from David Bowie. There are a lot of dance-punk and funk-rock influences in general.

There are so many talented artists here in Canada. We’re lucky to develop ourselves as musician with  that amount of excellent acts around us. Our favourite band would definitely be Arcade Fire. We’ve been following them since the beginning and it has always been a huge inspiration and motivation for us to see them play across the world and proudly show canadian art in so many countries. Hope we’ll get the chance to play with them one day and jam ! Music is all about love and sharing the truest and most honest feelings from our very soul. Arcade Fire have understood that.