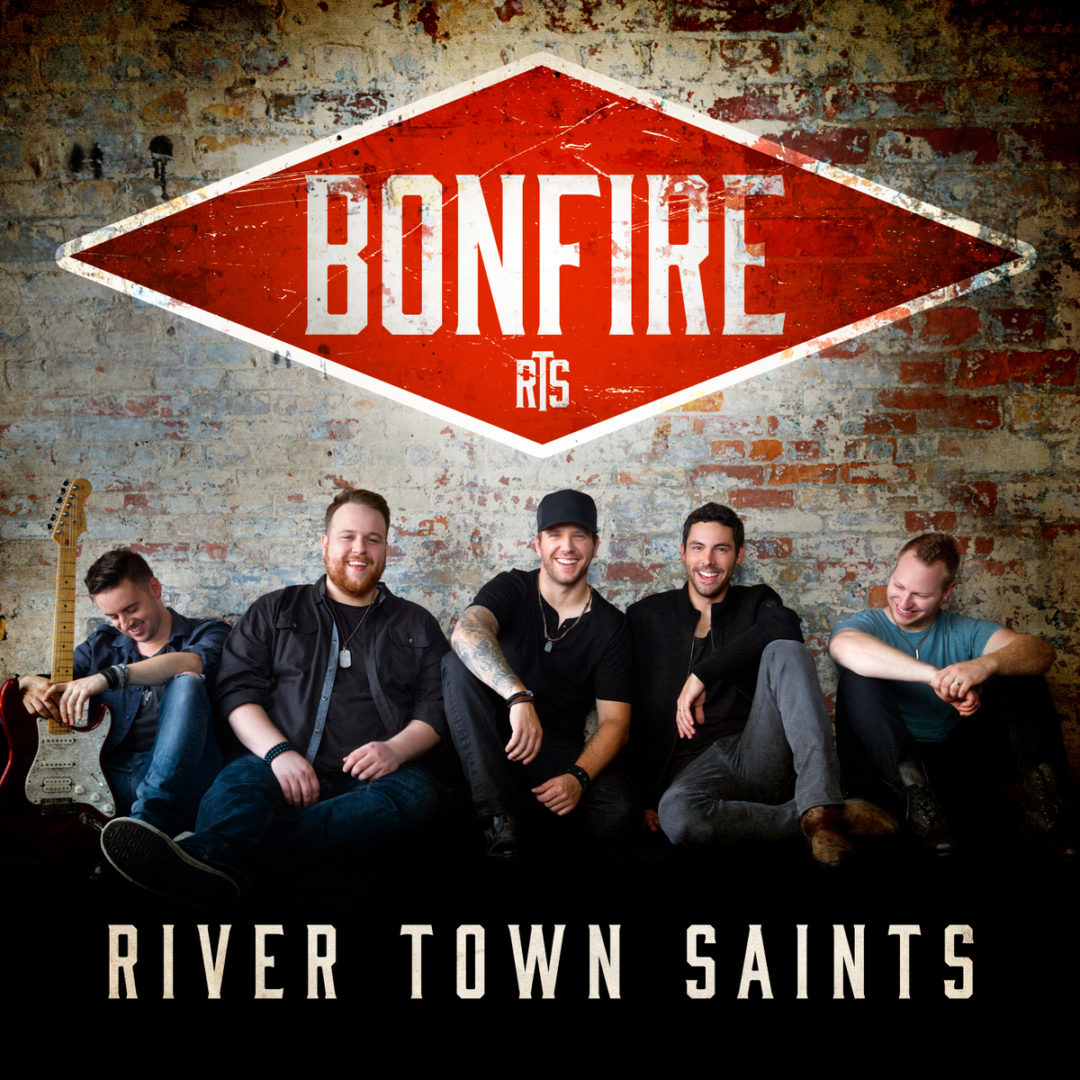 “Bonfire” is the third release and highest-charting single to country music for the guys from Ottawa. It was released to CMT Canada on March 1. That in itself has to be exciting for River Town Saints – to have a video released on CMT so early on in their career.

“Bonfire” is not shot as you might expect it to be – at night, truck scenes, a guy picking up a girl at her house for a night out, bar scenes. Instead, the opening is a sound check followed by the band performing to the sound of thousands of screaming fans. This part of the video was shot in Sudbury when the guys were there for a recent gig at Sudbury Community Centre. They’d never played there, and as Ottawa boys it felt right to do the video at such a fun local spot. Watching the band having a fabulous time on stage with full audience participation and lit-up cell phones is what makes this video so successful. These guys show off their playful side as we watch some scenes in studio and in their everyday life.

When asked how the River Town Saints came to the decision to make this a concert video instead of an “outdoor-themed” one, Chris Labelle told Canadian Beats:

“We decided to go with the concert video concept because we’ve gotten really good feedback about out live shows and we wanted to share a taste of that experience with the rest of our fans.”

And, this video is doing just that! It really is a captivating video to experience.