Whitehorse Announces New Album with video “Boys Like You”. 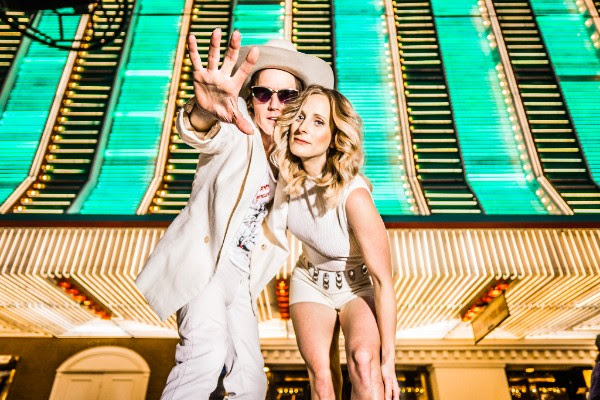 From their upcoming fourth album, Panther in the Dollhouse, due out May 12, 2017, comes Whitehorse’s new single “Boys Like You”.

A slick video filmed by award-winning Edmonton filmmaker Trevor Anderson, the video crackles through a conversation between a man and a woman as they go from green rooms, to video shoots, to a live show with Doucet lamenting wanting the sexy rock n’ roll lifestyle while McClelland hollers, “Boys like you, they live with their mothers, forever, and ever, and ever”.

“The boy is pathetic and a bit desperate, but maybe she senses an air of entitlement somewhere in there,” McClelland explains. “To him she will never be a real person, just a clichéd idea of what he wants, needs, deserves. Not so fast, dipshit.”

It’s a gritty, rhythm-heavy tune that you’ll want to put on repeat for the rest of the day.