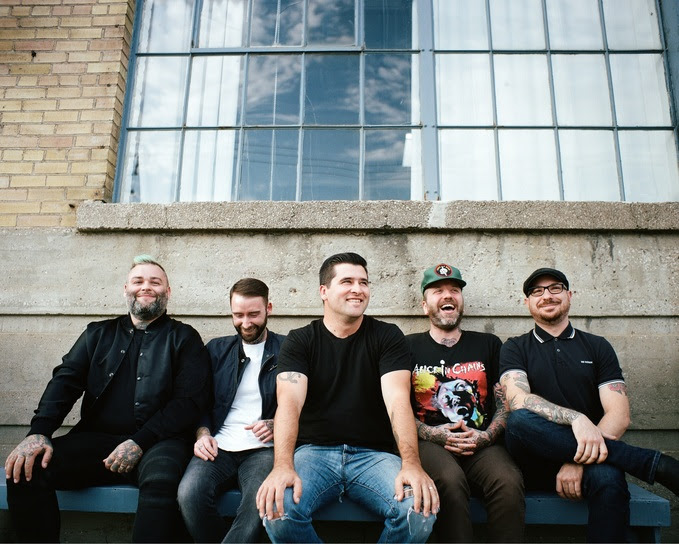 Following a surprise performance at Billy Talent’s show at the Air Canada Centre in Toronto on Monday night, iconic Canadian rock band, Alexisonfire has announced a limited engagement of shows this summer. The band will come together once again to perform four shows at the Danforth Music Hall in Toronto, including an all ages show on June 18th followed by three 19+ shows presented by Budweiser’s Discover What’s Brewing Series.

The band will also be making an appearance at Montebello Rockfest in Montebello, Quebec on June 24, 2017. The festival will run June 22-25, 2017 and features Rammstein, Iggy Pop, Queens of the Stone Age, The Offspring, Wu Tang Clan, and more.

Gaining a reputation for their unforgettable live shows, this series of limited performances is not one to be missed. Tickets for all show dates go on sale Friday, March 3 at NOON EST. See below for show dates and links to purchase tickets.

In addition, Alexisonfire will release a new version of Crisis as part of Record Store Day in Canada on April 27, 2017. Pressed on a white vinyl as a single LP for the first time, the Record Store Day release will be hand-numbered out of 1977. The album originally debuted at #1 on the Top 200 SoundScan and is one of the band’s most successful albums. The LP hit #5 on Billboard’s Top Heatseekers chart, #18 on the U.S. Nielsen SoundScan Independent Album chart, and charted internationally in the UK and Australia’s ARIA charts.

The album took the band in a new direction with darker subject matter and marked a much more “rhythmically liberal” process in the studio. An authentic, musically creative album, Crisis was meant to capture the essence of the band’s live sound. For updates and more information, visit the band’s website.