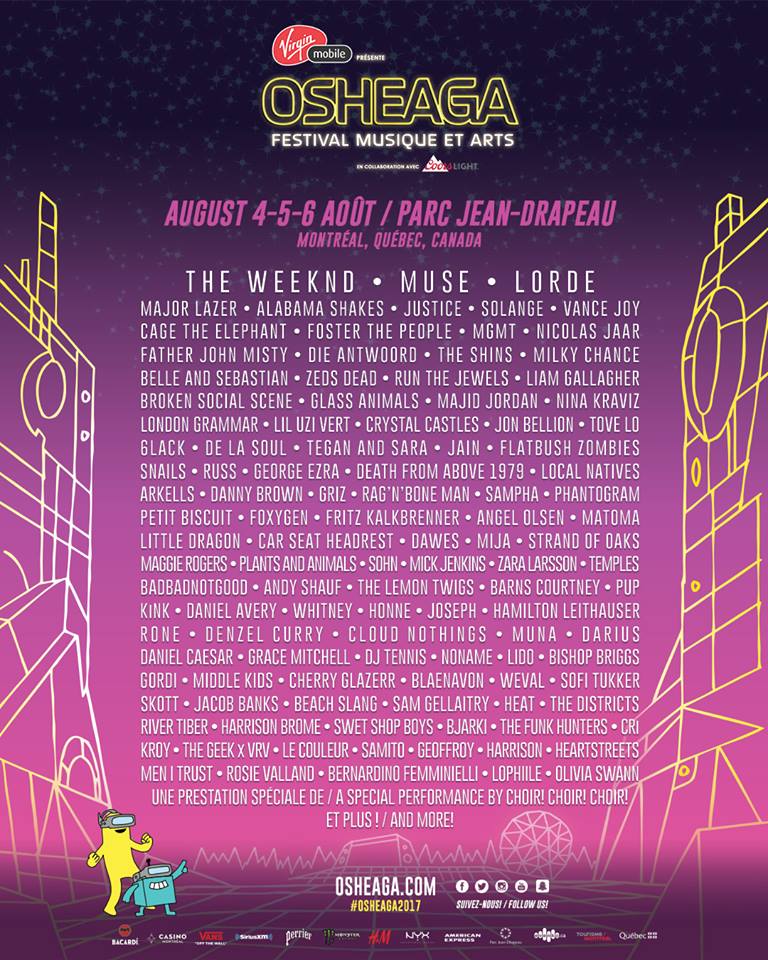 Summer always feels just around the corner when festival lineups start dropping and with today’s announcement from Osheaga it definitely feels like the first day of spring. After much speculation over the weekend thanks to the memory games chock full of hints they released last week the full bill for the 2017 instalment of the festival was posted today. Arguably one of the best lineups of the Canadian festival season announced to date the 3 day event will feature headliners The Weeknd, Muse and Lorde as well as a stacked under card. With acts like Arkells, Father John Misty, Liam Gallagher and Canadian super group Broken Social Scene featured amongst many other notable names the stage, so to speak, is set for another incredible edition of the king of Canadian music fests. Tickets are on sale now at https://www.osheaga.com/en/passes