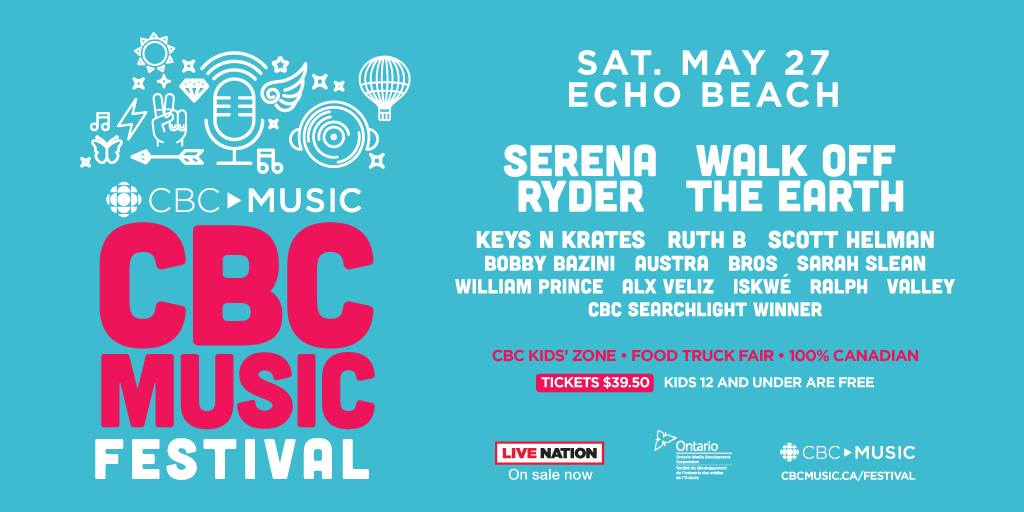 CBC pre-sale tickets are available from Feb. 28 at 10 a.m. ET to March 2 at 10 p.m. ET. The first 300 sold via the CBC pre-sale will receive a CBC toque. Tickets will be available to the general public starting March 3 at 10 a.m. ET through Ticketmaster, with general admission passes costing $39.50 (plus FMF and service charges). Children 12 and under get in free. There will be an eight-ticket limit upon purchase.

Produced by Live Nation, CBC Music Festival brings a diverse roster of artists from across Canada to Toronto for a one-day event for music lovers of all ages. In between performances, concert-goers can explore a variety of onsite entertainment and savor culinary delights from various local vendors.

Serena Ryder and Walk Off The Earth will co-headline the festival. Other acts will include Ruth B, Scott Helman, Austra, Sarah Slean, William Prince, Alx Veliz, the 2017 CBC Searchlight winner and many more. This year’s festival will be streamed live on cbcmusic.ca and via Facebook and YouTube. For more information on the pre-sale and the festival, please visit cbcmusic.ca/festival and follow along on social media using #CBCMusicFest.