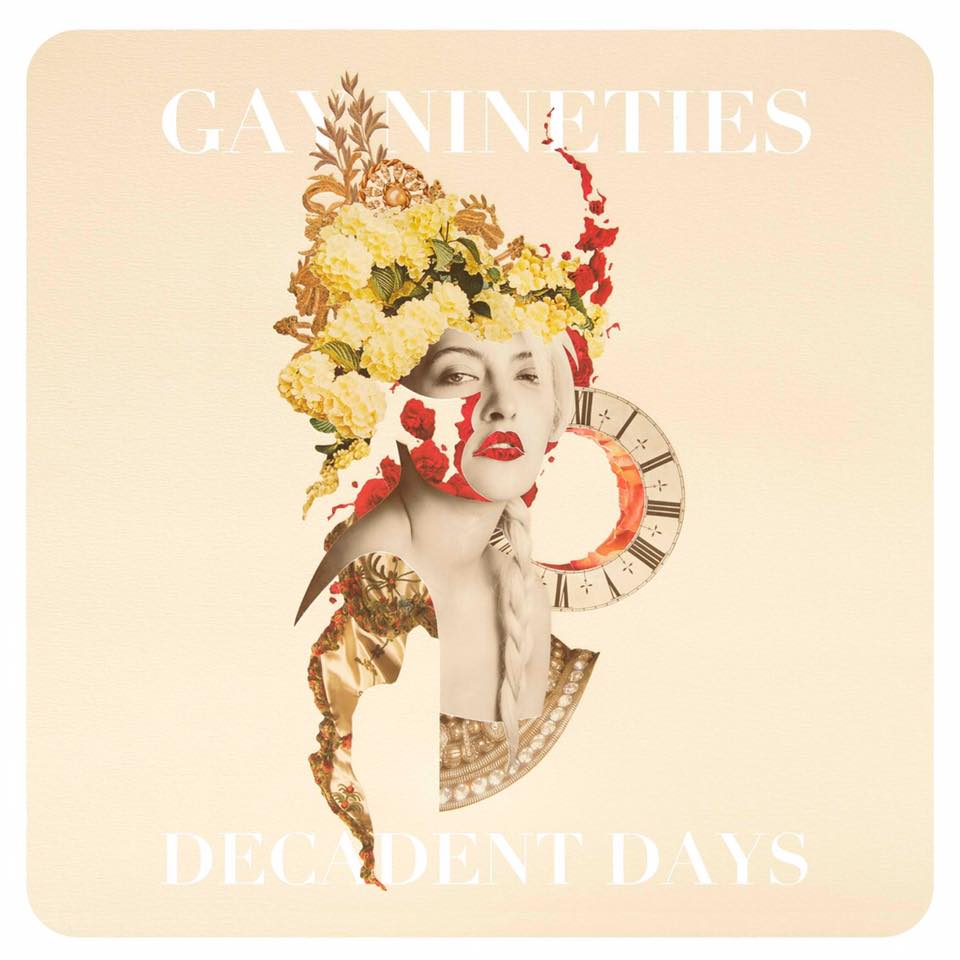 Vancouver, BC indie rockers, Gay Nineties, have released their debut album; Decadent Days, a record shaped to be a sonic revolution to modern rock, but, for better or worse, is a product of its own hipster meets indie pop generation.

Starting off with the blindingly polished lead single, “Big Love”, Gay Nineties have set themselves up in a strong position to have a mega pop single which will take the world by storm likely through its use in an advertisement; perhaps for a film or a popular consumer good.  Young people who listen to pop, teens and young adults alike, will love this song.  As anathematic as “Big Love” is in this regard, from its opening synth line, it is immediately apparent that no matter how much Gay Nineties paint themselves as a rock band- and not as “indie darlings” as they say- they are firmly planted on the pop side of the indie tracks.  There is a severe lack of rock ‘n’ roll across Decadent Days.

If you were not expecting or hoping for a rock record, then you are in luck because Decadent Days is an album ripe of quality material which sits well with today’s ever growing indie pop scene.  Of the albums eight tracks, none capture Gay Nineties in better light than the title track and “Whole World”.  “Decadent Days”, with its use of saxophone (a unique touch for the style), pulsing drums, piano, and muted chugging guitar, captures a raw and creeping darkness.  Perhaps the song is not a celebration of excessive hedonism, but rather a warning, or a fond memory tinged with regret.  Whatever it is, the song echoes an influence from 1980’s era Bowie, and translates that perfectly into modernity.  The closing track, “Whole World” has a very grand feeling, partially to the chorus- one which is not a stretch to imagine a stadium singing along with vocalist Parker Bossely- and the production; ultimately allowing for the song to serve as a very big conclusion to the album.  The song captures a slightly darker theme similar to “Decadent Days”, especially in the stellar piano line which ends the song, giving the listener a haunting feeling to the common desire of fame.

In many ways, Decadent Days, despite Gay Nineties best attempts, is a celebration of synth driven, over polished indie pop.  It’s hard not to listen to any of the tracks and not bob your head; this is quite the danceable record that rests confidentially between indie sensations and pop juggernauts.  What separates Decadent Days from a number of the other releases of the same genre is the use of tension and darkness across the album, hinting at an opposing perspective to the common aspirations and assumptions people have about stardom.  This is heard throughout most tracks, especially those discussed before, as well as “Too Many People” and “Everywhere”.  Gay Nineties have used this flip of expectations quite well to create an interesting album which toys happiness and melancholic soundscapes to explore such themes.