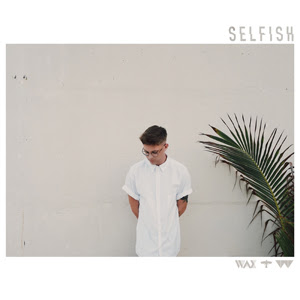 After a successful run of Western tour dates with Marianas Trench and Shawn Hook, singer-songwriter Virginia to Vegas (aka Derik Baker), just announced his first round of headlining tour date. His Utopian Tour, named after the successful release of his 2016 full-length album, the tour is set to kick off March 23, 2017 in Waterloo Ontario. It’ll include stops in Montreal, Toronto and London, and will be participating in this year’s Juno festivities in Ottawa on April 1st.

In other exciting news, Virginia to Vegas also released a brand new single, “Selfish”, to radios across the country this past Friday. This track is the follow up to 2016’s gold-certified “Lights Out”, which sparked interest with listeners on Spotify with close to five million streams. Baker once again bands together with the team of powerhouse writers and producers who helped make “Lights Out” such a success.

Baker, who hails from Guelph Ontario, was first discovered on Youtube in 2013 by Wax Records Jamie Appleby. He released his first single “We Are Stars”, which featured another Canadian singer Alyssa Reid.

Check out the video for “Lights Out” below:

Share this:
Related ItemsNew MusicNew TourUtopian TourVirginia To Vegas
← Previous Story David James Releases His Video for “What If I Don’t” on CMT Canada
Next Story → Cartoon Lizard release new single, “Not Punk Not Raw”