Five Questions With The Silence Factory 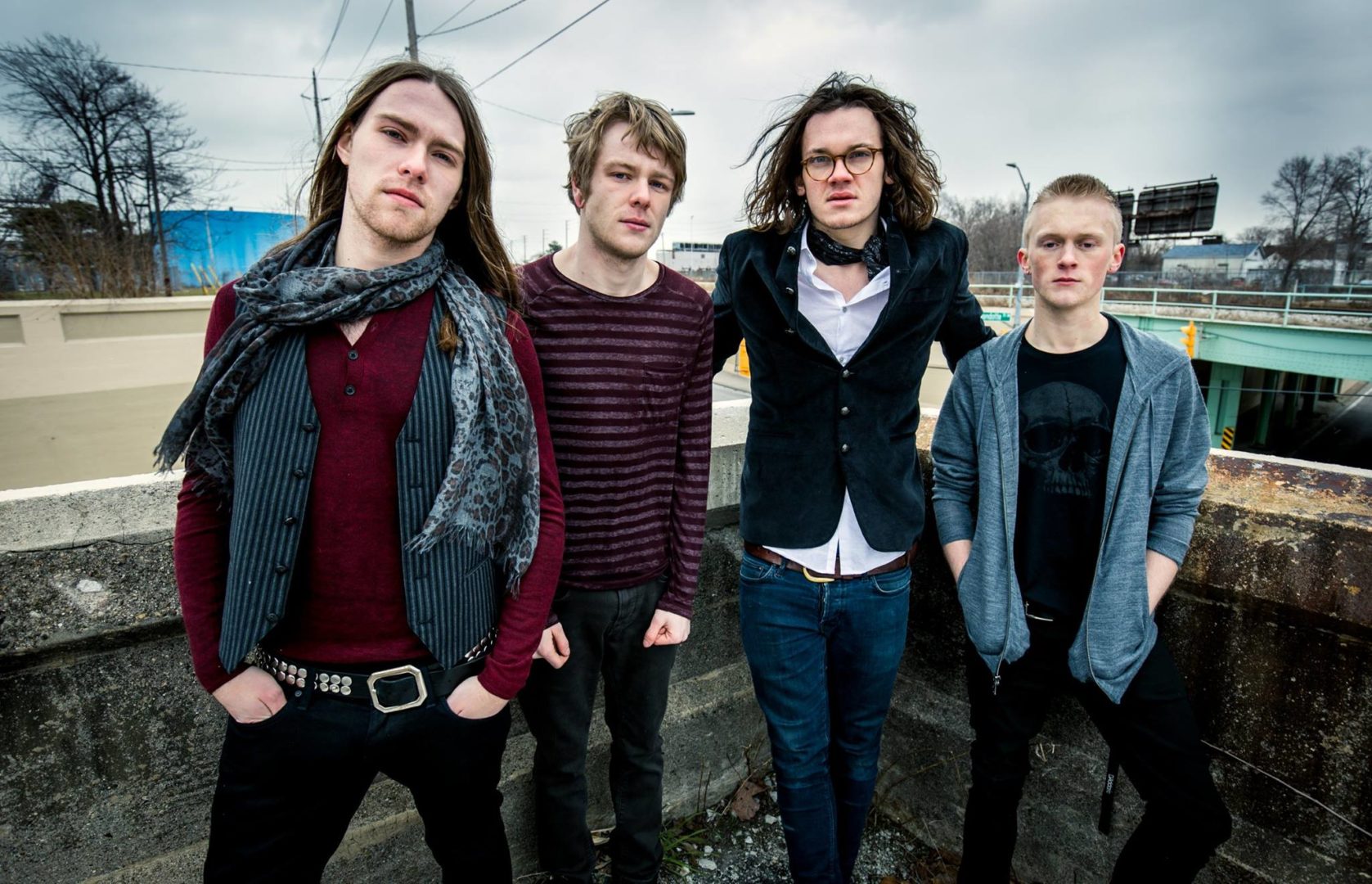 We are pleased that we had the chance to have a brief chat with Nathan McNevin and Nathan Schiller of Windsor, ON based band, The Silence Factory. They released their single, “High” recently, be sure to check out the video below, and enjoy our Five Questions With this talented Canadian band.

Nathan McNevin: I am a music addict; I eat, sleep and breathe music 24/7. I am the lead singer in The Silence Factory, but I also play guitar, bass, drums and recently have been taking up piano. I have been a music fan since I can remember and my world pretty much revolves around music.

Nathan Schiller: My name is Nathan Schiller, and I have the pleasure of playing lead guitar in The Silence Factory. I have loved music for as long as I can remember, making emotional connections to it from a very young age. I picked up a guitar at the age of 7, and it has been the most important thing in my life ever since.

McNevin: Writing music is a very intense, emotional experience for me. If I try to write a song, sometimes it works but mostly it doesn’t. I think my best songs just come to me based on a feeling or a whole bunch of feelings and I just let this raw emotion inside of me find expression in my music. When I write in this way it usually happens pretty quickly, at least in terms of the key parts of the song, like in 15 minutes there’s a song. I am inspired by all music and think every genre has something to offer. I think some of my best work is surprising in that it is inspired by a genre that is not my own. I like to experiment, but my roots are pure rock and roll – the classics like Zeppelin, The Doors, etc…with some modern rock like Royal Blood and other acts like The National or Jeff Buckley. After the music comes the lyrics. The key line or theme of the song jumps out from the start and then I think about the rest to bring it all together. My lyrics are generally about an experience or some conflict in my life and less about a particular story or whatever.

Schiller: I fell in love with music, especially rock music, at a very young age. As I grew older and matured as a musician, I branched out and dipped my toes in the waters of other musical genres including jazz and metal. During this time I went through somewhat of an identity crisis as a musician, wondering where I really belonged. When I joined The Silence Factory, I felt that I had finally found my musical path again. The rock sound that the band has, instantly felt like home to me. In my opinion, the music is a perfect blend of rock and roll bite and attitude, as well as human emotion.

As Nathan McNevin writes the songs, my contribution to the music is adding lead guitar work to the pieces. It took me time to understand this, but the biggest rule of thumb is that you have to do what is right for the song, regardless of whether or not it’s flashy or impressive sounding. When I contribute a guitar solo to a piece, the thing I worry about the most is paying respect to the piece of music, and playing something that is melodic and truly adds to the song.

McNevin: We have a ton of shows coming up this spring and are really excited about getting out on the road. We are pretty much going to be crisscrossing the country beginning in April, east to west and back again starting with a very cool show opening for the Sheepdogs. Details are still confidential on that show but we will be making a formal announcement soon. I am really looking forward to having some new material in our set and available on a new EP that we hope to have complete in mid-April or early May. It will have 5 or 6 songs on it including High and Flagpole Sitta which are available now as singles on Spotify, iTunes, etc…and on our web page. We will be in the studio for most of March working with a few different people including Gavin Brown, Martin Bak and Vic Branco. We are recording in three different studios which is kind of cool as each place has its own unique sound and feel. I think the songs we are working on are really our best material. I love what we have done so far but I think the new stuff is just killer and I hope our fans like it.

Schiller: As far as upcoming shows are concerned, we have our next one on March 1st, at the Horseshoe Tavern in Toronto. Then in April and May, we head across the country, doing shows as far East as Charlottetown, and as far West as Vancouver. Full tour dates will be announced very soon!

I think the key element of our live performance is energy. We truly love playing music, and performing it in front of people. I think that the energy created by that love simply pours out of us when we get up on stage. The biggest thing for us is trying to communicate that energy to the audience, and make them feel like they are a part of it. We want everyone in the audience at one of our shows to have as good of a time as we are performing for them.

McNevin: That is a tough question. The easy answer is probably our latest one, High which has done pretty well on radio peaking at #39 on the active rock charts across Canada and we are very proud of that for an independent act without a label. But, if I can cheat a little bit, I would say one of the tunes I am most proud of is Dead Heroes. It is a tribute to the musicians that inspired me to write and it is emotionally very powerful. It starts out real raw and lo-fi and hits a powerful chorus, but the kicker is the end where it goes completely off the rails and breaks the traditional mold and goes in a completely different direction – the emotion at the end is my soul bleeding.

Schiller:  My pick would be our latest single, “High”. To me, this song is a perfect example of the blend of energy and emotion in a single piece of music, that I believe defines The Silence Factory’s sound.

McNevin: Another tough question; you guys are killing me here. I have so many favourite Canadian bands it is hard to mention them all. One of my top favs is a band out of Niagara called James Blonde (formerly Xprime). The 3 guys in that band are among the very best musicians I have ever met and they write killer songs. I also love USS and just opened for them a few months ago and it was a real thrill to see them kill it and I dig their mix of rock and pop with a bit of hip hop. Now I could go on for a long time but will add a few more favs: Rush, Finger Eleven, Big Wreck and Billy Talent.

Schiller: Many of my favourite rock groups are actually Canadian bands. Although my mind changes all the time when it comes to things like this, I would have to say that my overall favourite band is Big Wreck, which is of course a Canadian group. I also love Finger Eleven, Monster Truck, The Trews, etc. The list goes on and on. Then of course you have your classics like Rush and Neil Young, which I love as well. There is so much fantastic music coming out of our country, we have a lot be proud of.