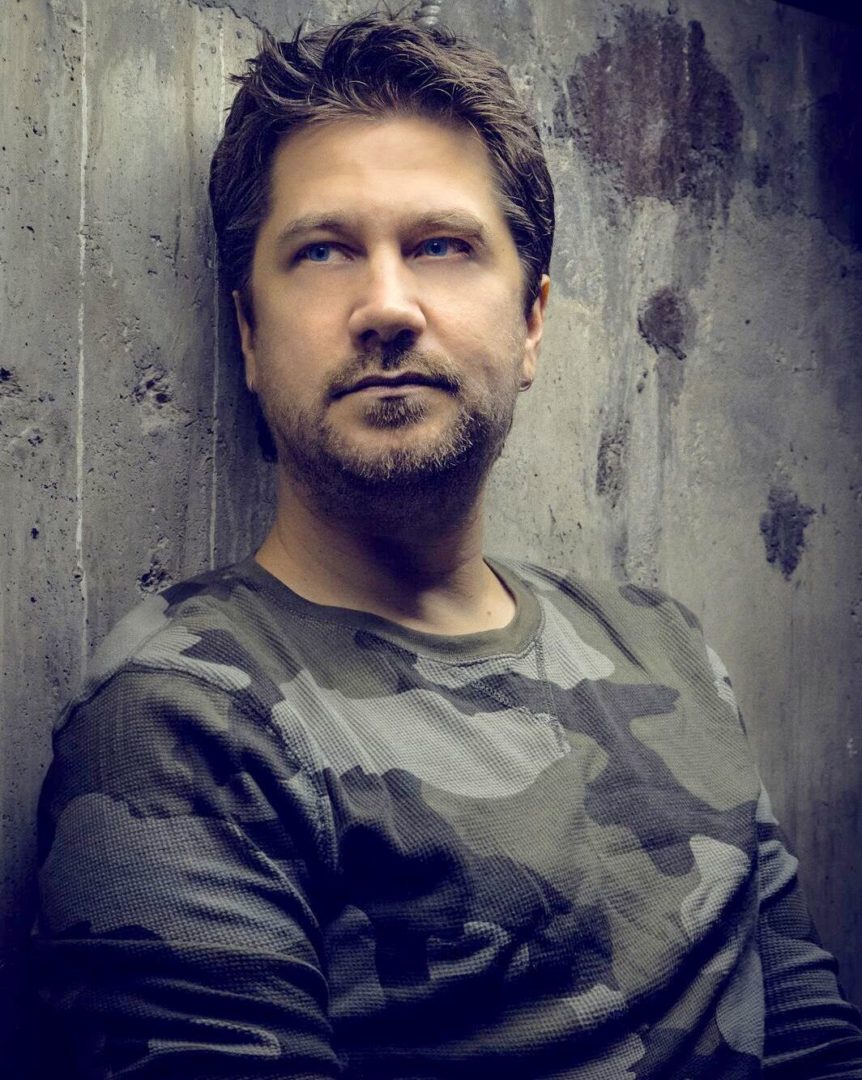 Canadian Beats recently had the chance to catch up with Jason Kirkness and chat about his career and his soon-to-be released single “Whiskey Kiss” from his forthcoming album A Beautiful Disaster.

Jason Kirkness is a country music artist that grew up in Kleefeld (a small town near Steinbach in southeastern Manitoba) but currently calls Winnipeg home. His unique sounding vocals along with his natural ability to play a guitar (and many other instruments), his easy going nature and his passion for performing on a live stage makes Kirkness a fan favourite. His passion for what he does started as a young teenager when he taught himself how to play a guitar.

He says, “I got an old beat up acoustic guitar and learned how to play listening to Nirvana and Alabama records. It was a little bit country and a bit rock even back then.”

He’s been in the industry for many years and has one album under his belt: Life on the Road (released in 2011) and a live album, One More Night (released in 2015) as well as several EPs. Many singles have been released to country music radio from these albums including “Run Me Away,” “No Cowboy,” Send My Heart,” “Leavin’,” “Folsom Prison Blues” and “Take Your Picture.”  Kirkness has opened for and performed with artists Florida Georgia Line, Dierks Bentley, Dwight Yoakam, Luke Bryan, Carrie Underwood, The Band Perry and Uncle Kracker over the years at countless venues across North America. One major highlight for Kirkness would include the Songwriters’ Circle with Brett Kissel, Charlie Major and Gord Bamford at Dauphin’s Countryfest in 2015.

First of all, would you like to introduce yourself to our readers who may not be familiar with your work? Tell us a little bit about yourself, what made you decide to pursue music as a singer/songwriter/producer.

The funny thing about music is that I believe it chooses you.  I never remember thinking it was a good career choice and I certainly didn’t see a stable future in being a full-time musician, but I did a few shows, then a few more, then more regular bookings and then I remember one day realizing that I didn’t have a day job and hadn’t in years and people were asking me what it was like to be a musician. A few people liked my records and asked me to help with theirs so I did that too. I think when friends make records they just sound better. I like having that relationship with my current conspirator Sean Power and the work he does and we do at the Hilson Studio in Nashville. Tennessee.

Country music songs with a rock and roll beat? Rock music with a banjo? Singer/songwriter but with a pedal steel? I’m sure I don’t fit exactly in with contemporary country, but I’m certainly not traditional about my approach to making music.

That’s a funny question and I know a lot of people will give you a big few of the traditional country artists and then pepper those with a cool artist and someone less known. I think Dierks Bentley and Eric Church are amazing artists who make great records. I think Waylon Jennings did country music right, but here’s the thing, I loved Nirvana and Smashing Pumpkins in the ’90s … Eddie Vedder has the most honest and earthy voice I’ve ever heard and I love Pearl Jam to this day. So I took everything that I loved and started writing songs and developing my own sound. It’s a collection of my influences and it’s homage to my inspirations.

How would you define the word “success”?

I wouldn’t dare to do that for anyone other then myself. For me, success is loving the planet and the people on it and leaving as small of a negative impact on the environment and the people in it as possible while still following your dreams.

Is there a particular song or musical passage that never fails to move you emotionally?

There are literally too many to mention.

Who have you written with that has made a huge impact in your career?

That’s a funny question. William Prince. He’s been a writer, or co-writer on almost everything I’ve released.

Tell us about your time(s) living in Nashville.

Nashville is a place that is like no other on this planet. It is truly one-of-a-kind. I could fill volumes with stories and good times and I could go into a long discussion about my findings of the inner workings of the music business … this is what I will say. Nashville is what you think it is, and it is what you make it.

You are about to release your newest single “Whiskey Kiss.” Tell us about the song. When you wrote it? With whom? All the details.

So “Whiskey Kiss” is a funny story. I was doing some A&R work for a producer from Los Angeles who wanted to make a pop-country record for a super famous Latin American soap opera star, and I ended up listening to about 2000 songs … no joke.  I heard this one and it really stood out, and I was honestly even a little hesitant to bring it up with the artist because I wanted to cut it.  He ended up passing for this reason, or that reason, or whatever and I asked for permission from the publisher to record it myself.  It’s one of two songs on the record I don’t have a writing credit on and it turns out that Nicky Chin (“Sweet”), Matt Bronleewe (“Jars of Clay”) and Ben Glover wrote it and Nicky and Matt were being represented by a publisher that I was friends with, so I got the rights to the song.  I had forgotten about it over the next year until we were listening to the demos for my record and this song was on the playlist. I was a little distracted but I found myself rocking out so hard that I did a jump kick off the couch in my place in Hermitage, TN, and in that moment I thought, “I should probably put this on the record.”

Here at Canadian Beats, we like to include a portion of questions that may help your fans learn something new about you, so here we go:

Canadian Beats is all about Canadian music, who is your current favourite Canadian artist?

If you had the chance to interview someone you looked up to, who would it be and what would be your most important questions to have answered?

I’m not sure there’s anyone specifically I’d like to talk to, perhaps my dad or my grandfather and I don’t know that I’d be good at interviewing. I’d probably just suggest we get a beer and chat, and then follow the conversation wherever it goes.

What is your favourite past time?

Well, I’m really into photography and dating a model has allowed me to take that a lot further in the last few years. I like making videos and I like making folk records with other artists. My two big favourites are movies; like “films” more so than the blockbusters and I LOVE stand-up comedy… it’s the raw and truest form of public performance.

How would you describe your perfect day?

Any day! Every day! Twice in my life I have been at the point where I wasn’t sure how long I had left in this world and twice I fought back.  Every day on this earth and with this life is amazing.

I’m insanely shy and somewhat anti-social … and I have superman pajamas.

I love each and every one of my fans, and I’m really blessed that they have all stood by and waited patiently until I was ready and able to get this record out. It’s gonna be worth the wait!

We, at Canadian Beats, would like to wish you continued success and thanks so very much for this awesome interview. I consider it an honour to have been given this opportunity to do this interview with you.

Jason Kirkness is releasing his single “Whiskey Kiss” on February 27. Watch for the video on Canadian Beats.