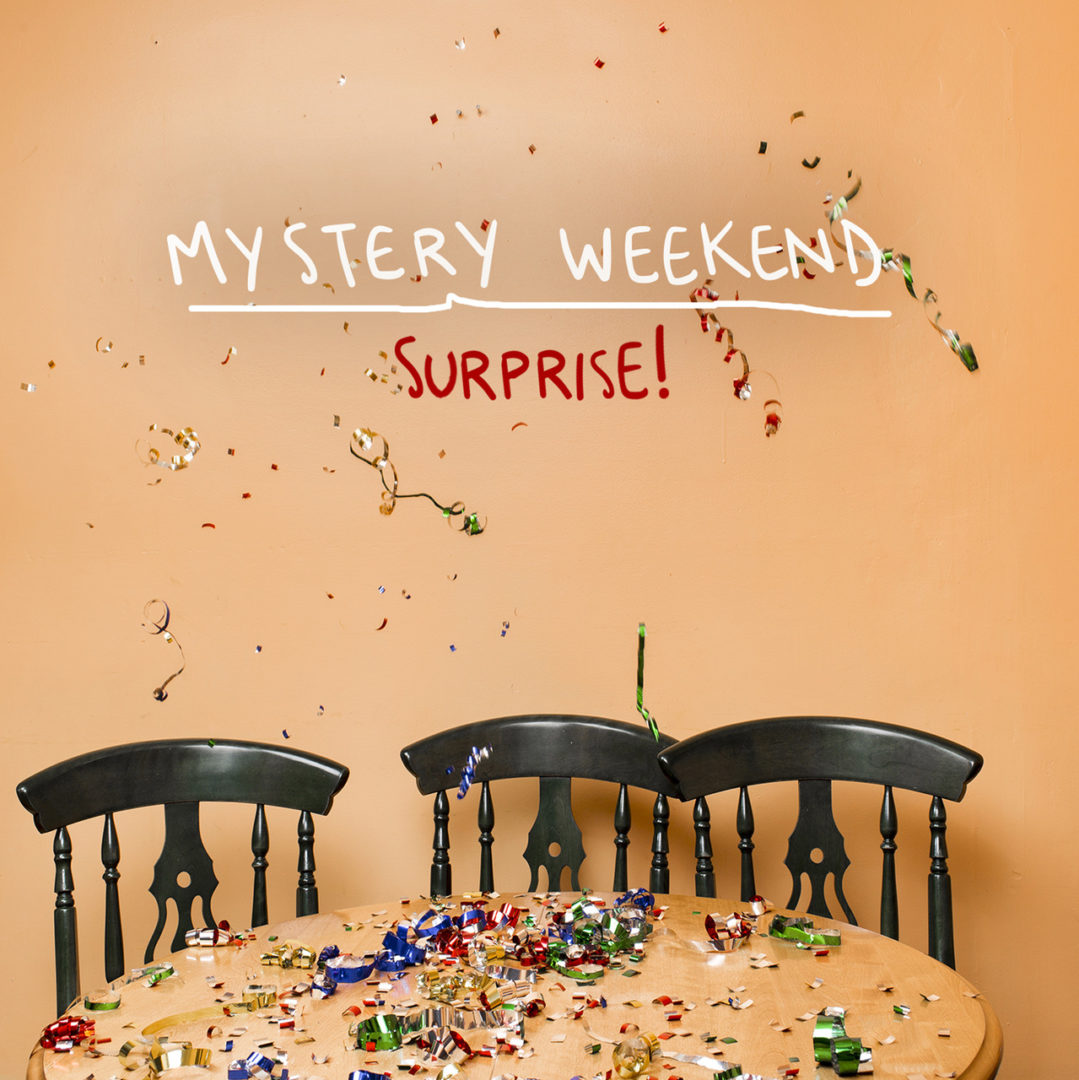 Surprise is a fitting title for the brand new album from Mystery Weekend, a trio formed by Rody Walker and Michael Ieradi from Protest The Hero and Dan Hay from The Fully Down. They formed this project because they wanted to have some fun and play some “fast songs” and the name of the album comes from the fact that the record they came out with was surprising to them.

I’ve always enjoyed Protest The Hero (I mean how could I not when they wrote a song about my province?) but I could ever really get into them because they were just too heavy for me. But Mystery Weekend is the perfect fit to the music I tend listen to the most.

After listening to Surprise all weekend, I still find it hard to pick a favourite but track 2, “The Obscenity Prayer”, seems to be the one that comes out on top. There’s something to it that keeps bringing me back. I love the idea behind of “Nostalgia Is For The Birds” and it’s chorus “Life is hard enough without living in the past. I’m satisfied with the here and now”.

It’s not often I find an album that I can listen to straight through without skipping any tracks but this is definitely one of those. It’s only February and I think I’ve already found my favourite album of 2017. I’m excited to see what comes next for Mystery Weekend.