By Remington Fioraso on February 23, 2017@https://twitter.com/RemingtonFD 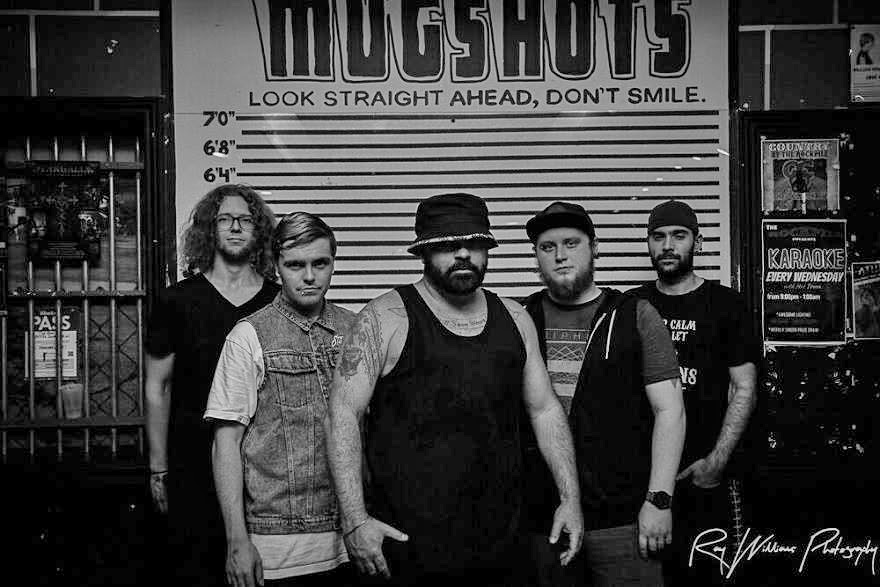 I had the opportunity to ask Adrian Pain & The Dead Sexy questions regarding their new album Mixed Messages. The EP was released on February 10, 2017.  Be sure to read below to find out more about the release and pick up a copy of Mixed Messages today!

First off, can you introduce yourself to Canadian Beats´ readers?

Each of us in The Dead Sexy have very individual and unique influences apart from one another. Collectively, we seem to agree that bands like Alexisonfire and Deftones would be prime influences. Individually, we come from all different angles with the types of music we enjoy. I’m sure if you listen through our library you’ll hear influences from jazz to classical, and from Motown to the heaviest of metal. It goes even deeper and actually became the main reason we like to refer to what we do as All-Core.

Your new EP Mixed Messages came out on February 10.  What has the reception been like so far?

It’s been very well received so far. Still early yet, but the reviews have been awesome. It’s been quite overwhelmingly positive and we’re very happy!

What were the most memorable aspects of writing and recording the album?

The way this record came together was, I had a lyric idea “written in lipstick” that had just kind of been sitting there for the longest time. While we were mixing the previous EP Picture Day At Night School, Sean our engineer and I began discussing how I like to leave messages in the lyrics of our songs. On the drive home, Mixed Messages hits me and at our next rehearsal using the “written in lipstick” lyric, the entire song came together in one night.

Also having friends come in and do features on a few tracks was a unique experience for us. It was so much fun making this record.

What were your main inspirations for tracks?

How would you compare the new release with Picture Day At Night School and The First One Is Free?

Each record has been a step in our evolution as a band. The song writing in general has become more elaborate and progressive with each record. We knew the sound we were originally going for with The First One Is Free. We got very close on Picture Day At Night School. I believe we’ve found it on Mixed Messages.

At Canadian Beats, we like to include several fun questions to allow fans to get to learn a bit more about you.

I’d be lying if I didn’t say Alexisonfire but I also love The Tea Party, Triumph, The Weeknd, River Tiber. Some of the other guys are big on bands like Intervals. Matty likes Sum 41 (but only Matty) lol Obviously there has to be some Rush love. There is a lot of great music in Canada, all kinds.

Me personally …I don’t know how Metal this is, but my parents took me to see Journey at Maple Leaf Gardens when I was little. It was awesome!

Deftones “Gore” …superb! I’m actually due for something new at this point though.

I would love to tour. I’d like to go across Canada coast to coast. I’d love to do the same in the UK and Europe, across the USA, South America, Australia. So I guess the answer is “World Tour” lol

Firstly, please keep supporting your local scene. Go out and see shows and share music, like ours for example. Tell each other about bands you find and like. If you like what we do, tell your friends, local radio stations, and club promoters that you would love to hear and see us play.