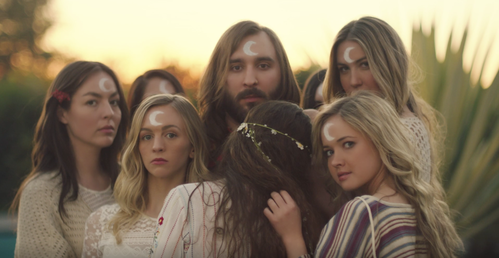 Thunder Bay’s own Coleman Hell has just released the video for his smash hit “Devotion”. The self directed video is full of the beautiful artistry that is Coleman Hell. The “flower father” dances around with his “flower children” all with the signature painted moon on their foreheads. The single is off of his now Juno nominated debut album Summerland. The LP is a concept album, inspired by Wiccan beliefs of the after life and self discovery. So it’s no surprise that the video reflects that so elegantly. “Devotion” is currently climbing Canadian music charts rapidly, and becoming a household favourite. In true Coleman Hell fashion, there is word he is already working on new music! He will no doubt continue to be a dominant force within the Canadian industry for some time.