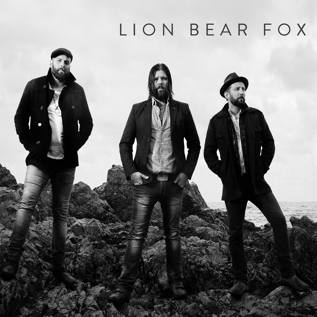 Lion Bear Fox was easily one of my favorite musical discoveries of 2016 so I was over the moon when the band announced that they’d be releasing their debut full-length self-titled album in the New Year.

One of the most appealing things about this Vancouver based group, is how easily they seem to meld so many different genres of music into their sound without it feeling overwhelming. There really is something for everyone on this album as it does a fantastic job of incorporating folk, rock, roots, blues and even gospel to the nine tracks.

The album begins with the bands single “Battle Of Me”, an almost anthemic track that draws you in instantly. From there you’re taken on the best kind of musical journey which includes catchy/toe-tapping tracks like “Going Going Gone”, “Mountains” and “Make Damn Sure” mixed in with songs like “Dakota”, “Shine” and “No Turning Back” which showcase a more broken down and raw side of the band. This entire album is a testament to how great Lion Bear Fox really is at storytelling and this shines through in the versatility of each and every track.

If you’re in the mood to discover incredible Canadian music, look no further than Lion Bear Fox’s self-titled album, out now!