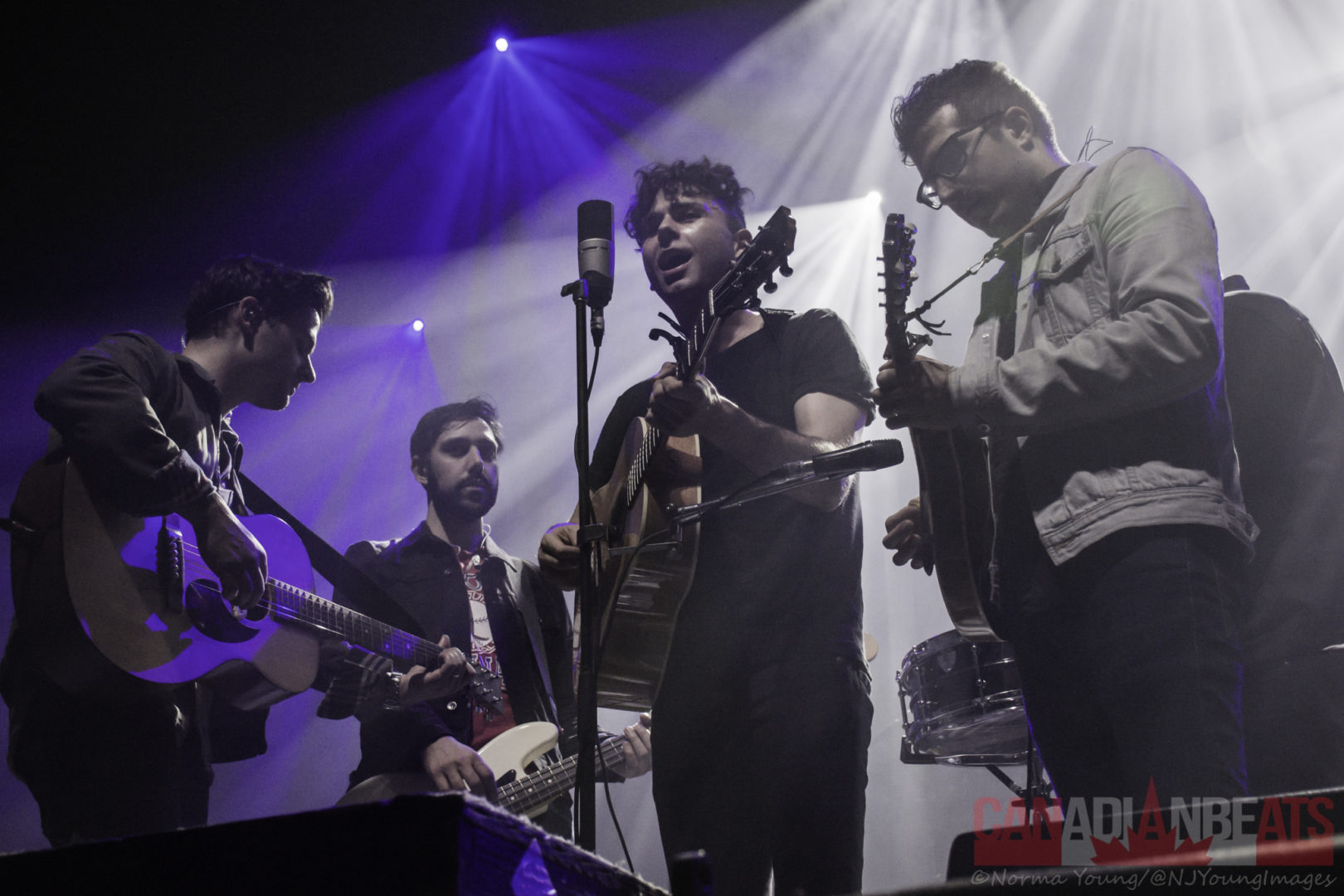 Who: Arkells & Frank Turner and The Sleeping Souls
When: February 15, 2017
Where: Scotiabank Centre in Halifax, NS

The week before Hamilton, ON band, Arkells hit the Maritimes we were hammered down with numerous snow storms. This actually resulted in the Moncton, NB stop being cancelled and no doubt deterred a number of the Halifax ticketholders for the February 15th show at the Scotiabank Centre. That being said, my husband and I decided to make the trip and I can say that the show was totally worth the 3.5 hour journey.

The Arkells brought along Frank Turner & the Sleeping Souls, who actually hail from England. For many of the concert goers, this was our first encounter with the band, although Frank stated that it wasn’t his first trip to Nova Scotia, but was in fact The Sleeping Souls initial encounter with the province. The crowd’s reaction to Frank Turner & the Sleeping Souls was certainly a good one, and I for one can say that I look forward to hearing more from them. They played crowd pleasers such as “Recovery” and “I Still Believe”, along with a variety of other tracks making up an hour long set. For concert goers that were anxiously awaiting a glimpse of Arkells, they were pleasantly surprised to see lead singer, Max Kerman burst onto the stage during one of the first of Frank’s songs. Though that wasn’t all that Frank had up his sleeve for surprises, he had his first crowd surfing experience in Nova Scotia, and later asked for a volunteer from the audience to play the harmonica on stage with him, which was surely a highlight for the chosen crowd member. 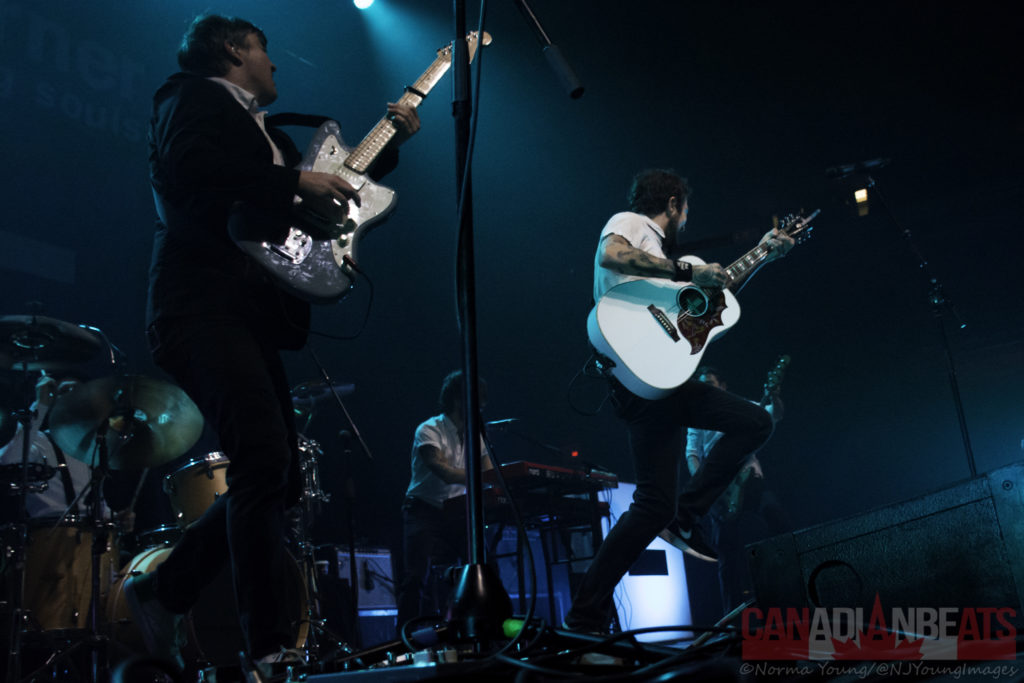 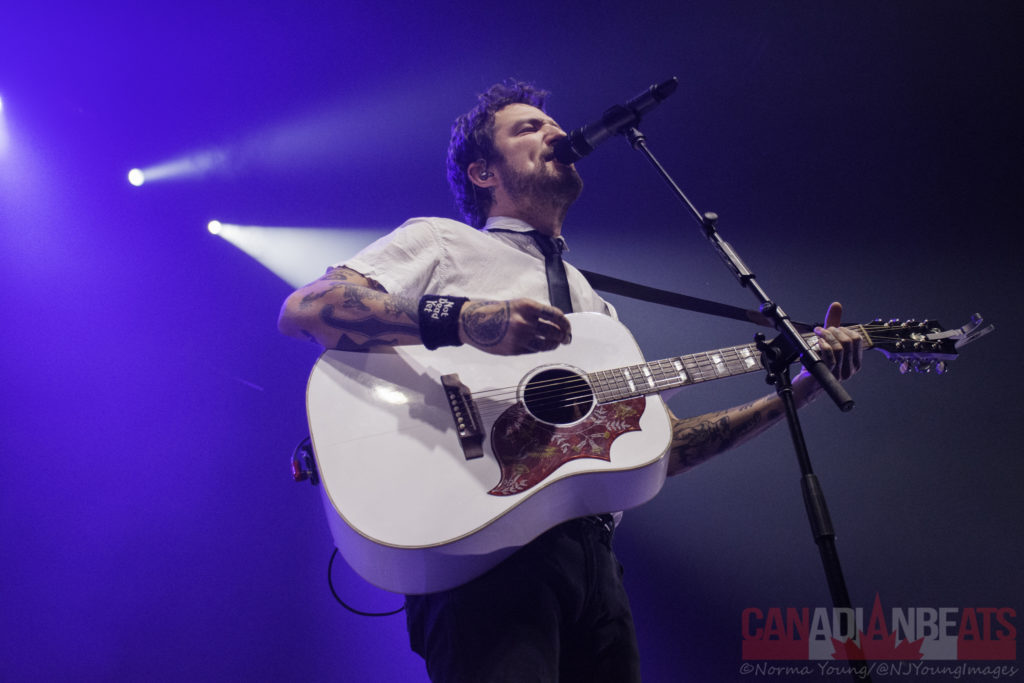 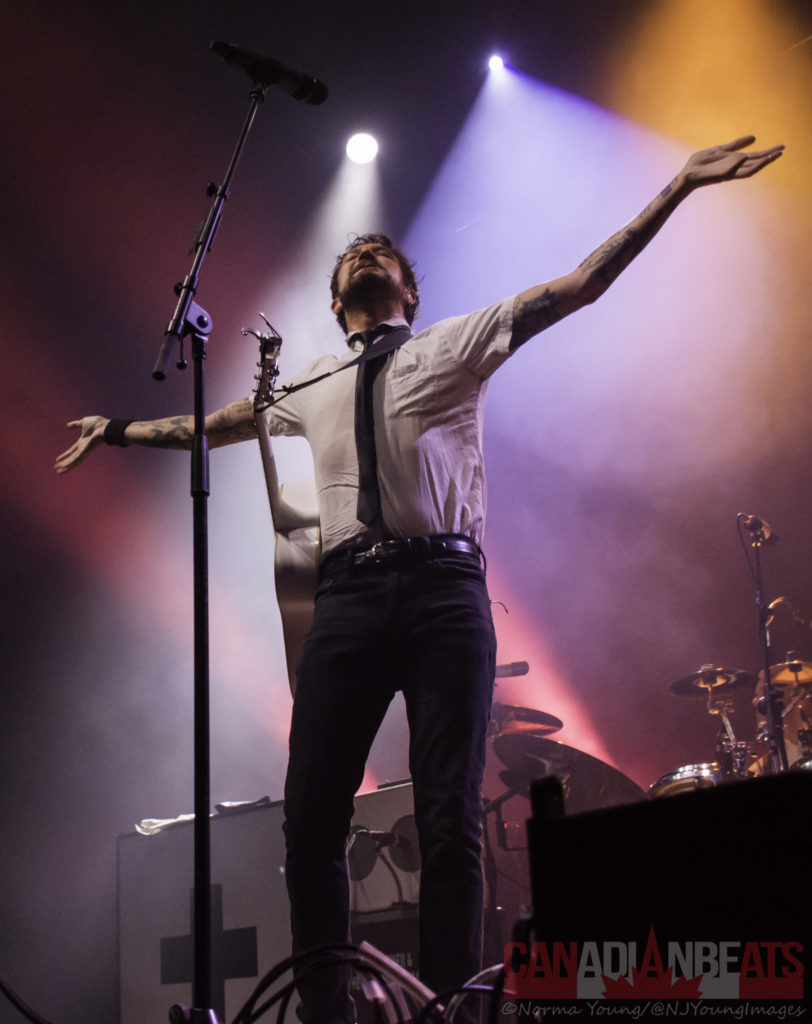 Next up, just after 9pm the Arkells made their way onto the stage, and wasted no time starting into their 2+ hour set. It had been just over one year since our first Arkells show and it’s safe to say that our expectations were met, and surpassed. Going in, we expected the majority of the set list to consist of songs from their newest release, Morning Report, but we were wrong. The set mixed songs from all of the band’s albums, and I think it’s safe to assume that they satisfied every fan in the room. Old favourites such as “Oh, The Boss Is Coming!” and “Book Club” along with the newer releases, “Passenger Seat”, “Savannah” and “My Heart’s Always Yours”. 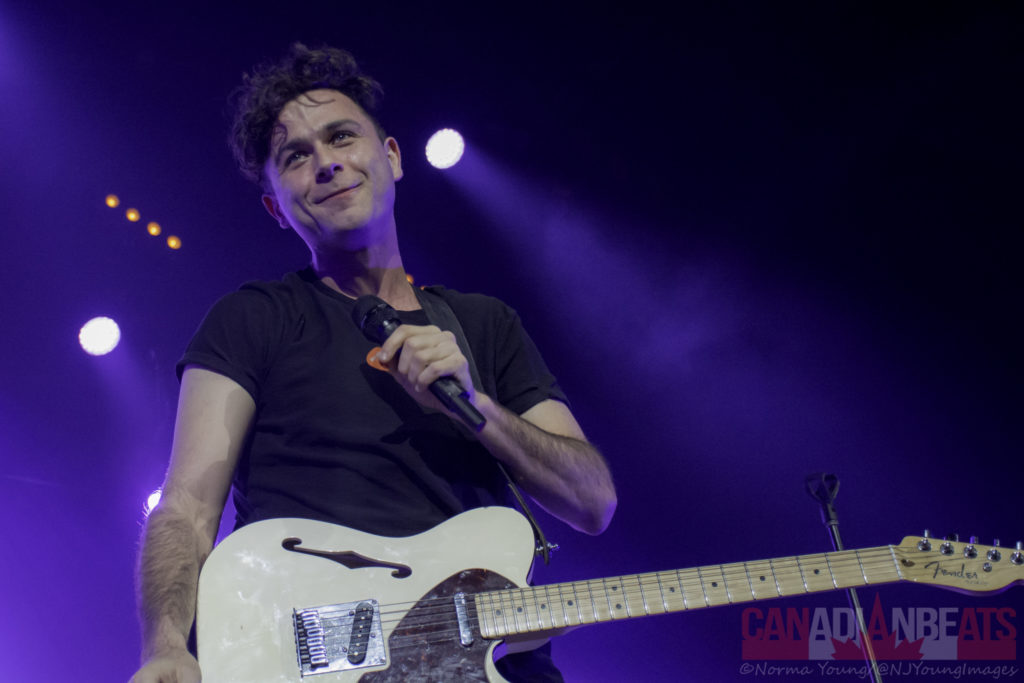 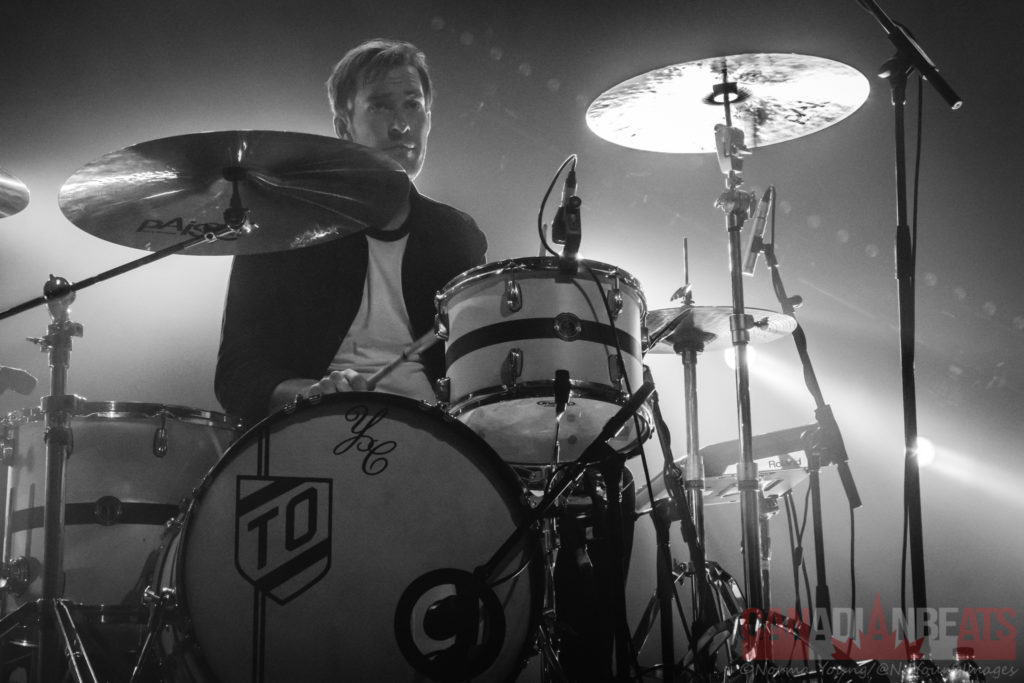 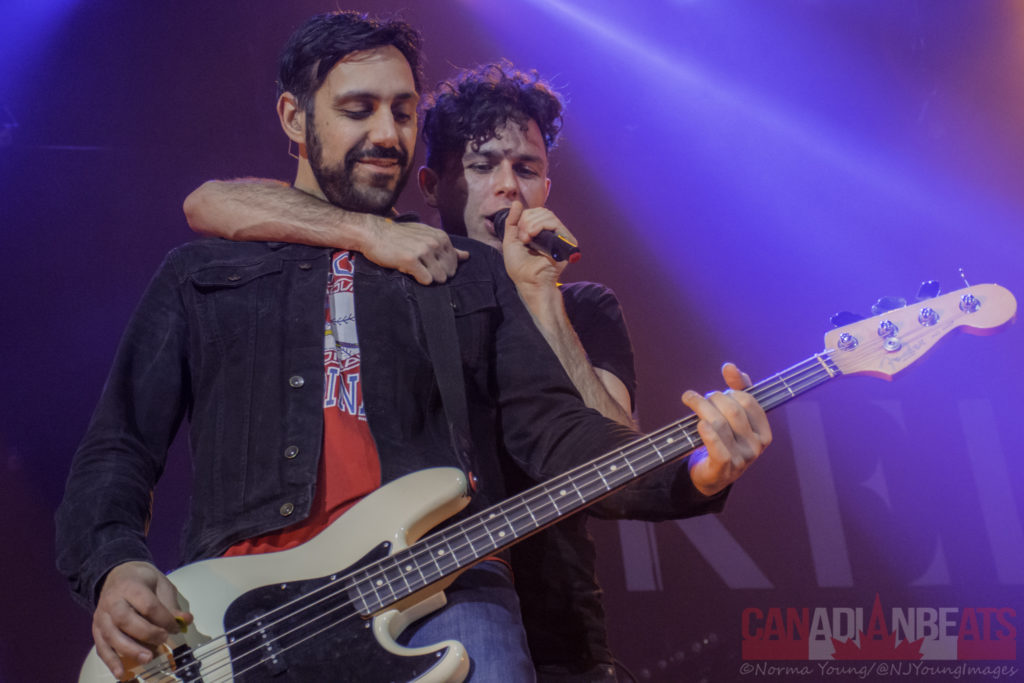 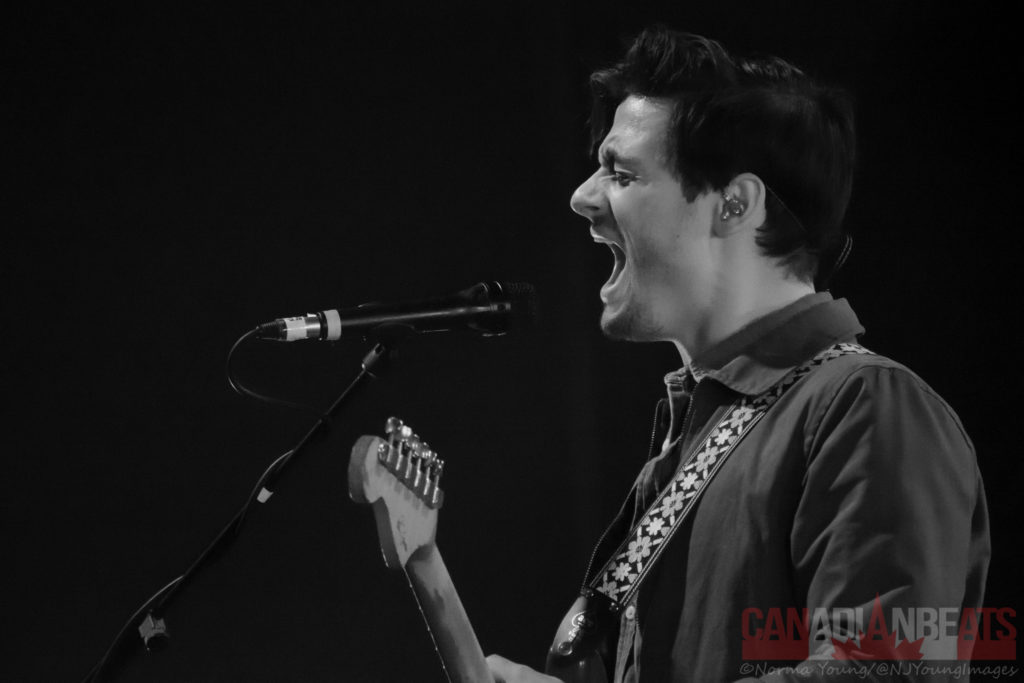 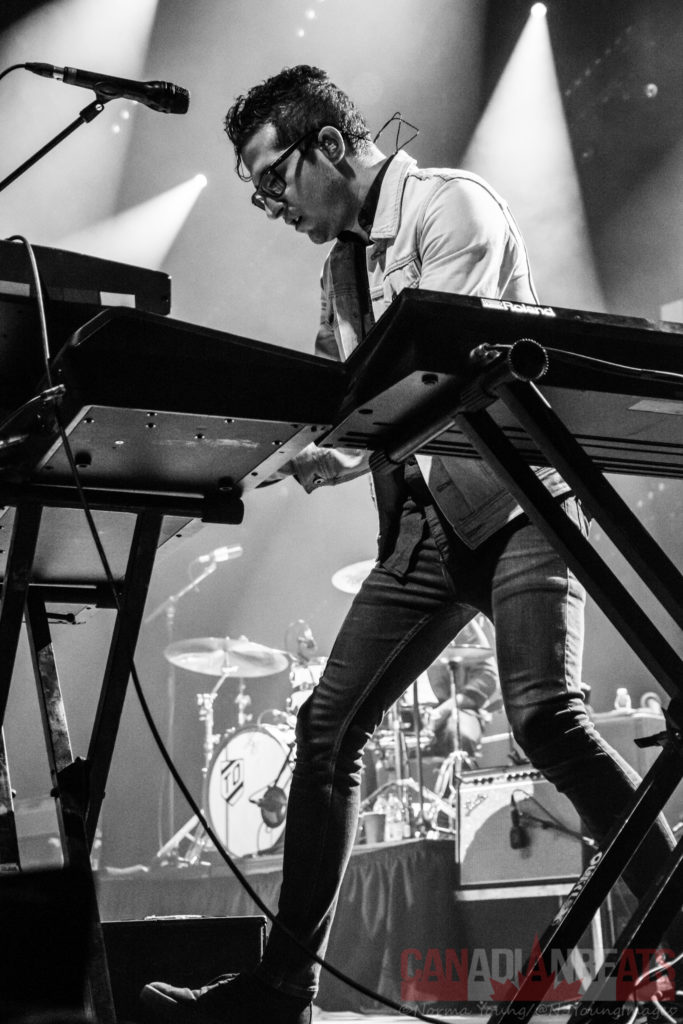 The band makes a habit of including the audience at every chance they get, whether it’s singing along to hit songs, “11:11” and “Leather Jacket”, or pulling people on stage, which they did twice during their set. One attendee even had the chance to play guitar with the band, and afterwards even crowd surfed. Later in the set, Max pulled two girls up as “dance instructors”, and urged the crowd to put on their Friday night dancing shoes, even though it was a Wednesday night. 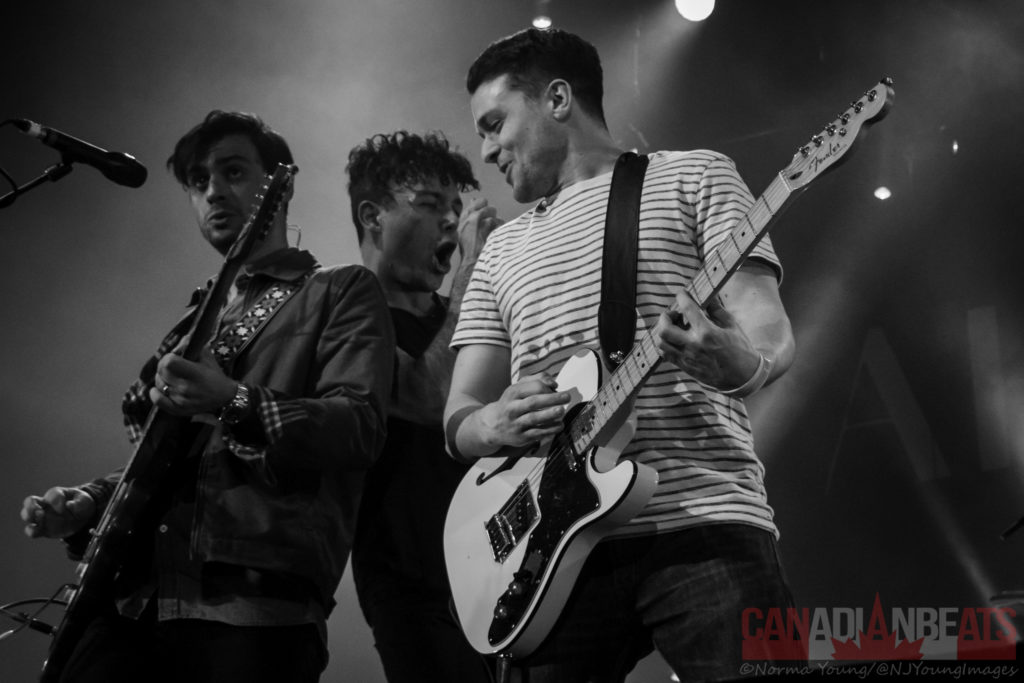 There were many other highlights to the show, including Max crowd surfing, not once but twice, as well as bringing Frank Turner & the Sleeping Souls back on stage a few times, and also brought Halifax based artist, Adam Baldwin onto the stage during “Cynical Bastards”, and the crowd went crazy. Adam was actually the opener for the Arkells show last year at the Forum, so he was easily recognizable to many. 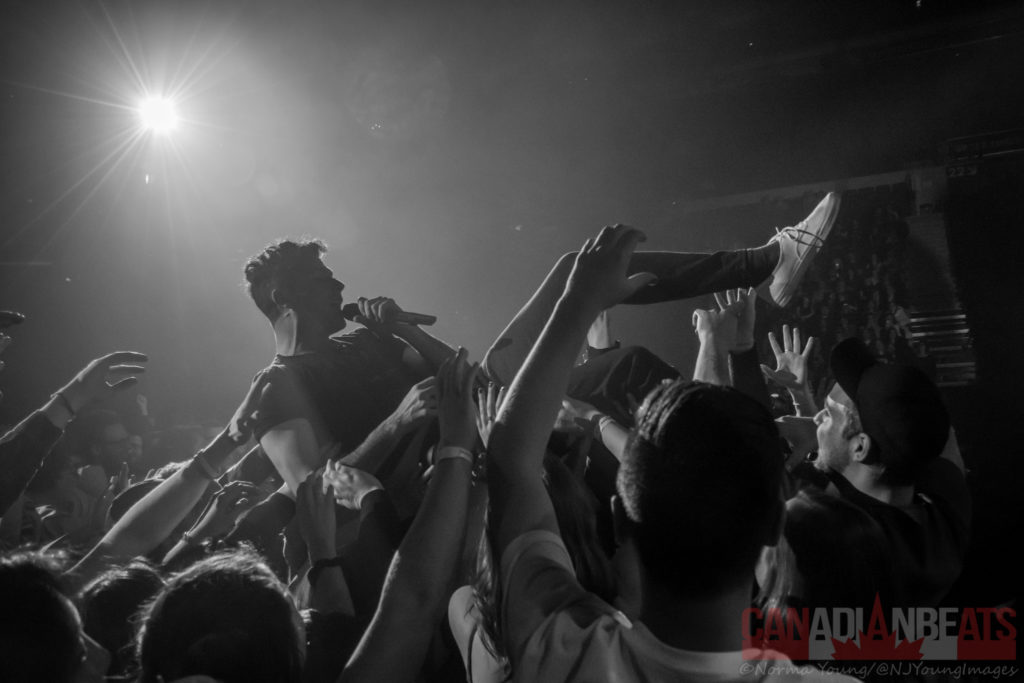 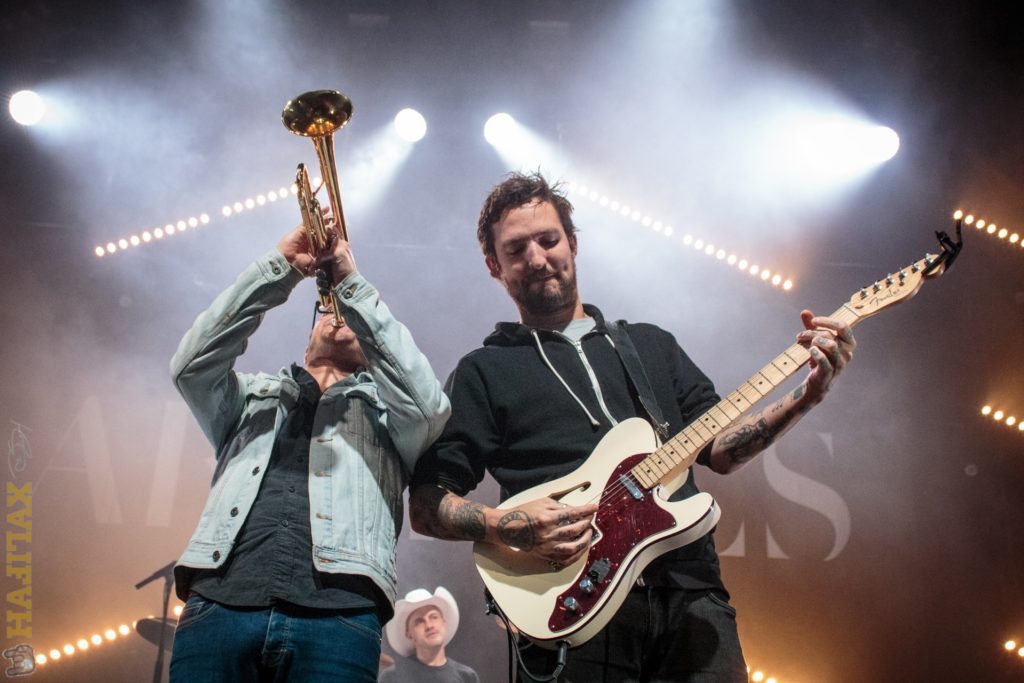 Special thanks to Trevor Savory of hafilax.com for this photo 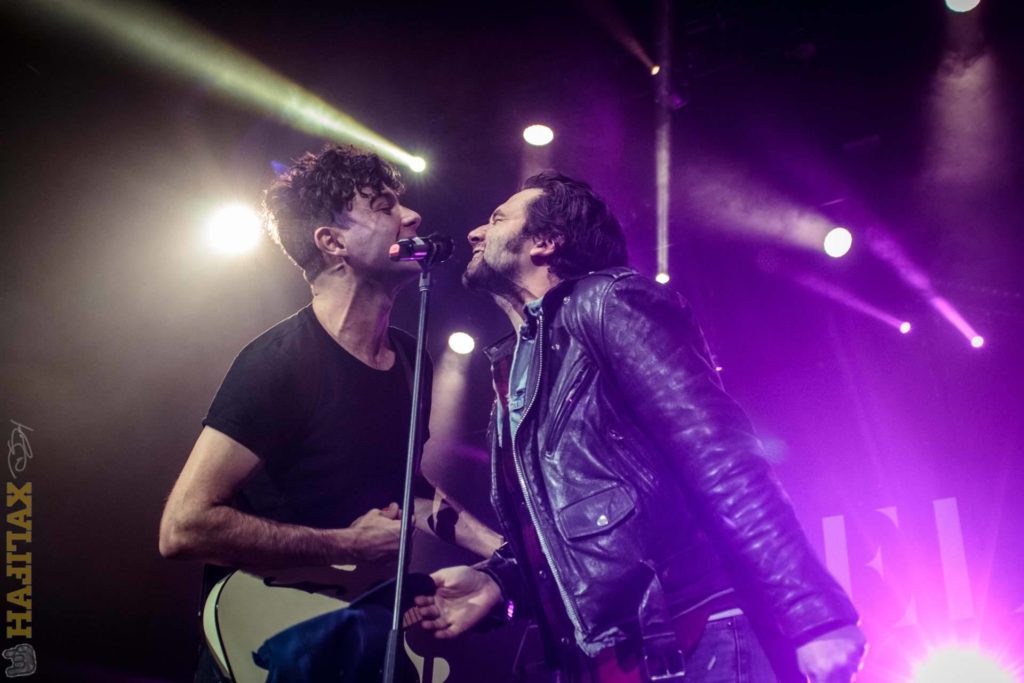 Special thanks to Trevor Savory of hafilax.com for this photo

Personally, my favourite moment from the show was when it was time for “And Then Some”, and the band did an acoustic version in which they huddled in close for that intimate vibe. Towards the end of the song, Max stopped and said for the last chorus, they were going to rent a cabin in Cape Breton, under the stars, he then proceeded to tell the audience to raise their cell phones, and the lights went down which accomplished the illusion of a dark starry sky. It was enough to give you goosebumps. 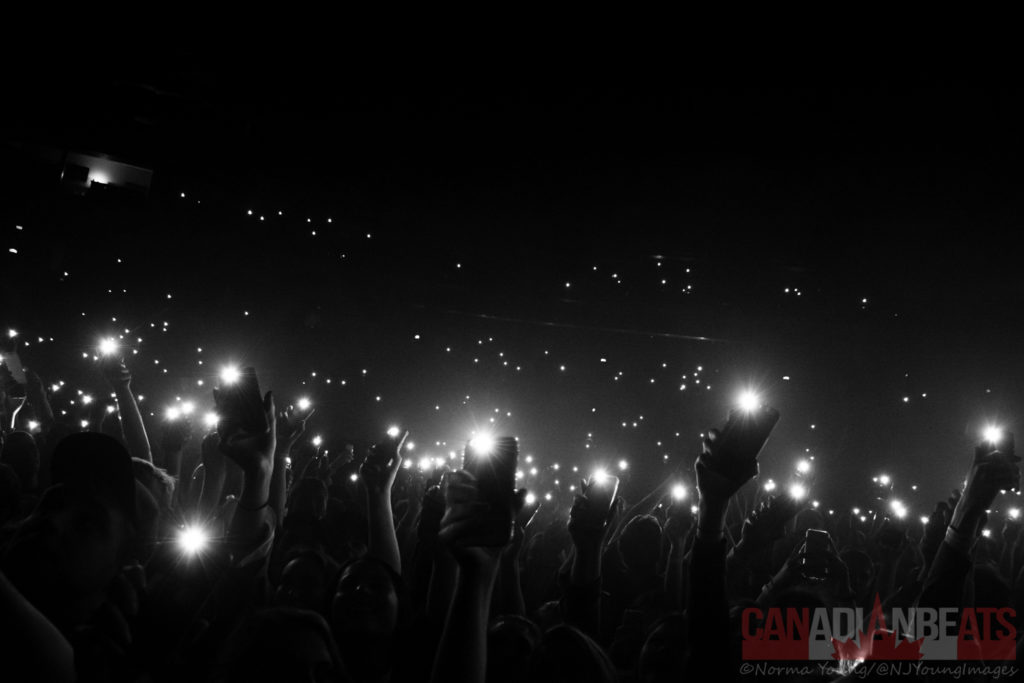 Now, it’s time to start counting down the days to the next time these men make the trip to Halifax, and we can only hope it won’t be too long.