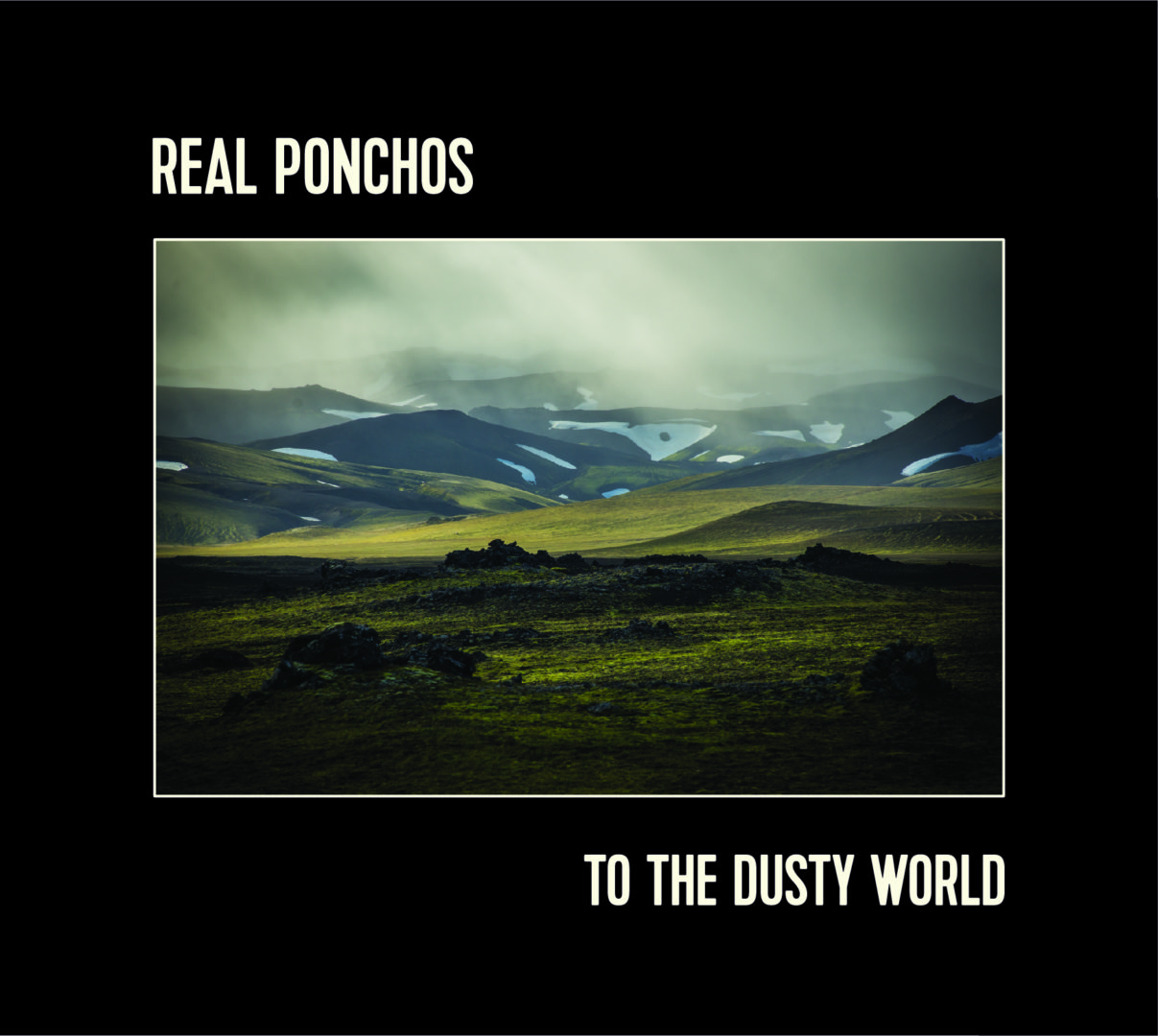 Real Ponchos, a Vancouver based country band have released their second full length record.  To The Dusty World is a definitive example of Canadian country done right.

The opening track, “No Show”, sets the a country tone with folk sensibilities reminiscent of Neil Young.  The song features clean electric guitars and fiddle to give the melody and chords a nice burst of color which complements the thick twang of Ben Arsenault’s voice.  Following a lengthy instrumental introduction, Arsenault immediately takes the central role with his powerful voice echoing over a tight band.  By the second song however, just when you expect a more straight forward country approach, Real Ponchos delivers “Cherchez Les Femmes”, a song which puts them in line with indie godfathers of the likes of R.E.M, and features the great but contrasting vocal timbre of Emile Scott.  To some, this may be a strange shift, but it was a welcomed one on my end, as the use of two main singers across the record provides a unique factor which is often absent from most bands .

My favorite track of the seven which make up To The Dusty World is “Flatline Rose”, a track which can only be described as a seven and a half minute epic which dances between country, folk, and classic rock.  The track begins as a mostly acoustic ballad with a 6/8 sway. Towards the middle, there is a breath of silence, and if you aren’t paying attention, you’ll mistake the second half of the song as a separate song entirely.  The latter portion of “Flatline Rose” gives the song a fresh bounce with an up-tempo pulse and features intricate guitar weaving between a clean electric guitar, a slide guitar, and an acoustic guitar- none of which get in the way of the other- only for Scott to come in with a voice evoking a southern rock vibe inspired by The Allman Brothers and The Black Crowes.  The song concludes with a thick guitar setting up a rhythmic phrase which is responded by the drums playing a fill, giving the impression that the second half of the song took the form of a free flowing jam in which the band followed a progression until the signaling guitar calls for the song to end in a tight fashion.  The song showcases not only the great song writing behind Real Ponchos- which is quite apparent on the rest of the album- but also the musicianship and cohesiveness of the band as a collective.

To The Dusty World is an excellently crafted album, proving to be a strong sophomoric release from Real Ponchos.  The band is able to blur the lines between genres and they flow between indie, folk, and rock textures, but remains grounded with their country roots, all the while creating rich soundscapes which complete and build upon the narratives told by Arsenault and Scott’s lyrics, as best heard on the closing track, “To The Dusty World”- a powerful conclusion to such an album.  All things considered, I am not a country fan, and I greatly enjoyed To The Dusty World.  Real Ponchos did an excellent job of making an album which will appeal widely, to country lovers, as well as many more!