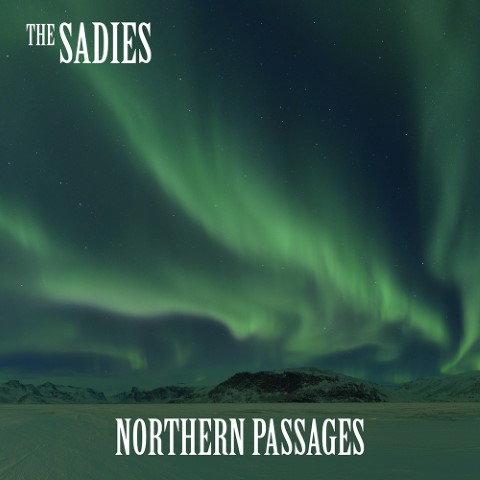 Northern Passage is the tenth offering from Toronto based roots rockers The Sadies – the first since signing with Dine Alone Records – and proves to be another strong addition to the bands discography; carrying on their signature sound. Rather than being a vehicle for experimentation, the record as a whole is a testament to the fact that mastering a genre can be equally as important as reinventing one. Combining a storytelling approach to songwriting, toe tapping guitar riffs, a solid yet uncomplicated rhythm section and vocal harmonies reminiscent of Simon & Garfunkel, Northern Passage drives home that mastery in a fashion that will surely garner the quartet a 2018 JUNO nod.

Arguably the highlight of the album is the first single, “It’s Easy (Like Walking)” featuring Kurt Vile, adding yet another collaboration to the long list of legendary performers the Goods et al. have worked with. With Vile taking the lead on the vocal duties over top of swelling guitars with a dash of keys adding an overall brightness the track is a feel good start number in dark days. Another stand out track, “Through Strange Eyes” hits the listener with catchy lyrics and an infectious, radio friendly beat which hopefully signals its likelihood of being a single.

As a whole Northern Passages is an easy listening reminder of just why you love The Sadies as much as you do… and we all do. Overall the flow of the record well balanced, though “Another Season Again”, the album’s second track, is a heavy hitter and, following a after the soft, folky number like “Riverview Fog”, can be a bit jarring the first few listens.