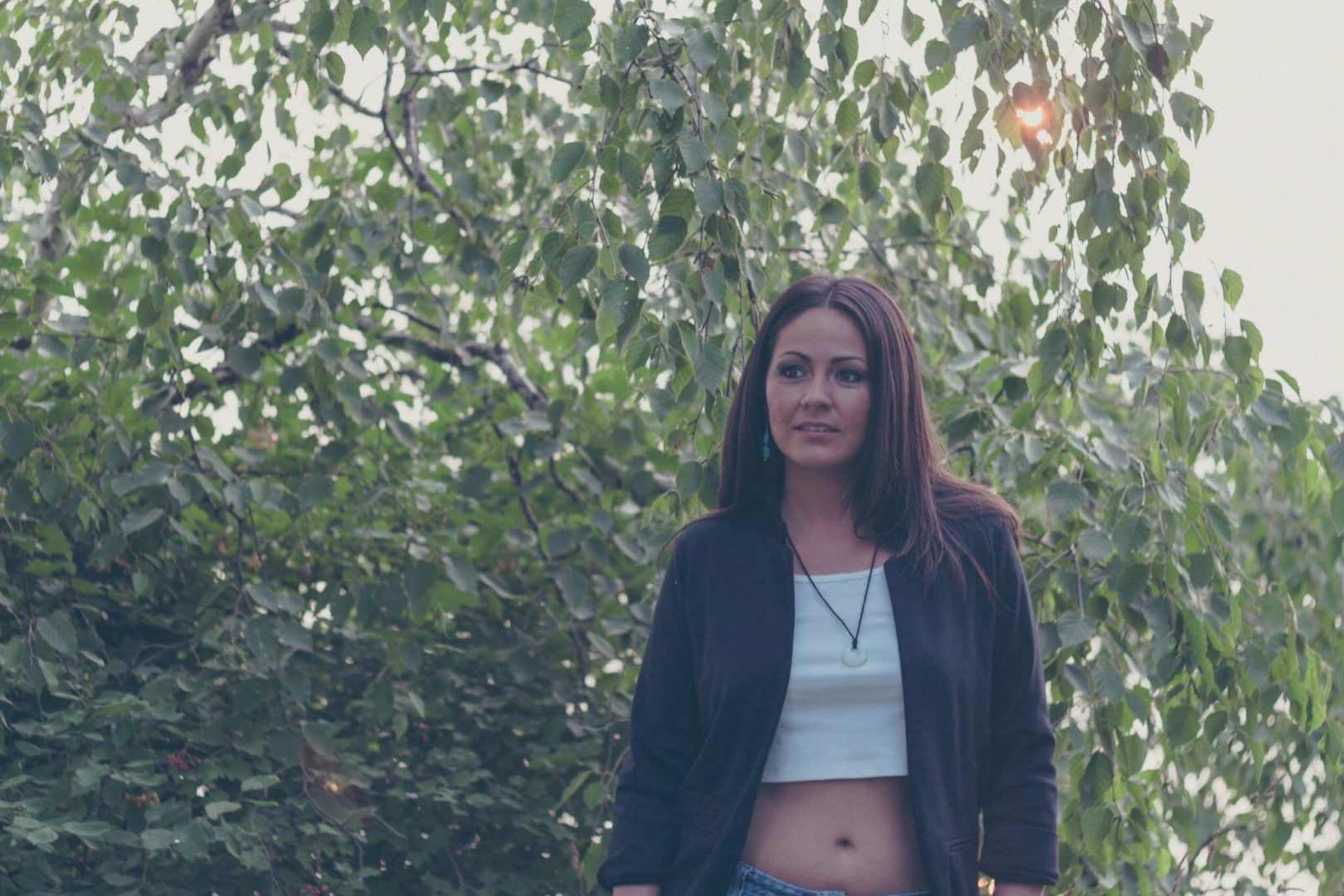 Peterborough, ON based artist, Missy Knott has been recording and performing professionally since 2007. She has won a Toronto Independent Music Award for Best Pop Album and also awarded an Indian Summer Award for Best Pop Song. We decided we just had to speak with her about her new music, which was produced by Crystal Shawanda, and much more!

My name is Missy Knott, I like long walks on the beach and hot peppers on my pizza. I’m a single mom with an Ojibway background, raising my daughter, Lyrik, in Peterborough.

All of the lyrics I write are generally about my own personal experiences, mostly about failed attempts at love and setting memories on fire. I’m a sucker for collaborations and I’ve worked with some beautiful people in this industry. Letting every one of them teach me something. Music is such a gift.

My next big show is my EP Release Party that is happening at Market Hall Performing Arts Centre on Friday, February 17. I was fortunate enough to receive a grant that sent me down to Nashville to write and record with Billboard Artist Crystal Shawanda. I called the EP “My Sister’s Heart” and I’m still very excited about this collection of work!

My live shows haven’t really found their home in a genre, but after my traditional shot of jäger, planting my bare feet on the stage and getting comfortable with the team I’m playing with I just kind of get lost in whatever I’m doing. I still have a very hard time opening my eyes!

Letters To You, track 1 off if the new EP, totally captured and embraced the style and sound I really want to have. It’s like a California Country thing… whatever that may be!

I’m obsessed with A Tribe Called Red right now! They’re Canadian and awesome! I’ve been listening to The Weber Brothers a lot, and of course Crystal Shawanda! There are so many amazing Canadian artists.