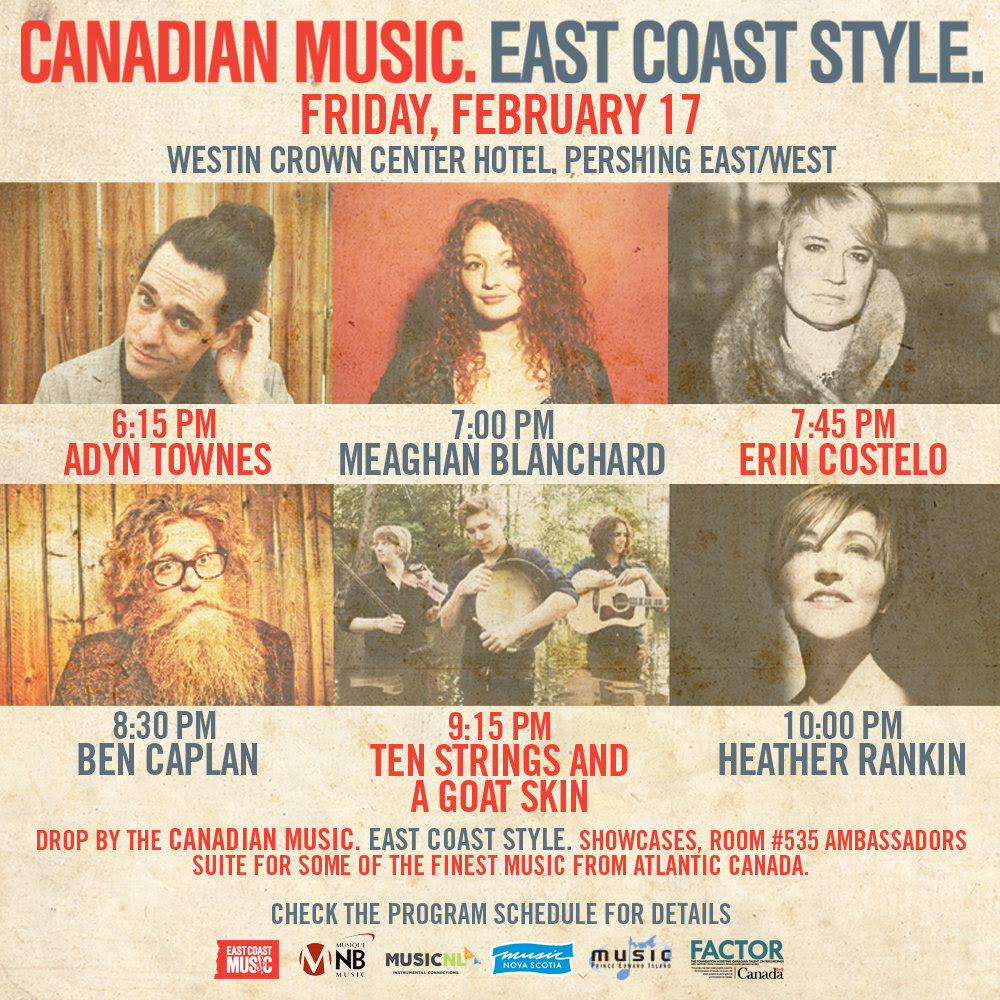 During the lead up to the evermore exciting East Coat Music Week more and more is being announced for not only fans in the Atlantic provinces, but international fans as well. ECMA, Music/Musique NB, Music NL, Music NS, and Music PEI are putting on the Canadian Music, East Coast Style Spotlight at the 2017 Folk Alliance International Conference, being held in Kansas City, Missouri from February 15th to the 18th. They’re showcasing more than 16 artists and groups, 6 management and companies, and organization representatives. Some of those being showcased include Meaghan Blanchard, Ben Caplan, Erin Costelo, Dave Gunning, James Hill and Anne Janelle, Chris LeDrew, Madison Violet, Gordie MacKeeman and His Rhythm Boys, Dylan Menzie, Heather Rankin, The Once, Ten Strings and a Goat Skin, Ken Tizzard, Tomato/Tomato, Adyn Townes and Vishtén.